The bowels of Hell, its lowest levels, is from whence the insidia arose. Bound by chains of treachery to their very flesh, they vie for escape and reincarnation back to the living where they may exist once more. 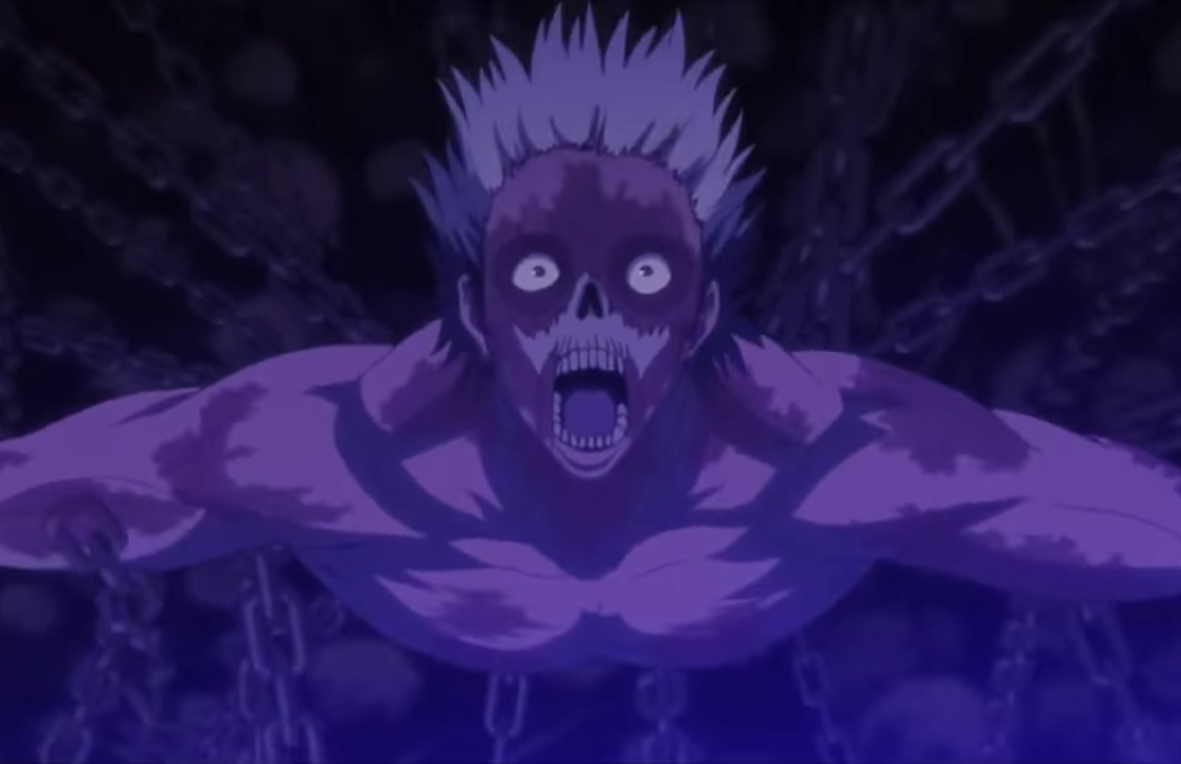 Insidia are humanoids with the complexion and look of undead. Their body often may be missing lots of skin, exposing the sinew and bone underneath. Most notable are the bloody chains that stick directly out of their bodies. These chains are nigh unbreakable and are said to tether insidia to whence they came, supposedly from the bowels of Gehenna, among the inactive volcanoes of Krangath.

The insidia were once normal people. However, in their living days, they committed great atrocities, particularly that of treachery. Thus, they wronged those who had helped them and loved them even. In doing so, their souls were not lain to peacefully depart to the Fugue Plane. Rather, they would be thrown down through the cracks of Nessus, into Gehenna. Their fall would not stop there. As they fell into Chamada, the lava would destroy their skin and the fumes would burn their eyes. Chains forged from the fiery depths would grow into their skin, eventually, painfully stopping their fall with whiplash. They would dangle there to be blown by the burning snow and ash of Mungoth until their chains would eventually snap, plummeting them down to Krangath. Here, the broken ends of the chains anchor down on the cold pumice. Insidia rise from here, pulling at their bonds as they try to climb their way out. These chains elongate over time, and after a certain length, their connection to the plane of Gehenna is imperceptible, making the illusion that insidia are free.

Insidia are often always outsiders. Those who make it out of the Hells by a miracle carry about them a strong stench of death and brimstone, alerting others to their true nature. Most remain stranded in the other layers of Gehenna and Hell. They are usually solitary beings which roam about. If they meet other insidia, they may make temporary alliances. But these never last long, as their natures and strong wills always seem prone to clash. Lesser devils love to pick on insidia, and will often pursue them with the intent of tormenting them and even dragging them back to Hell. People, therefore, do not like insidia or the company they bring, often denying them refuge in many towns. This ostracization has, however, been noted as a possible factor to insidia unpleasantness.

Insidia are extremely selfish. Most have yet to learn their lesson about their wrongs in life and are in denial. Many believe they have been unjustly punished, especially those who were perceived vigilantes , or even delusional lunatics. They feel very entitled to life and whatever they want. Whatever "allies" they make are only temporary means to their own desired end. It is very difficult to get along with an insidia or open them up. They are receptive to nostalgic experiences, however, drawing from projections of their own life. Insidia prefer often to be alone, seeing others as obstacles. Some are more considerate and aware of their cursed state, even wanting redemption, though these are rare.

Insidia are the worst traitors in history often. They kept their names from their past lives.

Chained turncoats risen from below
Ability Score Increase. Your Intelligence, Charisma and one other ability score of your choice increases 1.
Age. Insidia come back from death and do not age from that point, nor do they die of age.
Alignment. Insidia can take on mainly evil alignments, though a few good do exist.
Size. Insidia have varying builds like humans, though they often keep the stature they had from their living days. Thus they will still be muscular even in death. Your size is Medium.
Speed. Your base walking speed is 25 feet.
Chain Flail. Using the chains you wield like whips, you can make unarmed strikes with them. If you hit, you deal bludgeoning damage equal to 1d6 + your Strength modifier.
Undead Fortitude. Your body has endured such abuse that you are inured by pain. Your creature type is undead. You do not need to eat, drink, sleep or breathe, though you may consume food and drink if you wish. When you would be reduced to 0 hit points, you may instead drop to 1 hit point. You regain use of this trait after you finish a long rest.
Extraplanar. The insidia's homeplane is Gehenna.
Innate Traitor. You retain your bad habits from when you were a swindling living being. You are proficient in the Deception skill.
Chain Snare. You can trap others in your chain. As a bonus action, you can make a special attack with your chain. If the attack hits, it deals its normal damage, and the target is restrained until the end of its next turn. You can't use this trait again until you finish a short or long rest.
Languages. You can speak, read, and write Common, Abyssal and Infernal.