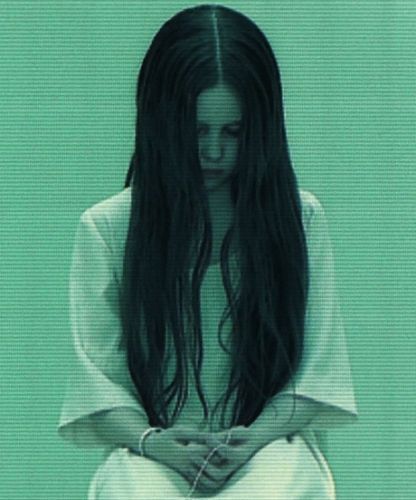 An example of a Devil Child (Picture of Daveigh Chase as Samara directly from the 2002 cult classic film: The Ring.)

Innocents appear to be young children on the outside and even act nigh identical to them. However, Innocents are still aware of their true nature and will show it if need be. One of the main reasons it is so difficult to find innocents is that they hid in plain sight. They blend in perfectly with children, and only masters of observation and the most attentive can find clues to their true nature.

First is the Devil Child. This creature is usually connected to a hellish figure, namely Satan, and was sent to the mortal realm to collect souls for him. However, some say that a Devil Child means no harm, and only devours souls due to their demonic instincts. There exists a tale of a girl named Lucy, a Devil Child, who came to the mortal realm. She encountered many allies and enemies, and as she grew to understand humans and the other mortal races, she began to shed her demonic ways. It is said that she is still out there, to this day, doing her best to be a kind soul. Many Devil Children are stated to be completely Chaotic Evil, though may are, in fact, Chaotic Good. A minute portion, like Lucy, even try to be Lawful Good.

Second, we have the Pure Bloods. These Innocents are always pacifists and do their best to end conflict when possible. They specialize in healing others and bringing peace to those around them. Adventurers, common folk, and even villains of all races and backgrounds have told tales of what they believed to be their demise. When they closed their eyes, they had accepted their fate. Yet, to their surprise, they eventually woke up, with their wounds healed. It is said that when this happens, the faint laugh of a happy child could be heard in the distance. Pure Bloods are always Lawful Good unless a law is specifically aiming to harm someone. They are always on the side of pacifism.

Last, but certainly not least, we have Spazzes. These Innocents contain more energy than a power plant. Jumping from place to place and thought to thought is completely normal among them. Spazzes are incredibly fast thinkers and runners. Their biggest struggle is attempting to focus and stay still. There have been a few accounts of people reporting they think they saw a child run past them at inhuman speeds, yet weren't quite sure, as it was moving too fast to truly tell. Although Spazzes are often trouble makers, they do their best to be Lawful Good, though they are more often Neutral Good or True Neutral.

Innocents have been regarded as "wonder children" throughout history. There are many different tales about Innocents, ranging from great heroic deeds to causing anarchy. No matter where you go, or how far back you look, you are sure to find these remarkable children appear in tomes and even wall carvings. Although they are called Innocents, they have been known to go by "Children of the Divine."

Ability Score Increase. Your Dexterity increases by 1
Age. You look as though you are an 8-year-old human, though your true age and species are unknown. Although is unknown how long Innocents live for, it seems they perpetually appear as a child.
Alignment. You can be of any alignment, though Spazzes tend to be neutral, Devil Children tend to be evil, and Pure ones tend to be Lawful Good.
Size. You are Small, standing at only around 4 feet in height.
Speed. You walk at a speed of 25 feet.
Child-Like. Your child-like appearances make you a master of getting what you want. You gain proficiency in the Persuasion skill
Languages. You can speak, read, and write Common and two others depending on your subrace.

Below are the three types of Innocents that exist. Pick one, and then choose the Child background.

Ability Score Increase. Your Charisma increases by 2.
Soul Salvation. You must consume one soul per 24 hours or suffer one level of exhaustion. You can only devour a dead creature's soul, and you cannot collect souls from undead or constructs. When you consume a soul, you regain a number of hit die the creature possessed, rolling the total, equal to your proficiency bonus. If this feature would put you above your hit point maximum, any remaining hit points are converted into temporary hit points. You may only consume a soul once per 24 hours, though you can store a number of souls in your body equal to your Charisma modifier (minimum 1). A soul held within you can be consumed at will, granted you haven't already consumed one within the past 24 hours. These souls remain trapped within you for a number of days equal to your proficiency bonus. Any souls not consumed within that time frame cause you to suffer from long term madness for a number of hours equal to the number of souls remaining.
Extra Languages. You can speak, read, and write Infernal and Abyssal.

Ability Score Increase. Your Dexterity and Constitution each increase by 1
Quick Footed. Your speed increases by 10 feet.
Innate Spellcasting. You know the Shocking Grasp cantrip. At 3rd level, you can cast the Longstrider spell as a 2nd level spell, though with the following changes:

At 5th level, you can cast the Blur spell. You can cast each of these spells once before needing a long rest, and you don't require material components to cast them.
Extra Languages. You can speak Goblin and Gnomish