The Hitakand race are an intellectual bunch. They tend to be curious and want to learn every reason behind every action. When greeted for the first time by a new friendly race, the Hitakand tend to shake hands and hold the hand of this new race a little longer trying to study it. 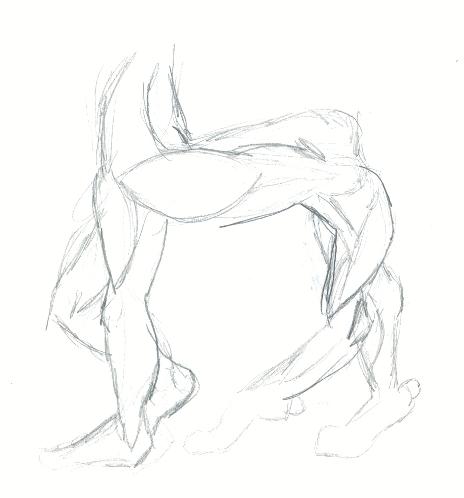 Hitakand stand between 7 and 8 feet tall and usually weigh between 200 and 280 pounds. A Hitakand, from the front seems to be a taller, thinner humanoid, but when viewed from the side you realize they have two long legs coming out of their lower back. These legs help for support in the swampy areas they call home. Their skin tone is anywhere from light grey to dark grey, with spots located on their back, tops of their back legs, tops of their hands, and backs of their front legs. These spots range in color most common are dark red, orange, brown, and black. The spots can even vary in color on each individual. Hitakand eyes can be any color. Hitakands can grow hair, but most choose to shave it off and proudly show their spots.

Because of their curious demeanor, the Hitakand get along with most of the other races, however Half-orcs tend to dislike, but deal with, the Hitakands. 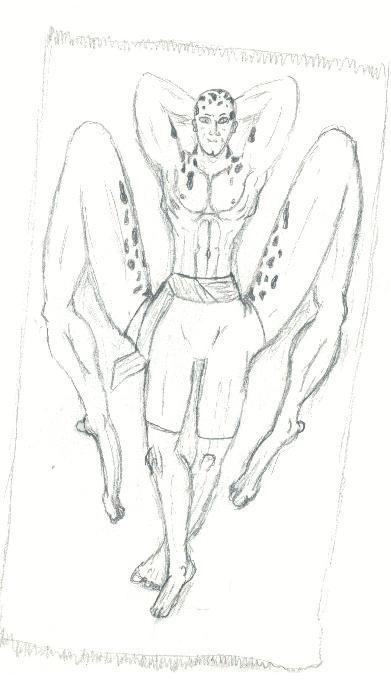 Hitakand laying on a blanket.

Hitakand lean more towards any neutral.

Hitakand find home in swampy areas. Although a lot of the time Hitakands will wonder off to gain more knowledge.

Hitakand have no defined religion, but some will adopt another race's religion if they find that race in particular interesting.

Hitakand speak Hitakan and Common. They enjoy learning new languages, and no language is beyond them to learn.

A Hitakand will be given a birth name, and use that till teenage years. When he grows old enough he will choose a name for himself. That name normally imitates a name from another race. 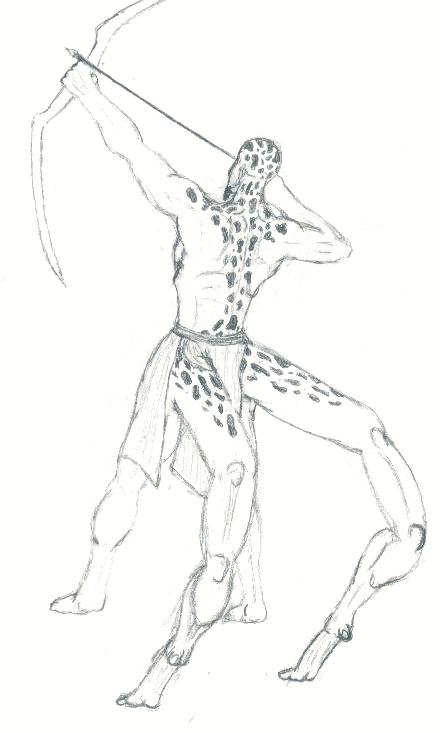 Hitakand using a bow and arrow.