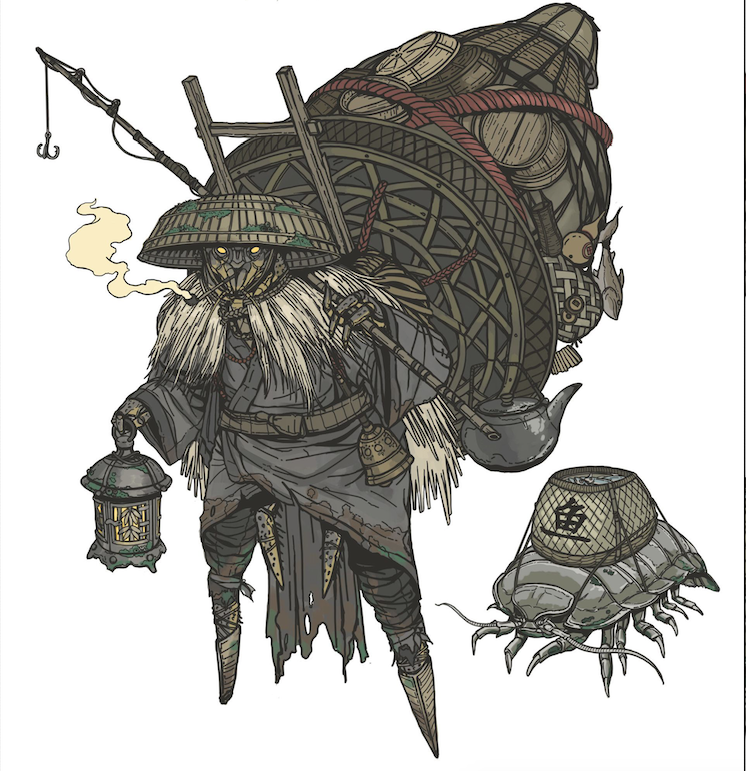 An example of one nameless Hermit.

"You are too concerned with what was and what will be. There is a saying: Yesterday is history, tomorrow is a mystery, but today is a gift. That is why it is called the present." -Oogway

Hermits range in various sizes, from small to large, and can include anything like clawed tentacles, multiple eyes, or just look completely normal. They tend to take the shape of whatever they believe will keep people away.

Hermits have existed for as long as life itself. They span across the world, bringing their wisdom and knowledge to all who will listen.

Hermits exist in Isolation for multiple years, some going as far as their entire life without humanoid contact. While most are considered "crazy" to "civilized society" most are actually quite functional, possibly just existing on another plane of thinking.

Because Hermits can exist without social interaction, Hermits tend to avoid names. However, when forced, they will make something up on the spot.

When creating a Hermit character, you can use the following table of traits, ideals, bonds and flaws to help flesh out your character. Use these tables in addition to or in place of your background's characteristics.