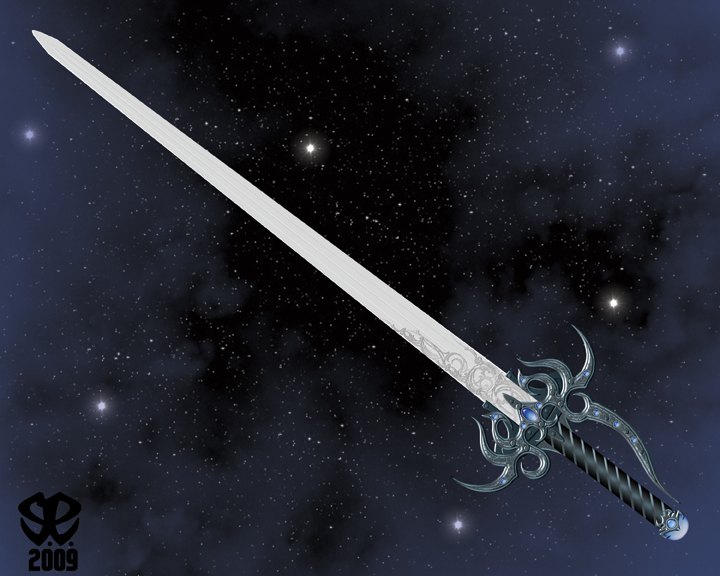 St. Havlok – Patron Saint of protectors and those that keep civilization safe. He wields a powerful Two-Handed sword that he uses in clashes with Orcus and various other demons & gods of non-human pantheons, Orcs, Giants and the like. He forms a bridge between the followers of Thor and Mielikki, working with both to protect the towns and villages along the edges of Civilization. St. Havlok is Neutral Good and his primary followers are Rangers, Paladins and Bards.

In 527 AD, under Imperator Orlun the Locem Empire aggressively expanded their reach. The Empire increased its attention to the North, building up a huge Army in hopes of conquering the lands between the Rhine and the North Sea. Their expansion and militaristic goals called for more and more wood and the deforestation of the nearby woodlands. The elves bravely and desperately fought to defend their forest home, but the military might of Locem mercilessly slaughtered them in their desire for more wood. Eventually a full 3 legions conquered the area, including capturing the Elven Court. Legend has it that a human member of the Emperor’s body guard, Havlok Grimjaws, refused to follow orders and slay the Elven court. Havlok had been captured in his youth and grew up a slave and trained in the Hobgoblin Army. Instead he lead the refugees to safety, resulting in his own banishment. Desperate and faced with utter annihilation, the elves turned to Elven High Magic and called forth an enormous tidal wave from the North Sea instantly destroying all of the Locem encampments along the coast and for almost 400 miles up the river Rhine and others.

After the destruction the region was thrown into turmoil. Stories arose of a noble warrior that would save whole villages from monsters and disfigured beasts. Always with a celestial sword appearing in the sky seeming to lead him where he was needed. For several years Havlok was a shinning beacon of hope to a lost region. Almost 3 decades later Tyr appeared to lead the Cavalcade of Justice, in which Tyr allied himself with Athena and Corellon, and led a host of archons and angels against the evil forces of the empire. In the final battle Havlok lead a combined force of humans alongside a host of dwarves lead by Bråk Silverbeard Fighter dedicated to Clangeddin. Called the Brotherhood of Sword and Axe they helped turn the tide of battle and seal the win for the forces of good.

Summoned into the presence of Tyr it was at this moment that Havlok’s true nature was reveled. He was an Aasimar, and in fact a descendent of Tyr. Due to his bravery and perseverance Havlok was accepted by Tyr and ascended to become an Exarch of Tyr. Havlok established the Knights of the Virtuous Sword, an order who emphasize the "good" part of their dedication to Tyr. Over the centuries Havlok and his followers have been found helping to defend the borders of civilization. Due to this Havlok developed a close relationship with Vandria Gilmadrith, the Elven goddess of war, eventually leading to their marriage. He has also worked with Clangeddin to battle many non-human deities. The most famous has been countless struggles with Orcus and his Undead and Orc hordes.

Oath of Justice: Those paladins that are focused on doing what is right, whether from a philosophical or procedural standpoint, have the option of taking the Oath of Justice. Paladins of Tyr and his allies (Athena, Corellon, and the couple Vandria & Havlok) make up a majority of those taking the Oath of Justice. Tyr’s followers generally embracing the more lawful aspect of justice have organized themselves as part of the Knights of the Holy Judgment. Havlok’s followers embrace the good aspect of justice and are welcome to join the Order of the Virtuous Sword.

The Oath of Justice is related to the Oath of Devotion and Vengeance, drawing many of their abilities from each of them. From the Oath of Devotion they gain Channel Divinity options, Purity of Spirit and Holy Nimbus. They are also dedicated to pursuing those that have violated the concepts of justice and they will use the same Oath Spells as the Oath of Vengeance and Relentless Avenger.

Judgment. Pursue information before passing judgment, but once rendered a judgment shall be enforced. Judgments can only be revisited based on additional information.

Harmony. Justice should cover both the individual and society and should strive to be in balance.

Fairness. The just and reasonable treatment of all in accordance with accepted rules or principle.

Sacred Weapon - As an action imbue weapon with positive energy for 1 min. +Cha mod to attack rolls, bright light for 20’ and dim light for 20’ beyond that.

Turn the Unholy – Present weapon and all Fiends or Undead within 30’ must make Wis save or flee for 1 min.

Relentless Avenger By 7th level, your supernatural focus helps you close off a foe’s retreat. When you hit a creature with an opportunity attack, you can move up to half your speed immediately after the attack and as part of the same reaction. This movement doesn’t provoke opportunity attacks.

Purity of Spirit At 15th lvl you are always under the effects of a protection from evil and good.

Holy Nimbus At 20th level, as an action, you can emanate an aura of sunlight. For 1 minute, bright light shines from you in a 30-foot radius, and dim light shines 30 feet beyond that. Whenever an enemy creature starts its turn in the bright light, the creature takes 10 radiant damage. In addition, for the duration, you have advantage on saving throws against spells cast by fiends or undead. Once you use this feature, you can't use it again until you finish a long rest.

Brotherhood of Sword and Axe[edit]

Due to the alliance with Clangeddin followers of Havlok will generally choose blades over axes. They leave the axe wielding to their dwarven “brothers”. The camaraderie and competition has lead to many a broken mug and orc skull.

In times of need Havlok will manifest a Celestial Sword in the sky to show his followers where they are needed. It is considered the greatest heresy to ignore the summons.