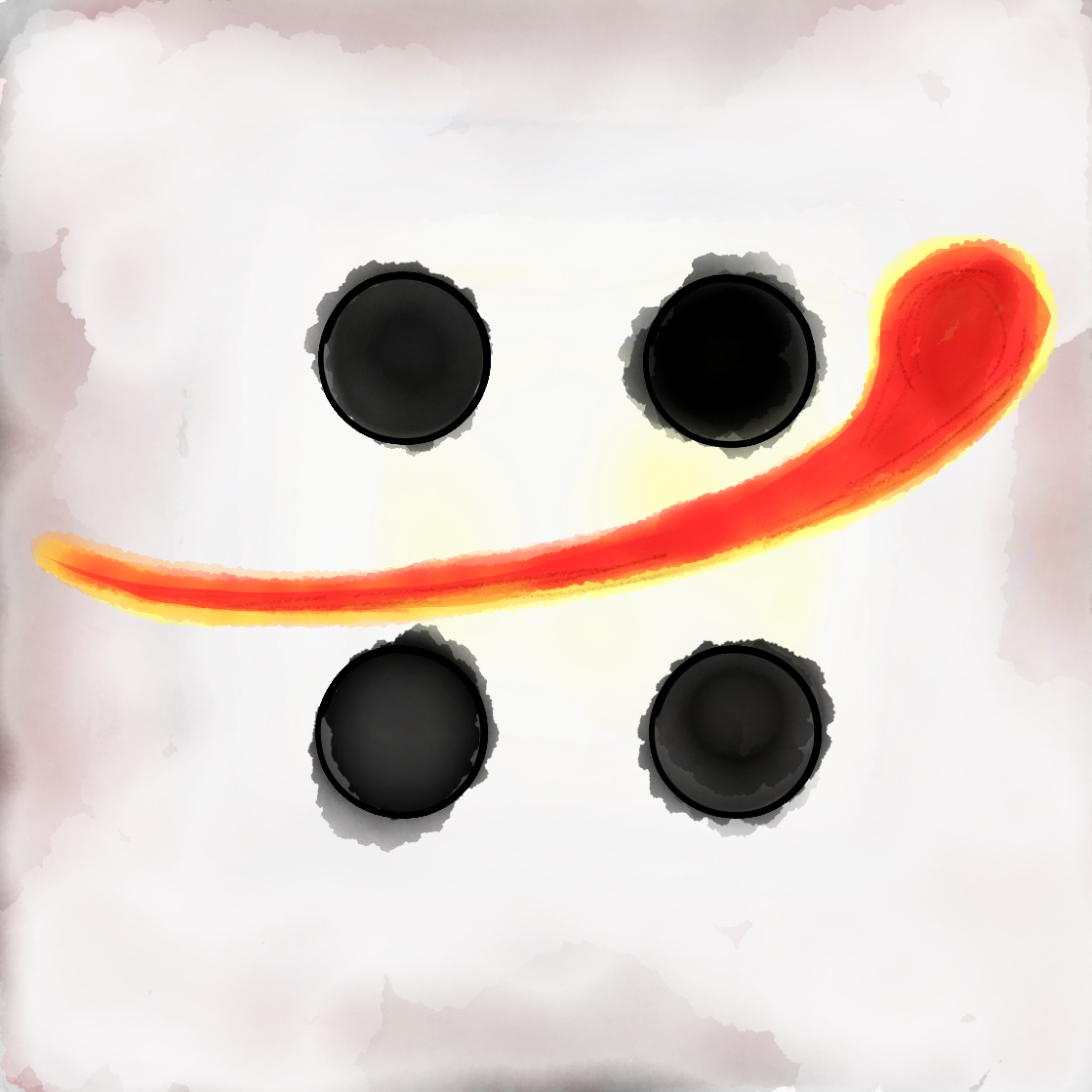 Four dots in a square with a curved line running horizontally or vertically between them.

Ha'a'a has told so many lies no one is sure of anything. Is Ha’a’a female? Male? Both? Neither? Something else entirely? Neither Gods nor mortals know what to make of this capricious being. It is simultaneously mocked and feared, popular and mysterious, loved and reviled. She doesn't have many worshipers or followers and does not appear to want them – another way He perplexes other denizens of divine realms. Perhaps there is truth to The Downfall of Milnor The Mirthless - that the sound of laughter is really calling out a prayer to Ha’a’a.

The tales of cunning and cleverness and charm that make up this god's legends are varied, but creatures that suffers a lie, theft, or con from Ha’a’a tend to end up better for it one way or another. In Legend of The Titanic Trick, Ha’a’a appears first as a cowardly worm who eventually tricks and barters His way to Godhood. The Raven and The Wren is another famous legend of Ha’a’a told in many ways, where the birds explore the boundaries of life and death as two discrete forces that infuse all things with their absence and with their presence.

No matter the bard or the book, two themes are consistent in all the legendary antics: transformation and trickery. Many changes She is involved in alter the balance of life, non-life, non-death, and death. Some theologians claim to understand what this means, but most view Him as somewhat insane and look no further.

As a trickster, He is often selfish and seeking some gain or advantage. It is also likely to play a trick for the fun of it. Strangely, these pranks tend to result in some significant greater good for the victim, especially when the target is a good or innocent creature. Malicious and evil creatures tend to not reap this reward, or find themselves doing good in pursuit of the reward.

Ha’a’a has been barred from living in the divine realms by the elder gods of most pantheons. He can visit, but is not welcome to stay for long. This leaves It to wander the worlds, playing with mortals. She has no single form. It could be your cutting block today, a bird tomorrow, and a gale the day after. When in mortal form He tends to be someone innocuous but critical, like a maintenance worker with access to the entire keep – even the special places.

Worshipers are rare but can be identified by their holy symbol: four dots in a square with a curved line between them.

Ha’a’a tends to choose mortals to meddle rather than attending go worshipers or clerics. It has been known to grant power to these mortals without warning, turning them into Sorcerers. In these cases Ha’a’a may grant access to strange magics that are not usually associated with sorcery, including clerical magics. It is not clear what purpose, if any, is associated with this gift of power, but some scholars and diviners believe that Ha’a’a stays close to It’s chosen mortals by taking the form of mundane objects that the person interacts all the time.