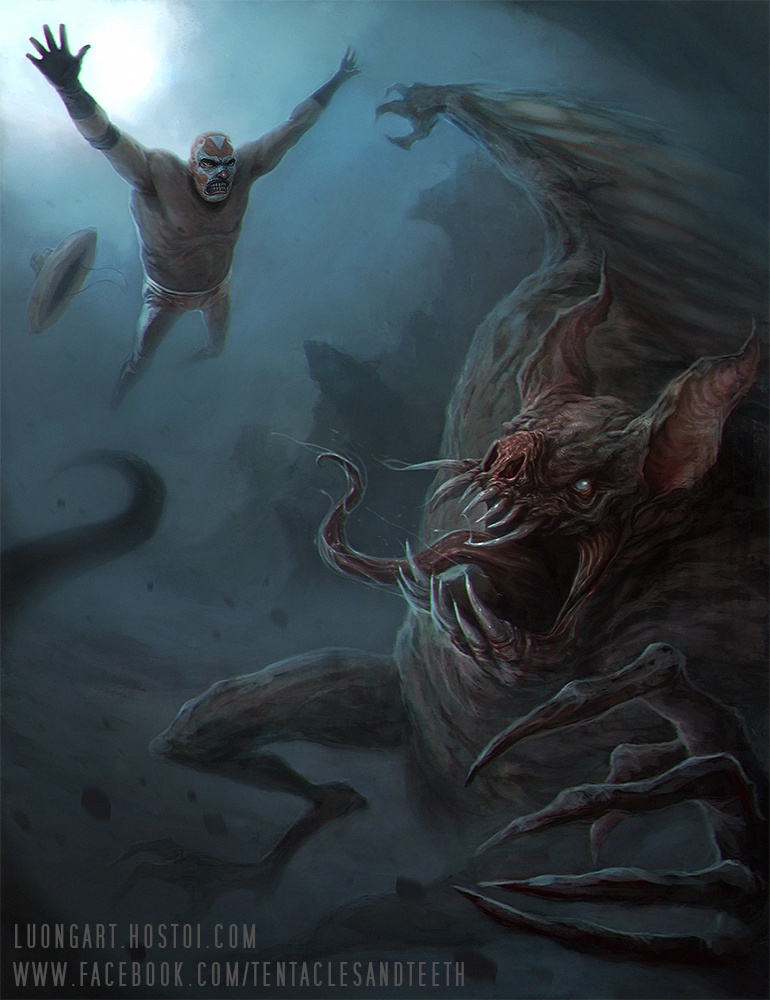 Gucamelee, also called The Holy Guacamelee, loves watching a good fight. He wants his followers to be the strongest combatants in the realm. Those who use no weapons may praise him as god, and as long as they fight for his honor. He encourages friendly competition amongst his followers to prove who truly is the strongest from their temple. Individuals who beat enough opponents, may gain his favor and become his champions. Those who do are blessed with holy wrestling artifacts once worn by the mortal Guacamelee before he ascended to godhood by beating Gruumish himself in an arm wrestling competition. A champion of Guacamelee must be careful. If bested in combat too many times, he will loose all blessings given to him or her. Although he cares greatly for his followers, he only allows the strong to preach his name. Those who retain his championship until their death, are allowed to join The Holy Guacamelee's side in Bytopia as demigods. Any fighter, good or evil, may call him their god. Under his holy symbol, they are a family. Only friendly competition is allowed between them. If one knowingly takes anothers life, then they are cursed by The Holy Guacamelee and cast out from their temple.

His temples are few and far between. But there is one in almost every country. They're large stadiums with a wrestling ring in the center. Most come equipped with a bar and inn. All are welcomed but first you must prove your worth by besting an opponent in the ring. Every century, Guacamelee's worshipers gather from all around the globe to participate in the WWWS. The World Wide Worshiping Smack-down. They compete in the tournament to prove whom among them is strongest. The victor is blessed with Guacamelee's personal hell hound. Jorge (Imagine a small chihuahua wearing a luchador mask and occasionally a sombrero. That's him). Jorge gives his new master a +3 to grapple. Jorge and the champion do share a empathetic link, however. Even if his new owner does not meet the requirements to have a familiar, he can still be blessed with Jorge. If Jorge dies in battle, he returns to Guacamelee's side in luchador heaven, waiting for the next tournament. (Exact stats of Jorge are up to DM's discretion. Along with any other Guacamelee artifacts.)