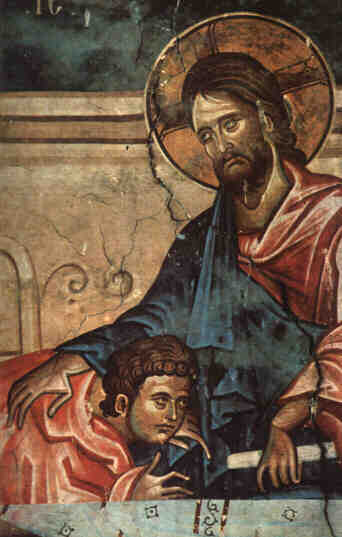 The religion of God is a monotheistic belief in the triune God: Father, Son and Holy Ghost. They believe God created the entire universe, earth, and all that inhabit it. The belief in God also believes in Jesus Christ, the Redeemer of mankind from eternal doom in Hell. For when Adam and Eve sinned in the garden of Eden, they were no longer righteous in the sights of God, and only through Christ would that righteousness be redeemed. He came to the earth as a perfect man, wholly man and wholly God, through the Virgin Mary. He grew up as a man, bled like a man, and suffered like a man. At the end of His first life, preached for a few years before He was crucified on a cross. His body was put into a burial chamber (more so a cave). To prevent Him from leaving, as scriptures had told He would rise again, the Romans placed a huge boulder at the entrance to the cave. On the morning of third day after His death, He rose again and conquered death. Christians (followers of Christ, or "little Christs") believe in many set laws laid down by Christ. Ten of these are the Ten Commandments. Jesus Christ ordered his followers that they should, as the most important commandment of all, was to "'Love the Lord your God with all your heart and with all your soul and with all your mind.' This is the first and greatest commandment. And the second is like it: 'Love your neighbor as yourself.' All the Law and the Prophets hang on these two commandments." -Matthew 22:37-40. In addition, they were to travel all the land and spread the news of the good King to anyone and 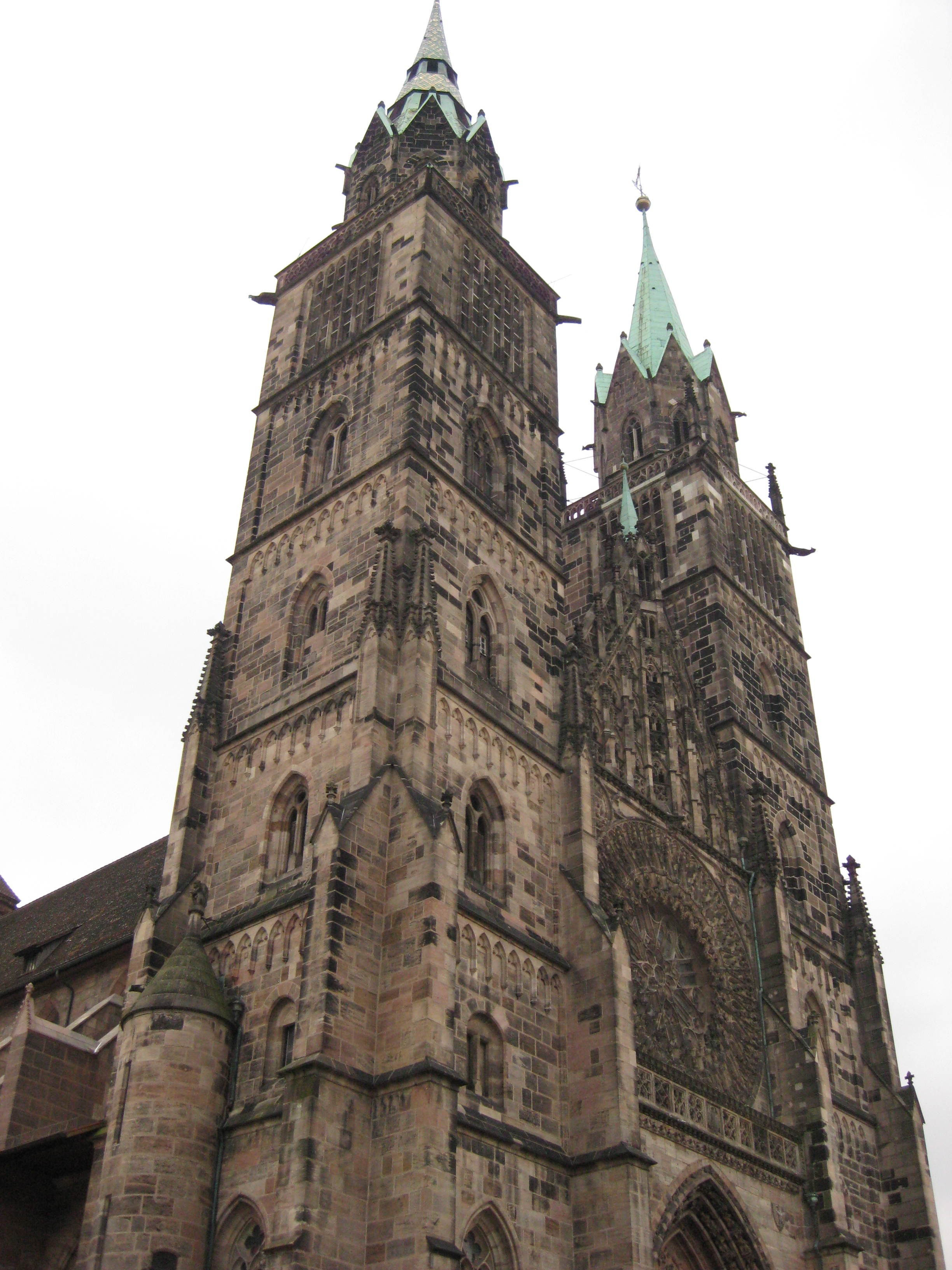 A typical place of worship.

everyone to save as many from being condemned to Baator, or Hell. God, or Jehovah, is viewed as the God of All Creation, Love, and Mercy, for He is all that is good and just and created all that exists. He is also a jealous God, for He is not pleased by those who worship other gods. Nobody is out of the reach of His grace and mercy (and also His wrath). He loves all and welcomes any and all into His Kingdom as long as they are a believer in the Savior Jesus Christ, the Messiah. The Bible is the holy text of the religion. Separated into Books, Chapters, and Verses, it lays out the several historical events of God's people. The main reason for this is to show the love and power of the Lord God, Almighty: the Alpha and the Omega. God is an immortal being, reigning from Heaven and through the whole universe for all eternity. His followers are taught to love all others, and not to judge, for the final judgment will be the Lord's. While it is right to do the good thing, good deeds do not, according to the faith, obtain righteousness. Only belief in Jesus Christs obtains that righteousness. Followers of Christ are to put worldly things behind, for they will not be taken into the after life. They are taught to bow to no one, for Man cannot bring true happiness nor forgiveness for their sins. Prayer is the most powerful ability for a follower of Christ. A follower should pray in the morning, at each meal, throughout the day when trouble happens, before they go to bed, when they see a cruelty, when miracles happen, when good things happen, when bad things happen, when the little things happen, etc. The Lord God is a follower's Heavenly Father first and foremost, but the Lord seeks to be our best and greatest friend and love. The religion, or faith, should be one of spiritual intimacy. The religion is a relationship with Christ, for a religion is nothing but a set of rules, while Christianity is a relationship with their God. Most faiths state that by following the rules and doing this or that, you will become closer to God. Christianity states that by a simple prayer and having faith and hope, you are now under the Lord's wing and are one with the religion. You start out near the deity and work your way into following the rules. No follower can follow every rule of the religion, for they are not perfect. They are sinners. God loves His children more than anyone or anything could ever love them in the multiverse. Tithing is another important part of being a Christian. Jesus once said, “Give to Caesar what is Caesar’s, and to God what is God’s” Matt 22:15-22). Tithing means giving 10% of all earnings to the church, God says if we are faithful in tithes & offerings, He will open the windows of heaven and pour out abundant blessings (Malachi 3:10-12; also Proverbs 3:10). Unlike most other deity's in the D&D cosmology, God can be given no statistics for battle, for He is everywhere and everything and has power over everything. At the same time though, man has been given the power of free will, allowing them to make their own choices. The archdevil, Satan or Lucifer, a fallen angel who tries to show God how corrupt man is, deceives man. It is man's choice to follow what the devil tells them or to follow the truth: the word, commandment, and love of the Holy Father, Jehovah. The Bible, the book of God's people, was originally written in Hebrew. For God's people were the Hebrews. To save His children from their sin, He sent His Son, Jesus Christ, a Hebrew, to save them. God's manifestation resides in Chronias, the Seventh heaven, for no other place is more perfectly suited for him, perhaps his greatest angel is Zaphkiel, who like god, is mysterious and kind. While in the D&D cosmology it is impossible to deny the existence of other gods, who very frequently come down onto worlds in the flesh, Christians regard these gods as inferior to their own.

6 I am the Lord your God, who brought you out of the land of Egypt, out of the house of slavery;

7 you shall have no other gods before me.

8 You shall not make for yourself an idol, whether in the form of anything that is in heaven above, or that is on the earth beneath, or that is in the water under the earth. 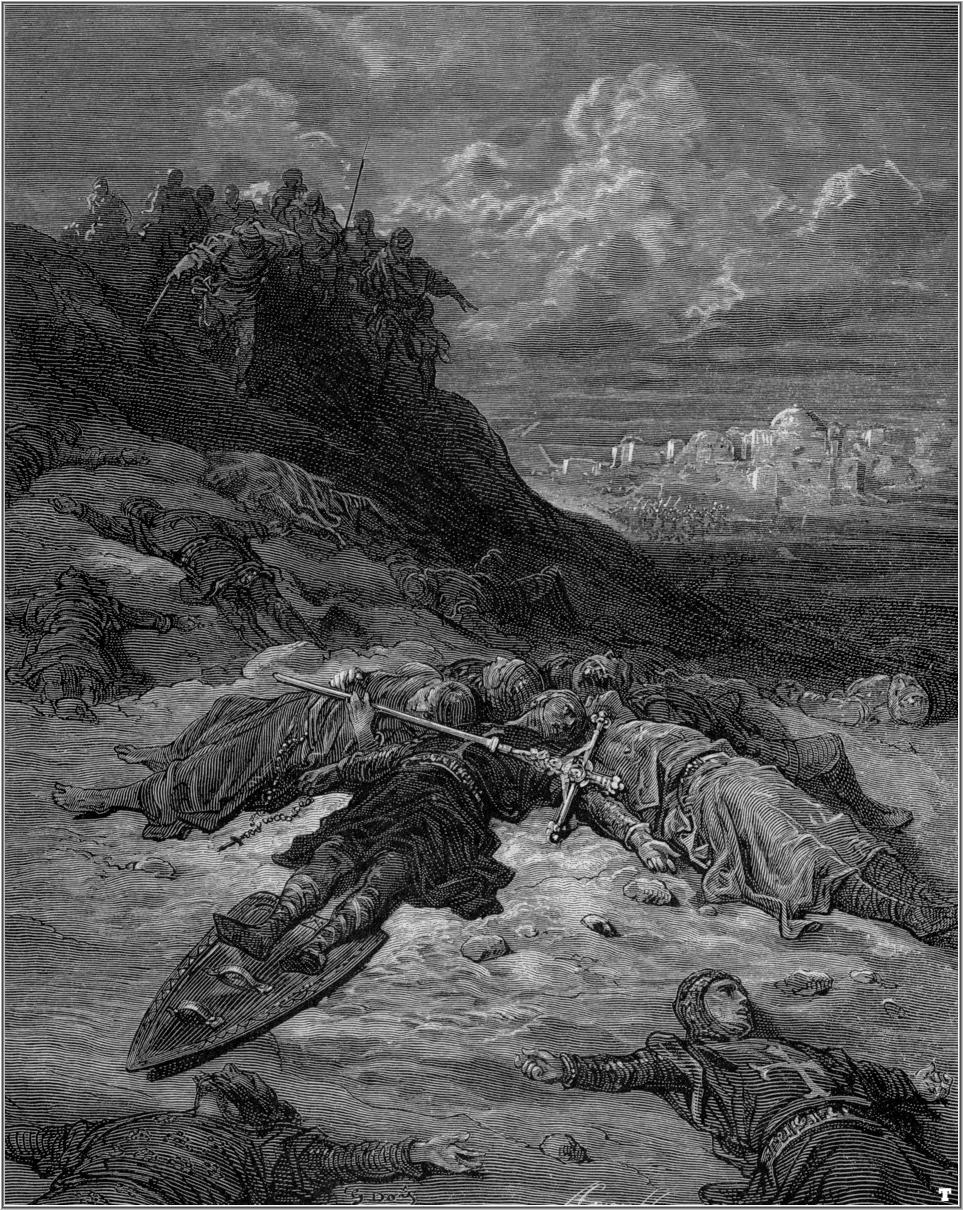 Fighting, conquering, and dying in the name of the cross.

9 You shall not bow down to them or worship them; for I the Lord your God am a jealous God, punishing children for the iniquity of parents, to the third and fourth generation of those who reject me,

10 but showing steadfast love to the thousandth generation of those who love me and keep my commandments.

11 You shall not make wrongful use of the name of the Lord your God, for the Lord will not acquit anyone who misuses his name.

12 Observe the sabbath day and keep it holy, as the Lord your God commanded you.

13 For six days you shall labour and do all your work.

14 But the seventh day is a sabbath to the Lord your God; you shall not do any work—you, or your son or your daughter, or your male or female slave, or your ox or your donkey, or any of your livestock, or the resident alien in your towns, so that your male and female slave may rest as well as you.

15 Remember that you were a slave in the land of Egypt, and the Lord your God brought you out from there with a mighty hand and an outstretched arm; therefore the Lord your God commanded you to keep the sabbath day.

17 You shall not murder

18 Neither shall you commit adultery.

19 Neither shall you steal.

20 Neither shall you bear false witness against your neighbour.

On the Creed of the Christian Faith (Catholic Version) 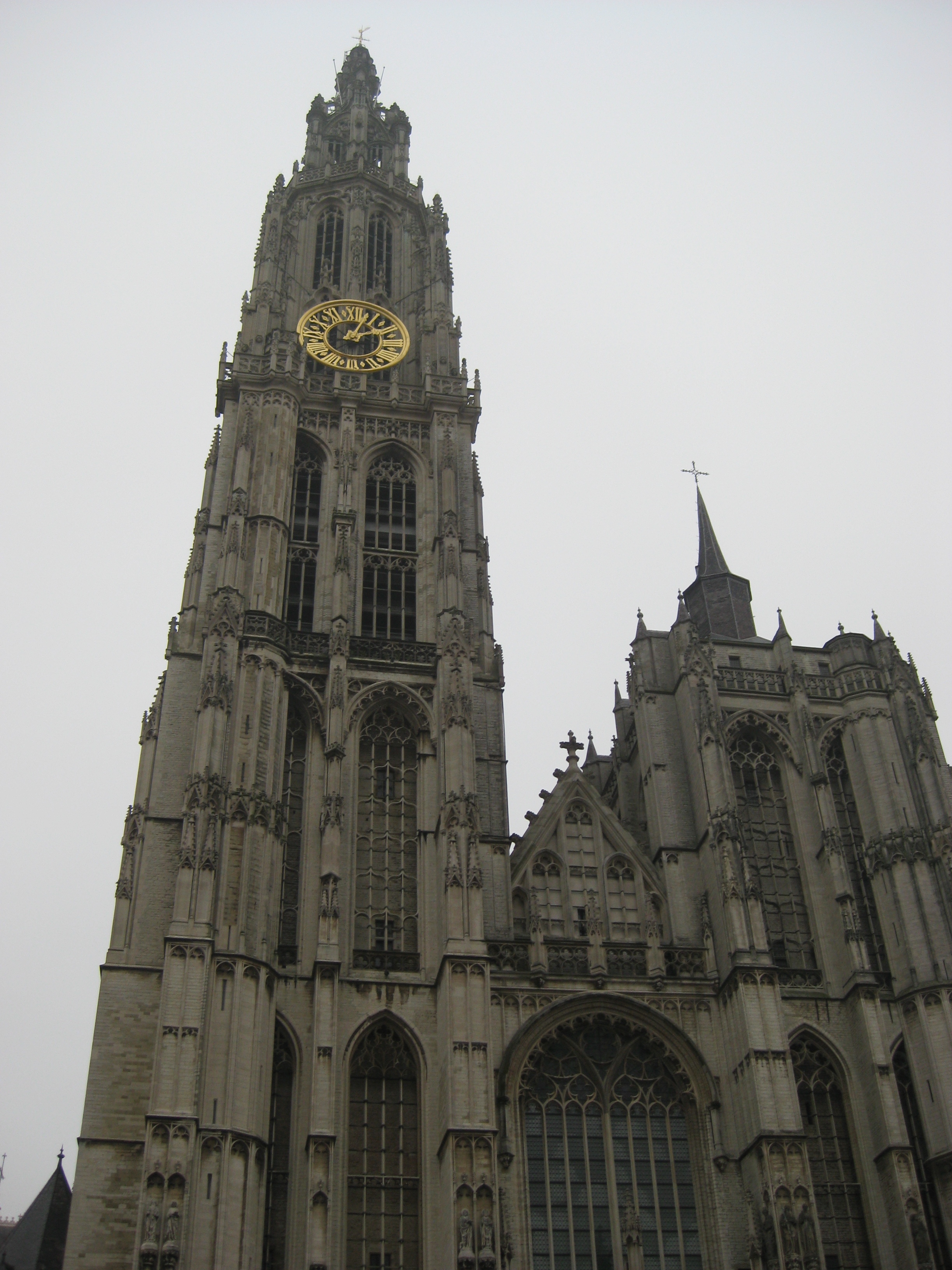 A typical place of worship.

In a Protestant church, Christian clergyman come from all sorts of backgrounds. They wear any clothing, for all men and women are the children of the Lord. Generally, to show respect though, clergyman will wear a dressy clothing style. Their temples are usually in the shape of a beautifully constructed house. They adorn a cross at a high point of the architecture, and are adorned with stained glass. Their temples are called the House of God, where the Body of Christ (the worshipers or the "Congregation") shall gather and share witness and testament to their faith. It is also a place of remembrance for Jesus Christ, the Savior, to remind them of what He did for them. Each first Sunday of every month, Communion is observed by followers. During Communion, Christians eat a ceremonial bread and drink a wine or a juice to remind them that Jesus bled for their sins and that they are saved through Him. In a Catholic church, Christian priests wear cassocks, which are black garments with black tab collars that resemble a simple robe. The bishops wear black cassocks as well, only with a red sash around their waists. The Pope always wears white. During the Mass, which is the sacrifice of Christ renewed for his people so that they might eat his flesh, the priest or bishop will wear special garments. During the "Asperges Me" he sprinkles the congregation with holy water while wearing a gloriously adorned cope. Then he will change into a simple chasuble with the corresponding colour of the Church year (Green, Black, Purple, White, Blue or Red). The bishop also carries a golden crossier and wears a beautiful miter. The Pope, the highest bishop, the highest clergyman of the Catholic church on earth will at times wear a very large diadem. Christian monks and nuns wear black, white or brown robes. The nuns wear black habit if they have taken solemn vows, while the postulants wear white habits. Monks shave their head in a tonsure.

Their chapels, churches and cathedrals are beautifully adorned with many statues of the saints, Mary and Jesus. The focal point of all Christian Churches is the stone altar, above which there is a crucifix with the bloody body of Christ displayed upon it. The windows are coloured, displaying often the mysteries of the rosary or a saint's life or the stations of the Cross. The people kneel and sit in wooden pews. Silence is observed before, during and after Mass, although a choir will sing at High Mass, accompanied by a very quiet chapel organ which may have many glorious golden pipes. The language of the Mass is Latin, the ancient and precious language of the Christian Church and Christian Scriptures and Tradition. Although, Jesus Christ was a Jew and the main followers of the Old Testament were Jewish. Hebrew was spoken by most of them before Latin was. Hebrew is where the Latin translation got its information. Being able to understand Hebrew allows the follower to go back to the very basics of the faith.