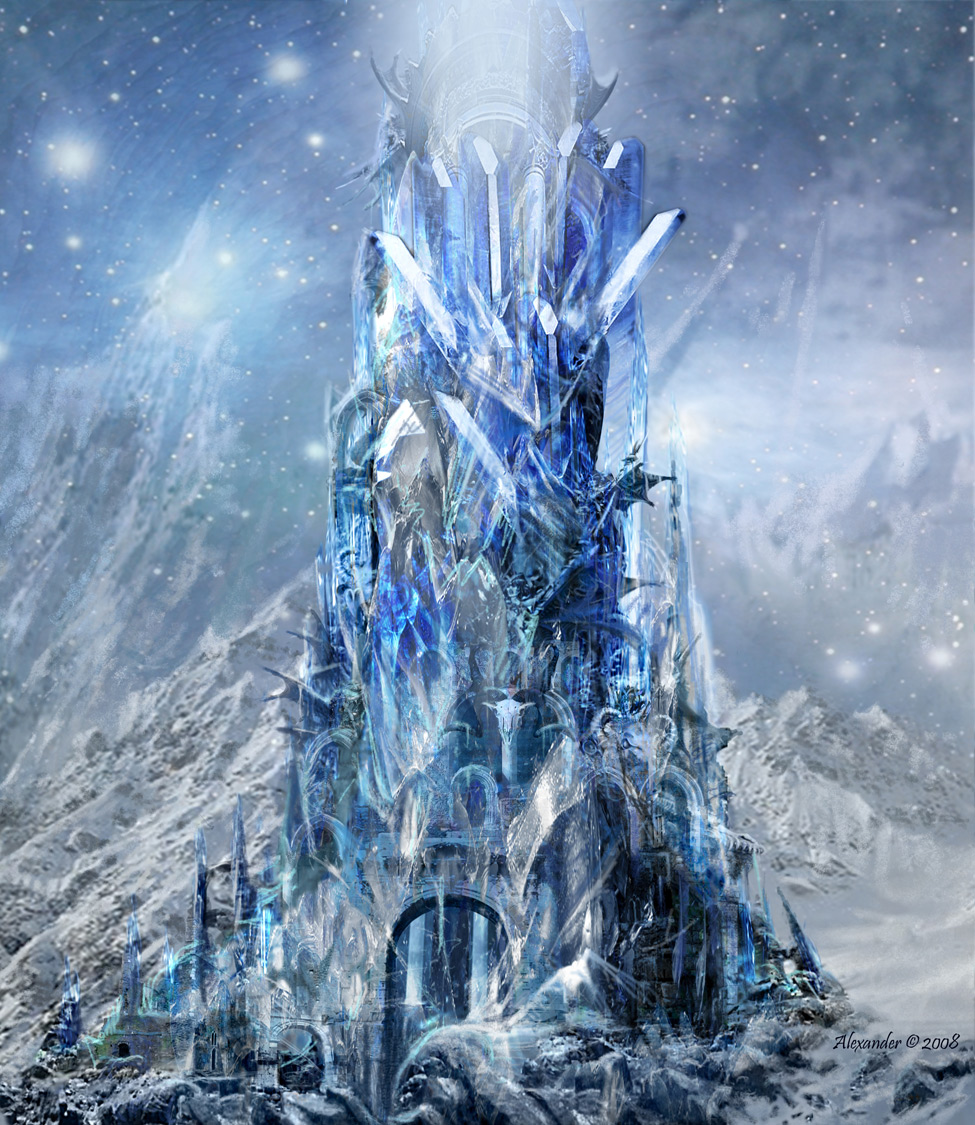 The underground fortress-turned-capital Frorestone (The Dwarven City of Stone and Ice) is located in the cold northern country of Blüdfrost, within Mt. Frostfrail. It is the capital city of the arctic dwarven Kingdom of Frore, which is spread across the northern. The Frore King, a relative figurehead, sits in the center of the King's Pass, but the main power lies in the Council chamber where Clan Elders meet. The city houses a population around 19,000, predominately ice dwarfs.

Frorestone is an ancient dwarven fortress chiseled into the very ice of Mt. Frostfrail. The King’s Pass, the main road which cuts through the heart of the city and the mountain, has it’s exits on the Eastern and Western sides of the Mountain. The Eastern side is considered the main gate, as most visitors come through it. The entrance is a intricately carved arch standing 17 stories high, with glyphs depicting heroes of the town carved into the ice-cold stone. The western gate exits out to an ocean-front view, dominated by the Kingdom’s docks. Workers and city-dwellers typically only see this side, as it is rarely used for non-commercial product travel.

The town is fortified into districts. Each district houses it’s residents and small secondary market districts capable of sustaining it’s district inhabitants for small lengths of time. Fail safes exist where each district can close it’s gate if the city is under attack in order to prevent a particular district from falling, to save lives, or to slow an enemy. The city is the most well defended and fortified in recorded history, as it regularly has to prevent undead infiltration from the Lich living on the top of Mt. Frostfrail.

The city produces large numbers of quality weapons and armor, many of which are sold throughout all of Valgora. The blueice mined from the depths of the mountain is used for magical weapons and brings in high prices.

The city of Frorestone is in a constant state of war preparation, always training its dwarves to be at peak fighting condition and preaching the values of being ready for any tricks the undead, or the icy terrain itself, might try.

Frorestone lives under a state of martial law and criminals are dealt with severely. Criminals have a quick trial and the punishment is exile on the frigid plains of Bludfrost. They are branded as criminals on the forehead with a dwarven symbol, but are given weapons and gear sufficient for survival against the elements. Small time criminals (thieves) are branded on both hands (symbol of a coin) and are often forced to work off their debt in the mines or via the constant attempted reclaiming of the Eastern Ruins.