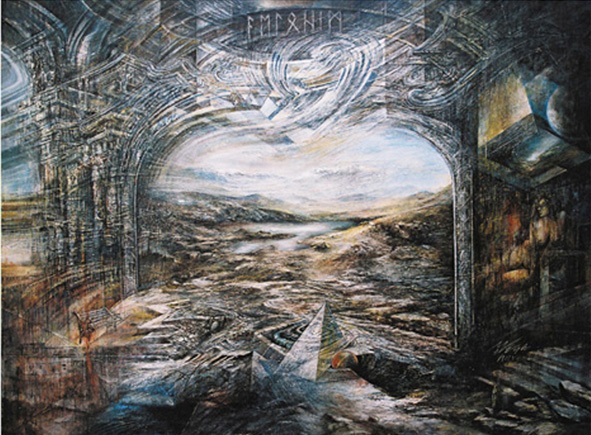 The proudly-presented 1st edition of Houserule gives us a view into the world of magic.

Magic can, in most settings, be described accurately as a science. It follows rules and laws, causes tangible effects on the environment, and it can be studied and understood. Also like a science, there are many theories and hypothesis among arcanologists as to what makes magic tick. Some theorize that lightning bolts are called from the god of lightning through prayer. Some theorize that the air itself is made to rub against itself, producing static electricity much like in a cloud, and this natural product of physics is manipulated to form lightning. Still others theorize that what actually happens and why the spell occurs is based purely on what the spell-caster believes happens. If the caster is a follower of faith, the gods produce it. If the caster is a true "scientist", as much as a wizard can be, he may understand physics and nature, and assume he is replicating the effects present in a storm cloud. The method by which magic occurs is mutable, but a good DM should determine the rules his setting follows in order to provide creative scenarios for his player, such as making lightning bolts fail in a room with no air because there is no air to move and produce friction.

"The firelight dimmed as he began to speak. The story he told was a fairly well known one, but the way in which he told it brought it to new light. Weaving magic while he spoke, he brought the sounds and smells of the story to life. Everyone listened entranced as he told them of the damsel’s capture, complete with the slight smell of perfume and the sounds of evil laughing. They all gasped in shock as he told them of the vile monsters used to guard the villain's tower, and shuddered when he magically painted their picture on the walls. When the hero arrived at the tower, the audience cheered with delight and howled their approval as he cut his way through the enemy. When he finally confronted the evil mastermind in his lair, the lights in the inn darkened ominously and a slight chill filled the room. The sounds of weapons clashing in mortal combat filled the room as he described their final battle to the finish."

-From the Tale of the Seeker, Prestidigitator (3.5e Prestige Class)