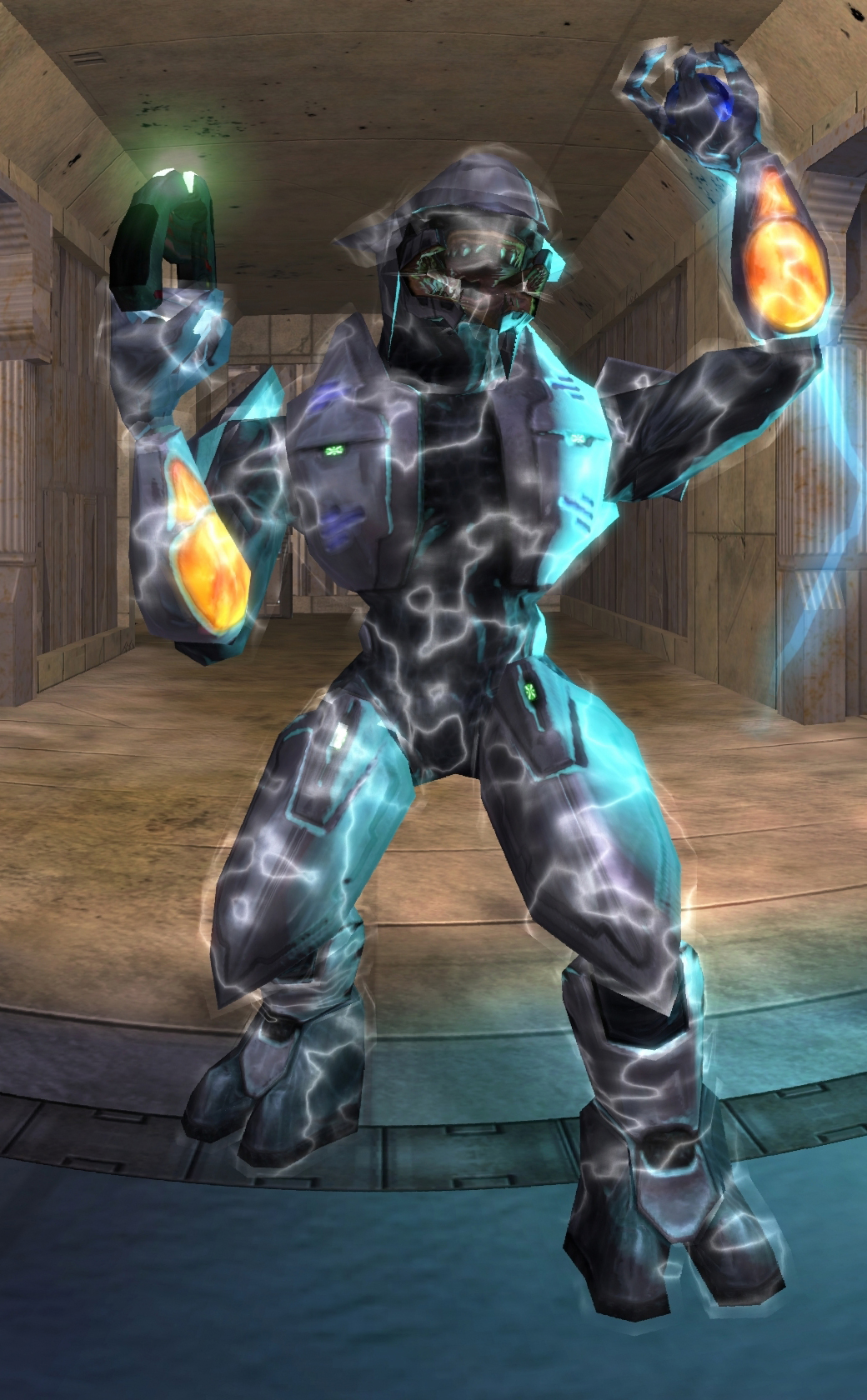 Some armor in the Halo universe possesses personal energy shielding — simply put, a barrier of energy that surrounds the wearer of the armor (or in some cases, the spaceship).