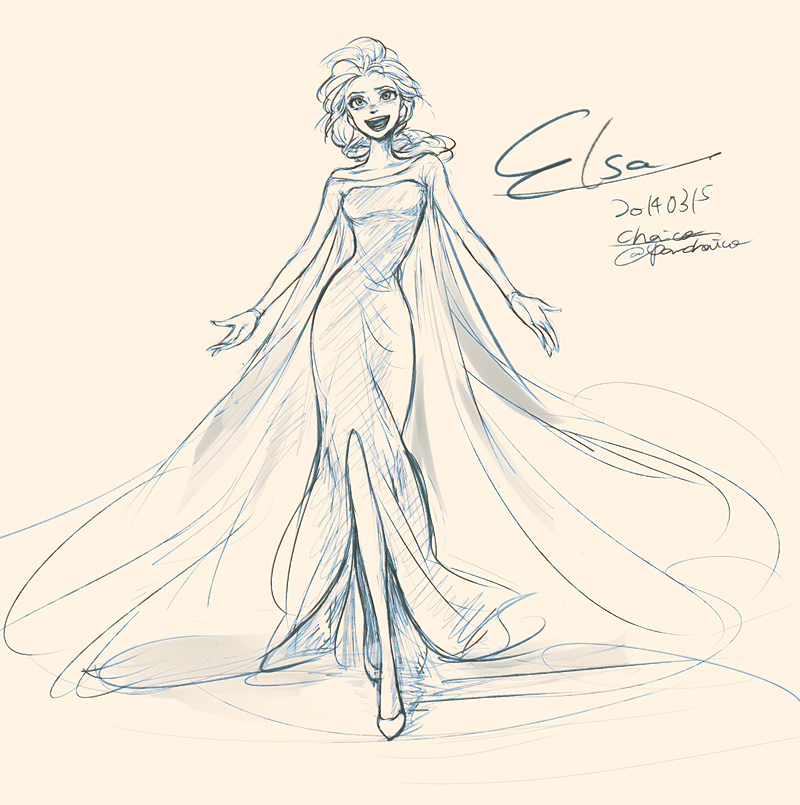 Elsa is the Queen of Ice and Snow, and her home plane of Arendale, and will do almost anything for her sister Anna and her kingdom. She is able to control ice and snow with her mind and has been known to build ice residences for homeless residents of Arendale. There's also a castle on top of a mountain for no apparent reason but one simply does not question the Ice Queen. Elsa has platinum blonde hair in a loose braid and typically wears a dress and shoes made of ice.

Followers are encouraged to enjoy but not be consumed by independence and the cold. Followers should carry with them an extra pair of warm garments in case they are looked upon by Elsa, for it is said that when she turns her gaze upon you, a snow storm begins in your location. Family and home are some of Elsa's primary values, and as such followers are encouraged to subscribe to similar motivations. The bond between siblings is considered sacred, and the most devoted of Elsa's followers refuse to go anywhere without their siblings.

Elsa's prime concern is not with gaining more followers, but rather, cherishing those she already has, so clerics of Elsa are typically considered fairly lenient in their converting compared to clerics of other deities. There are very few temples devoted to Elsa, but a small shrine, a snowflake made of solid ice, is the conduit through which followers can pray to Elsa, found in many multi-deity temples.