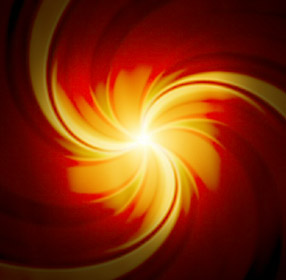 The distant light of Ein Sof.

Scholars debate if Ein Sof is a force of nature or a god so powerful and distant as to simply seem like one. It is said that Ein Sof is the very firmament of existence, the great sea which the multiverse rests upon. No one actually knows where or how to get to this fabled sea, seen to be another plane. Some claim it is the Astral Sea and thus Ein Sof is a manifestation of the astral plane. In any case, he is a non-interfering god, who simply seems to keep reality running.

It is said that true speech, Words of Creation/Destruction, Power Word spells, Wish, and lexicon based abilities speak to Ein Sof directly and affect him, and through those magic commands Ein Sof re-orders existence. It is also said that Ein Sof brings madness to mortals and gods alike, for so vast is his entirely to understand him and see his true name is to call disaster unto you. Thus his symbol also gives away his appearance, for it is seen as a bright golden dot of infinitesimally small size, with 480 shafts of golden light which holds up creation in the black sea of chaos. The sea of darkness cloaks the multiverse from Ein Sof's glory and power, which would surely erase existence clean.

Ein Sof is a god of the Nibiru Pantheon.

As a god of non-interference it really tells its followers nothing. Those few who worship him usually do so in the aspect of the infinite knowledge it possesses. it is important not to delve too deep into the darkness in search of truth, though, lest your mind shatter.

A very small sect of pious scholars and philosophers tend to worship it. Its existence is not well known, or rather, it is seen usually as simply the primal chaos which all grew from, and thus isn't worshiped. "Churches" to Ein Sof usually are nothing more than libraries and philosopher's arenas to battle wits and discover new things.