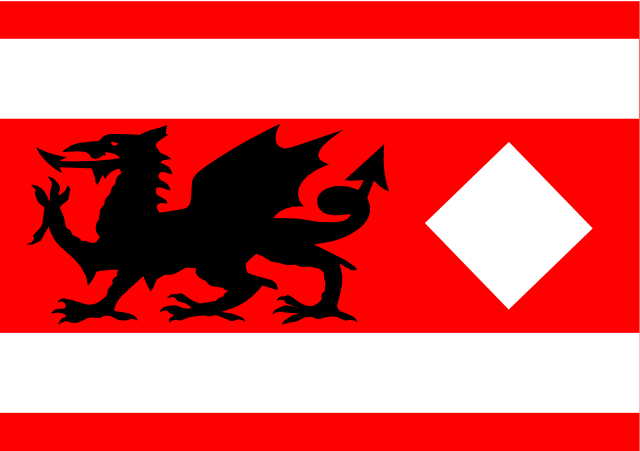 Flag of the Dragon Empire.

The Dragon Imperial Palace is one of the few protected planes in existence. The Dragon Emperor so feared for his safety that he had this small plane made impenetrable from plane shifters. The Ascetic Order of the Dragon now lives here, training monks, and hosting negotiations between hostile parties. The monastery trains many clerics, paladins, and monks, and hosts an excellent religious library.

Emperor Doleman had Dragon Imperial palace built as his personal, safest residence. He has his wizards go over the entire plane blocking it from any sort of plane shift or teleportation. He had the palace built to house the entire government, should he want to live there a long time.

During the Wars of Law and Chaos, Doleman lost his empire to a usurper. He chose to settle with the usurper, keeping only a smattering of his lands.

The Wars of Law and Chaos changed Emperor Doleman. In many ways, losing his vast empire opened his eyes to his own blindness. During the war, he rediscovered his moral compass. This was hammered home as the Shadow Empire successfully pulled the Jade Necropolis away deep into the Vile. He could no longer ignore this organization. The last war was not over, and no one was left to fight it. He worked with others to reform the Golden Circle as the Alliance of the Sun and to establish a secret society called The Teachers. The Circle worked to resolve the wars of Law and Chaos. He donated his best defended palace to be the home of a school for those who strive to promote good.

The public itself does not know about The Teachers. Those who know of The Teachers do not know who belongs to that organization or where they work from. Even the Shadow Empire does not know the exact membership of the The Teachers, nor does The Teachers know who exactly the Skulls are. The Skulls currently believe that the Emperor Doleman is neutral in this conflict, as he historically been among the most vicious and immoral of combatants. His support of the Golden Circle is seen as an alliance of necessity.

The palace holds frequent peace conferences and other difficult negotiations.

The palace sits in a small plane, barely five miles wide. The entire land has been tended into a beautiful garden by the monks who live there. There are many paths through the bamboo groves and monkey puzzle trees.

There are no landing points in this land. There is only one gate, located in a side courtyard. This gate only sends visitors away. It can not receive.

The climate of this land is perpetual springtime, with occasional snows and rain.

The plants here are all non-native species. All plants have been chosen for their gardening potential.

The palace is nominally controlled by the Dragon Emperor. All effective control is in the hands of the headmaster, Grandmaster Aurum.