Many cultures around the world feature terrifying stories of monsters that steal the souls of mortals to take on their appearance and destroy their lives. They whisper of the frightening, alien horror of such beings, and the pain they inflict in their wake.

The truth is much less fantastic: these legendary shapeshifters are actually doppelgangers. Doppelgangers are, by and large, lazy hedonists who harm others more out of self-centered greed than deliberate malice. They are usually created when doppelgangers, who can't be bothered to put in the effort of raising their own children, seduce and impregnate women whose children grow up to, around adolescence, become doppelgangers themselves.

Still, like all mortals, doppelgangers are capable of making their own moral choices, and occasionally one rouses itself to do more with its life than an endless sequence of cons and robberies.

In their natural state, doppelgangers have the build of an elf, tall and slim but deceptively strong. They are also grey-skinned and hairless, with no obvious sexual characteristics and few obvious facial features beyond two large, protuberant, octopoid eyes.

The origins of the doppelganger race are unclear, a problem exacerbated by the lack of inclination for doppelgangers to bother keeping records themselves. Nonetheless, the age of many legends surrounding them indicate they are at least as old as humanoid civilization.

Although not usually evil, many are quite selfish and think of others as playthings to be manipulated and deceived. Doppelgangers are particularly fond of invading humanoid societies in order to indulge in their desires — some enjoy the complex dance of politics while others are incorrigible casanovas and svengalis who seek constant change in the race and gender of both themselves and their romantic companions.

While uncommon, doppelgangers who use their gifts for cruel and sadistic purposes that are most notorious, and these shapeshifters are the primary cause of the race's sinister reputation. Certainly, a creature capable of changing its shape has a handy way to avoid capture for its crimes, and some particularly malicious doppelgangers enjoy disrupting relationships by posing as unfaithful lovers or luring others to their dooms in ambushes and robberies.

Doppelgangers do not really possess a civilization of their own, instead infiltrating and manipulating the societies of others. For some, this is a matter of seeking ease and "the good life," while others feel an overwhelming need to fit in and belong.

A small number of "open" doppelgangers have found success in legitimate professions, usually performance arts like acting, or, occasionally, prostitution. One notorious inn and brothel, run by a changeling known only as "Velvet," purports to supply any customer with an "ideal mate..." so long as no questions are asked regarding its natural state.

Those familiar with doppelgangers have claimed that many of them actually have trouble developing personalities of their own, finding it easier to imitate the identities of others or to create "false" personas out of whole cloth. Some doppelgangers have supposedly become "lost in character," going the rest of their lives in one shape and one personality until they remain trapped in it forever and don't even remember who they used to be. Other horror stories talk about creatures slowly realizing they are doppelgangers, with slow, personal dread.

Fear at these outcomes, which some evidence suggests may not be entirely legendary, is what drives them to constantly shift and change throughout their lives.

Doppelgangers do not have a language of their own, and their names are almost always loan-words from the languages of others.

A deceitful race of shapeshifting hedonists, with quick reflexes and strange outlooks.
Ability Score Increase. Your Dexterity score increases by 2, and you can choose 2 attributes to increase by 1.
Age. Doppelgangers live until partway through their second century after "coming of age," but become mature at the age their parent race does.
Alignment. The majority of doppelgangers are neutral, being self-centered but not truly malicious. Those who favor long-term covers tend to be more lawful, those who like changing very frequently are more chaotic. However, those who have become "lost in character" can be of any alignment.
Size. In their natural forms, doppelgangers are built like elves, tall and slight. Your size is Medium.
Speed. Your base walking speed is 30 feet.
Shapechanger. As a bonus action, you can polymorph into any humanoid of your size that you have seen, or back into your true form. However, your equipment does not change with you. If you die, you revert to your true form. You retain all of your normal statistics while in this form.
Read Thoughts. You can cast the detect thoughts spell once with this trait, requiring no material components, and you regain the ability to cast it this way when you finish a long rest. Charisma is your spellcasting ability for this spell.
Manipulator. You are proficient in either the Insight or Deception skill.
Languages. You can speak, read, and write Common and two other language of your choice.

When creating a doppelganger character, you can use the following table of traits, ideals, bonds and flaws to help flesh out your character. Use this table in addition to or in place of your background's characteristics.

Your natural abilities have taught you the tactical value of surprise. You gain the following benefits:

-You gain proficiency in either the Stealth skill or the Deception skill. If you are already proficient in the skill, you may double your proficiency bonus.

-If you attack a surprised creature, you gain advantage on attack rolls against it and deal an additional 2d6 damage to it with weapon attacks or unarmed strikes during the first round of combat.

-If you take the Attack action during the first round of combat, you may make one additional attack as a bonus action. 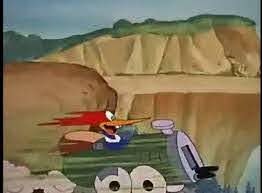