The noble doge is an often times shy creature, very rarely seen in its natural habitat.Those lucky enough to witness a doge's daily activities find that they live in packs, similar to dogs. They eat, hunt, sleep, and play together. They are also highly intelligent, despite their dog like appearance and behaviors, using simple tools and traps to hunt their prey. They also make use of their incredible adorableness, luring prey into their traps. Few have seen a wild pack of doges and lived to tell the tale (Get it? Like tail, 'cuz they're dog things... Never mind). Their downfall lies within their adorableness, the fact is that they find themselves incredibly cute as well. They are very vain, and this can lead to friction within the pack, sometimes leading to in-fighting, jeopardizing the hunt, and even death. When a doge isn't hunting or playing, they spend much of their time admiring their reflection in a puddle or similarly reflective surface. 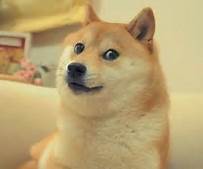 Teh noble Doge is much impress, such wow.

doges are a little over a foot at the shoulder, and are usually about two feet long. They typically have thick, gold-ish colored fur, and a short, curly tail. Peeping through the thick fur and chubby head are a set of short ears and large eyes, not only adding to the cute factor, but also providing heightened eyesight at the expense of the tuned hearing most other animals possess. They are quite slow due to their short, stubby legs. However, they possess a very streamlined body, allowing for faster travel through the air (they are expert jumpers).

As previously stated, doges are notoriously shy, therefore few people believe they exist.They are also predatory creatures, preying on those who do come across them in the wild. If they had to work together with another race, it would likely be with gnolls. They both worship the demon god Lenny, and gnolls are similarly dog like and prey on sentient creatures. However, doges feel that they are far to superior to even consider working with other races.

Doges are almost always evil, preying on sentient creatures for food and for sport. However, good doges do exist, usually in fairy towns as guards. On the scale of law versus chaos, they do, infact, lean towards law. They believe in a strict code of honor, where if someone does something to degrade the level of cuteness a doge possesses, or even insult another doge, the offended and the offender must fight to the death.

Doges typically reside within dense forests around major towns, preying on those who wander to close. The type of forest is usually not important as long as there is dense undergrowth for them to hide in. Some underground doge towns do exist, but they are few and far between.

Most doges worship the demon god Lenny, drawing on pacts made with demons and spirits to become even cuter and more powerful. Those few who do not worship Yeenoghu are most frequently godless, believing they are the only thing that matters in the world.

Doges speak a language called Ceiling Doge, consisting of some common, but mostly barks/growls. The little common spoken in their language is spoken like a young child would, spelling and pronouncing some words wrongly.

Doges rarely give themselves names, preferring to create an identity for themselves based on their smell and appearance. Any names they might carry are usually given to them by humanoids, such as Pookie, Scruffy, Mr. Princess, etc. These doges are the few that chose not to live with other doges, instead living in humanoid cities.