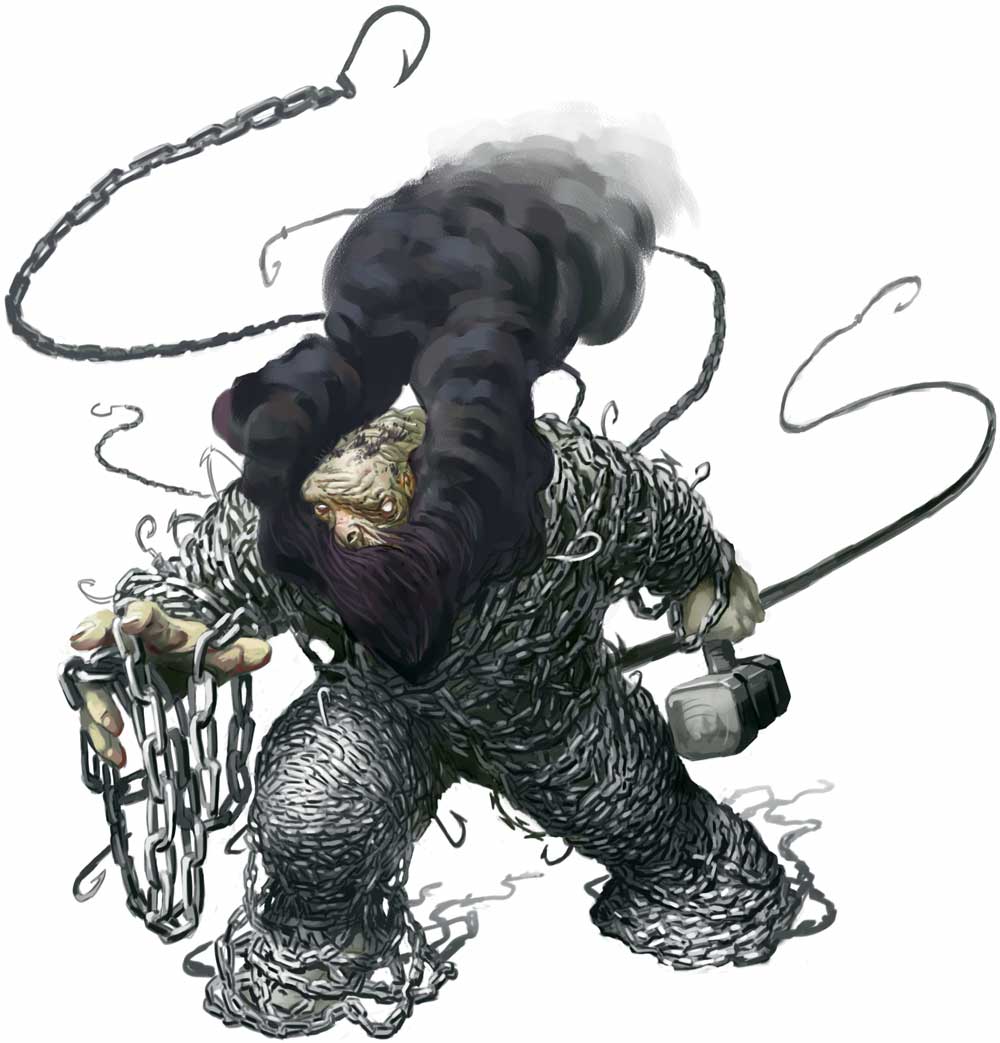 Black smoke pours forth from the Black Cloud Undead...

When spell energy is left around for a long time, strange things may occur. Odd wild effects may spring up, or perhaps living spells as the magic manifests in a physical ooze. And sometimes, in the case of necromatic energy, the spell manifests as a black miasma of evil which haunts an area, tainting everything inside it with its cold necrotic touch. Areas inhabited by a Dark Cloud are always surrounded in swirling black mists which provide anywhere from 0% to 50% concealment, depending on how close one is to the source of the magical miasma. Those who die in the tainted zone rise as Dark Cloud undead, usually zombies, imbued of necromantic intelligence and unholy strength.

This is an inherited template on the creation of the undead within the zone. It can be applied to any corporeal undead.

In addition, Dark Cloud Undead cannot be slain for good. When defeated, a Dark Cloud undead will rise again in 1d4 minutes, as long as their body remains intact. Undead whose body has been dismembered beyond repair, disintegrated, or destroyed by turning do not rise again. This is a (Su) ability.

A Dark Cloud undead is never alone, they are legion, and they surround the source of the miasma, inherently protective of it. The source varies, sometimes an object, sometimes a Dark Cloud creature which acts as a hub, but whatever the case, it was the magical cause of the problem in the first place, and is always surrounded by thick black smoke. As such, if a Dark Cloud undead itself, add 50% concealment which cannot be pierced by darkvision, but can be bypassed by things which bypass magical darkness.

If the source of the miasma is destroyed, the Dark Cloud zombies remain but no more will be created.