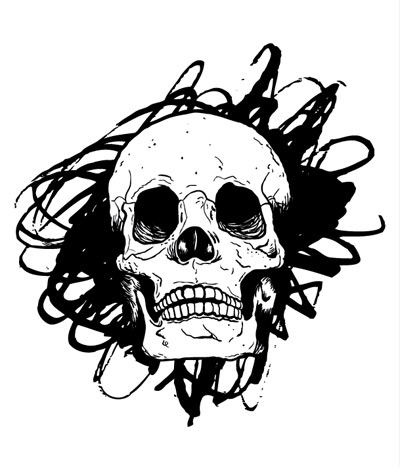 The holy symbol of Corena

Corena of the Bones is the goddess of necromancy and death in Aegir, and a member of the Pact of Ruin. Corena is a scavenger, following deities of death and slaughter from world to world, using their leavings to her own purposes. She followed Shalrikk to Aegir, and her priests have a working relationship with the yuan-ti ritualists to use their discarded sacrifices (those that aren't fed to the anathemas).

In addition to the purview of undead, skeletons, and zombies, Corena directs the reapers who collect the souls of the dead for use in the Divine Battle.

Corena is usually depicted as an ancient hag, bent and aged, with a crow on her shoulder. She leans heavily on a walking stick.

Corena urges her followers to take the leavings of others and use them to their own ends, whether it be bodies, treasure, or souls. She delights in the creation of undead creatures, and encourages necromancy in her followers.

Most necromancers follow Corena. Other followers include grave-robbers and other scavenging types, including some rogues. Not all followers of Corena are evil, though most are.

Corena has only a few proper temples, though small shrines devoted to her are located near many of Shalrikk's temples. Her priests and priestesses are necromancers, devoted to creating undead - the greatest of her servants create new and terrifying types of undead.

There are few official rituals devoted to Corena - most scavengers don't have time for such things. For the most part, the ceremonies for creating undead serve as her religious devotions, in addition to the quick prayers of a scavengers at work.