The Coaster is a shallow draft coastal trader ship with a distinctly rounded blueprint. It has only a single deck, one large square sail, and oars, occasionally including a small covered cabin at the aft. The singular heavy weapon it possesses is usually only valuable for intimidation against rather unintelligent foes, as the ship is is not sturdy or fast enough to survive practically any attack in space. To make matters even worse, it is distinctly unfit to maneuver out of water, decreasing its helmsman's ability by the equivalent of one spell slot level.

Any coasters present in wildspace are either abandoned or soon to be as soon as their captains find something else to carry them. While most of these have been stripped of any valuables and useful only as scrap, there is always the possibility that something precious remains onboard the derelicts. 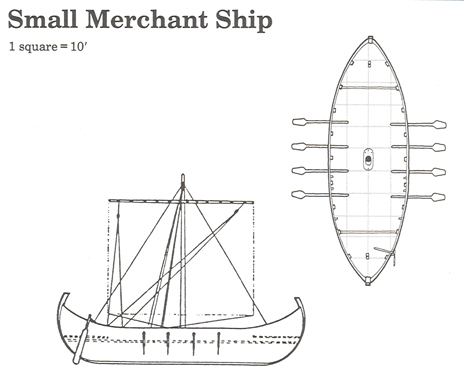