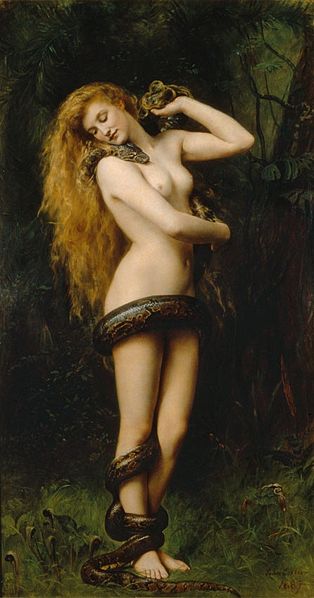 Cassia's Temptresses use the power and beauty of their goddess to steal lifeforce from those they entice. Like their goddess, they are known to favor nature, and can often be found far from civilization.

Cassia has limitations on her powers; they are stored in her flesh, not her spirit. She cannot be in two places at once, nor can her influence be spread by faith in her alone. To increase her influence and power, Cassia has created a class of temptresses who seek to go around collecting as much power for her as they can.

The temptresses are given the power to drain life energy with but a touch, and the ability to tamper with the minds of others. These powers grow as the temptress gains in levels, and will eventually make her a weaker mortal mimic of the goddess Cassia herself. In addition, the temptresses are expected to be skill in dancing, balancing, and unarmed combat, making full use of their agility and charisma. They also use light weapons such as daggers.

While they can use weapons, the temptresses are encouraged to use unarmed combat, as it is through touching their opponent that they can steal their life force. For this reason, the hands and feet of the temptresses are always kept bare. A temptresses mission is to absorb as much energy as she can from as many males as she can find, preferably, those who oppose Cassia. Then, on the weekly day of release, this energy is given to Cassia at one of her temples. For her efforts, the temptress is allowed to keep a small fraction of the energy.

Temptresses enter such a life because they are interested in sensuality and power; Cassia offers them both through her offer of power in exchange for obedience. Typically, Cassian Temptresses have Bardic skills, as this class requires good charisma and dexterity. Occasionally, rogues pursue this prestige class. Rarely, the temptress will come from a religious background. Sorceresses are sometimes recruited into the ranks of the temptresses as well.

Most of Cassia's temptresses are elves, nymphs, half-elves, or humans, although any female from any race could hypothetically become one. The temptresses start out weak, but their power grows rapidly with each level they gain. At the highest levels, an unarmed and unarmored Cassian Temptress can defeat even heavily armored opponents with her agility and magical enhancements.

The temptresses' abilities revolve around draining life from their opponents and using their beauty and agility against their foes.

All of the following are class features of the Cassian Temptress.

Weapon and Armor Proficiency: The temptress is proficient in the use of the following weapons, the sap, dagger, whip, and no armor.

Energy Drain (Su): A temptress drains energy from a mortal it lures into some act of passion, by planting a kiss on the victim, or by simple contact with her skin. If the target is not willing to be touched, the temptress must start a grapple, which provokes an attack of opportunity. The temptress's kiss or embrace bestows one negative level. The kiss also has the effect of a suggestion spell, asking the victim to accept another kiss from her. The victim must succeed on a DC 21 Will save to negate the effect of the suggestion. The DC is 21 for the Fortitude save to remove a negative level. These save DCs are Charisma-based. A Cassian Temptress gains 5 temporary hit points (10 on a critical hit) for each negative level it bestows on an opponent. These temporary hit points last for a maximum of 1 hour.

Perfect Equilibirum (Ex): The temptresses have to have excellent balance; to this end, Cassia has granted them an automatic + 5 to their balance check. It is said that the average temptress can perform cartwheels on a tightrope without any effort, and that walking across narrow surfaces is just as easy as walking across flat land.

Power of Suggestion (Sp): A temptresses' voice can influence people to do things for her, but not something they would never do. This voice can be used as a standard action, and affects all those who can hear her voice. This is useful for the temptress if she needs to escape a room full of angry people who want to hurt her (she just suggests that they don't attack her while she flees while they are still under her suggestion's power), or if she suggests that an adventurer drink a poisonous beverage that he doesn't know to be poisonous, but doesn't want to drink anyway.

Stunning Glance (Su): As a standard action, a wrathful temptress can stun a creature within 30 feet with a look. The target creature must succeed on a DC 17 Fortitude save or be stunned for 2d4 rounds. The save DC is Charisma-based.

Unearthly Grace (Su): A temptress adds her Charisma modifier as a bonus on all her saving throws, and as a deflection bonus to her Armor Class.

Sneak Attack: If a temptress can catch an opponent when he is unable to defend himself effectively from her attack, she can strike a vital spot for extra damage.

A temptress can sneak attack only living creatures with discernible anatomies—undead, constructs, oozes, plants, and incorporeal creatures lack vital areas to attack. Any creature that is immune to critical hits is not vulnerable to sneak attacks. The temptress must be able to see the target well enough to pick out a vital spot and must be able to reach such a spot. A temptress cannot sneak attack while striking a creature with concealment or striking the limbs of a creature whose vitals are beyond reach.

Dominating Voice (Sp): At the absolute peak of her power, a temptress can use the power of her voice to control others. Although the power has essentially the same effect as the spell, she cannot do this as a standard action. The number of times she can use this power are limited by the level differences between herself and her targets. The mechanism works like this: that each level of each target she successfully dominates, she can use the dominating voice one fewer time a day, down from a maximum of ten times. For example, if a temptress uses this power on a level 2 character and 3 level on characters, she can use it on either five more 1st level characters or one more time on a single level 5 character. For characters level 10 and over, she can only attempt to dominate a single one per day and no one else. If a dominating voice attempt fails, she suffers no penalty and can try again later that day.

Sympathetic Emissions: A Cassian Temptress can emanate magical vibrations that attract either a specific kind of intelligent creature or creatures of a particular alignment, as defined by her. The particular kind of creature to be affected must be selected specifically. A creature subtype is not specific enough. Likewise, the specific alignment must be named. This is a way the temptresses lure unsuspecting individuals to their doom.

Creatures of the specified kind or alignment feel elated and pleased to be in the area of the temptress. The compulsion to stay in the area is overpowering. If the save is successful, the creature is released from the enchantment, but a subsequent save must be made 1d6x10 minutes later. If this save fails, the affected creature attempts to return to the temptress.

If a temptress renounces her allegiance to Cassia, her own life force may be taken from her (killing her) if she is in a land where Cassia has influence. In order to survive her renunciation, the temptress must move to a land where Cassia's power is not prevalent, and then renounce the goddess. She will then lose all powers and abilities she has had as a temptress, but be otherwise unharmed.

Combat: In battle, the temptress moves with unbelievable grace and agility, dancing as much as she is fighting. She isn't very tough or durable, but she can hit her more cumbersome opponents without being hit (thanks to evasion), and gradually wear them down with her ability to drain their life force. This type of combat prevents them from wearing any significant armor (they are known to fight with little or nothing on), but it is still effective, especially given their ability to leap and dodge their opponent's blows. Her charisma is known to mesmerize some of her foes, by distracting them with her beauty, and this can be used against them in combat.

Advancement: <-Typical advancement options for characters with this class. Include desirable multiclass options->

Resources: <-What kind of assistance members of this class can expect from each other including possible organizations->

Cassian Temptresses in the World[edit]

Cassia's temptresses can be found in the taverns, inns, and "other houses" of the nations they inhabit. They frequently wander about the wilds, hoping to seduce adventurers they meet.

NPC Reactions: Most NPCs underestimate the power of Cassia's Temptresses; with few or no weapons and no serious armor, the temptresses don't appear to be much of a threat.

Characters with ranks in local and religious knowledge can research Cassian Temptresses to learn more about them. When a character makes a skill check, read or paraphrase the following, including information from lower DCs.

Cassian Temptresses in the Game[edit]

In a typical game, a Cassian Temptress NPC would have the role of throwing an adventuring party off-course with false information or an attempt to lead the party astray in some manner. While there are few chaotic evil characters allowed in a typical d&d game, if a temptress WERE to appear, she would have a role similar to a rogue with some abilities not too dissimilar to a monk. She would make an excellent diplomat for the adventuring party, and could even prove to be dangerous in a single fight against an enemy of similar level to her.

Adaptation: This class is not well-suited for most PCs. NPC Temptresses are a much more viable option.