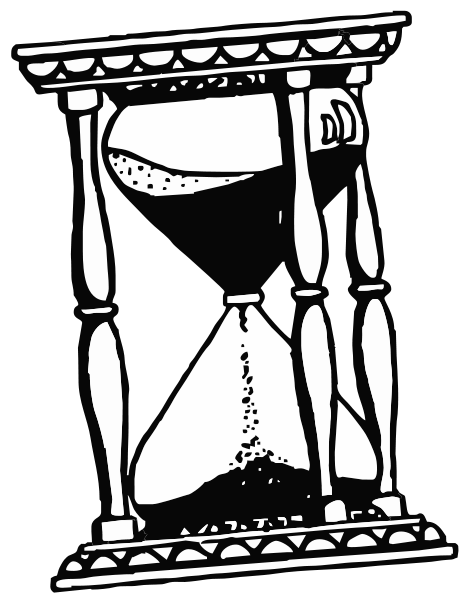 The holy symbol of Azrus, a black and white hourglass.

Azrus has many forms, being a shapeshifter, but it is said his original form is similar to that of a Tempus Omegus and that the creatures are his offspring of some sort.

Azrus cares little for interfering directly with his followers doings, but his teachings encourage balance above all else and taking pleasure in the simplest of things.

Azrus has many temples, most of them large but simple, though there are a few exceptionally extravagant temples to his glory. His citadels boast levels upon complex levels of rooms, halls, and structures to house everything from clergy and travelers to the most ancient of tomes and most valuable of objects. All of temples have two pedestals in them, one with an Hourglass of Cycles and the other with an Hourglass of Eternity.

His largest and most beautiful temple--The Temple of All Ages, the largest temple in the world--is six stories high, has at least seven sublevels, houses up to 2250 people, and houses one of the most expansive and complete collections of ancient tomes.