Alliance of the Sun (Endhaven Supplement) 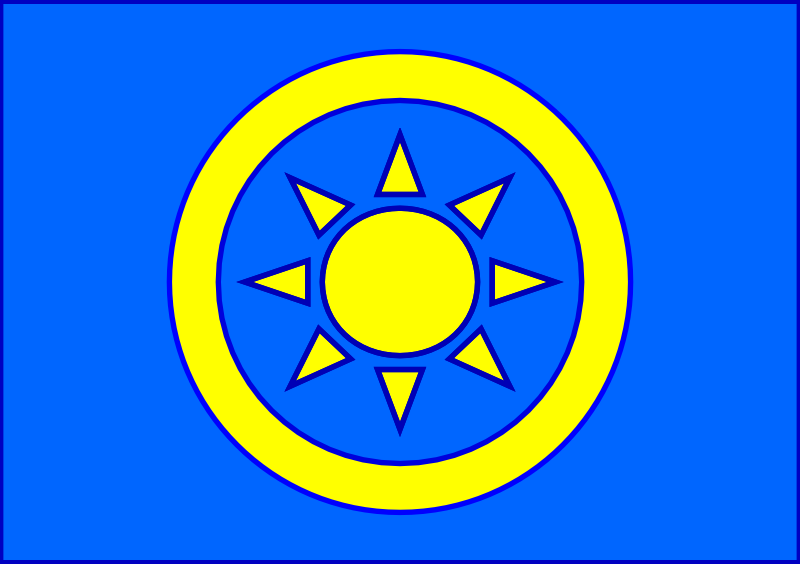 Flag of the Alliance of the Sun

The Alliance represent the unity of all good gods dedicated to the welfare of the good humanoid races. They do their best to keep temples in cities all across the planes, the various good sects on peaceful terms, and to the health of the ordinary man.

The Alliance acts as a humanitarian organization. They stayed neutral during the War of Law and Chaos, unwilling to abet the evils of either side. Instead, they worked to save lives, nurse the wounded, provide relief for prisoners of war, to get better conditions for the enslaved, and generally reduces the abuses of all sides. Even now, their golden sun banner stands as a mark of parlay, negotiation, and non-hostility.

Agents of the Twelve Teachers certainly reside within influential positions of this organization.

The Alliance of the Sun remained firmly neutral during the Wars of Law and Chaos. The institution was so well respected by all sides that no side ever raised a hostile hand to the Alliance.

With all the conflict in the world, the Alliance of the Sun is never without a calling. This calling often puts them at odds with less selfless organizations.

The Alliance of the Sun has no formal headquarters. The alliance is a voluntary organization that organizes all the temples of good. When need arises, temples organize themselves into beneficent forces.