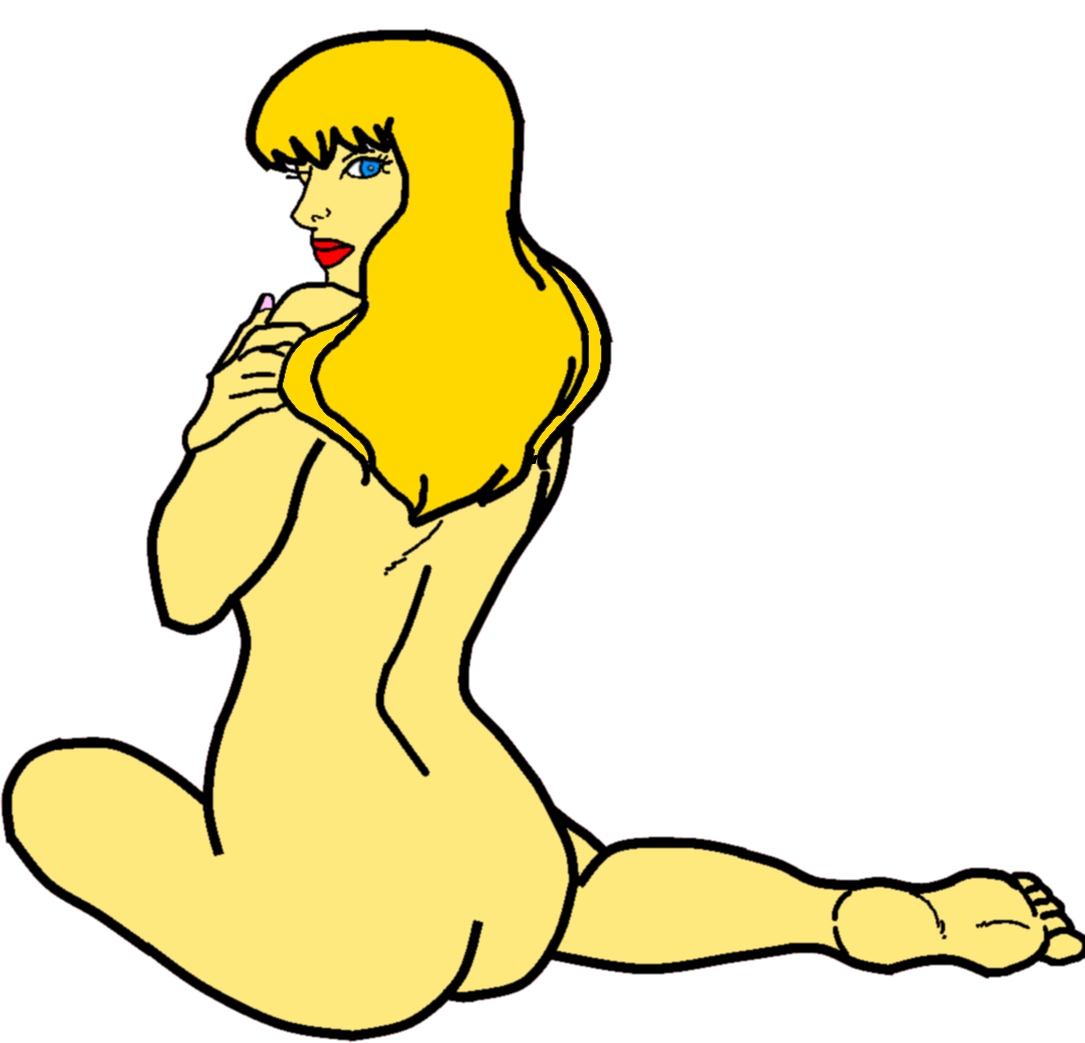 Alicia, a woman of questionable virtue.

Alicia lives on a farm with her father, near the main road leading to a nearby town. Since her mother passed away years ago, her father had doted on her, and she came to think her herself as special and better than other people in town, a notion that was reinforced by her attractiveness, a trait in which she easily excels the other women of her town. Unfortunately, this is one of the only positive things about her, as she is lazy, selfish, vain, and jealous. While she is well-known for her fickle ways with men, her father refuses to believe that she could possibly be that way. She is not an evil woman, and she has not killed or seriously harmed anyone in any of her 24 years, nor does she generally wish harm to others; she simply thinks the world revolves around her.

While she is not generally fit for combat, Alicia has some experience that is conducive to adventuring. She has spent a lot of time outdoors on the farm, and while she is not fond of farm work, she does have some skill in it. Alicia also liked to wander the woods near her home as a girl, something she still likes to do at least once a week. She never liked modest clothing or shoes, so she would wander the woods barefoot and lightly dressed, and she developed a good sense of balance and learned how to climb and swim well. This style of clothing sometimes gets her in trouble in town, and she reluctantly wears a dress when she has to, although she never uses footwear. She has few problems moving through the woods without footwear and is particularly agile. Additionally, she is very good at climbing trees, and can swing from them well, given her years of practice and she is fairly acrobatic, and she rarely loses her balance.

In a fight, Alicia is not particularly useful, having no significant proficiency with weapons or skill in unarmed combat, but she is not afraid to punch or kick when she is attacked, although she is not particularly large or strong for a human woman. Her relations with men have always been quick affairs; her attractiveness is by far the greatest in the region, but her selfish attitude and lack of commitment make her unwilling to stay in a relationship for very long. Alicia enjoys physical pleasures, and is well known for her love of warm baths in the hot springs near the town. PCs wanting to gain her confidence can offer her a massage, particularly her feet, back, and shoulders; Alicia is far easier to talk to when she is relaxed.

If the DM wants, some answers to Alicia's past can be answered. Who was her mother? Why did she die? Did she die at all? What accounts for Alicia's odd attitudes and unusual beauty? While a mundane answer can be given, some interesting options may be explored as well. Here are a few possibilities: 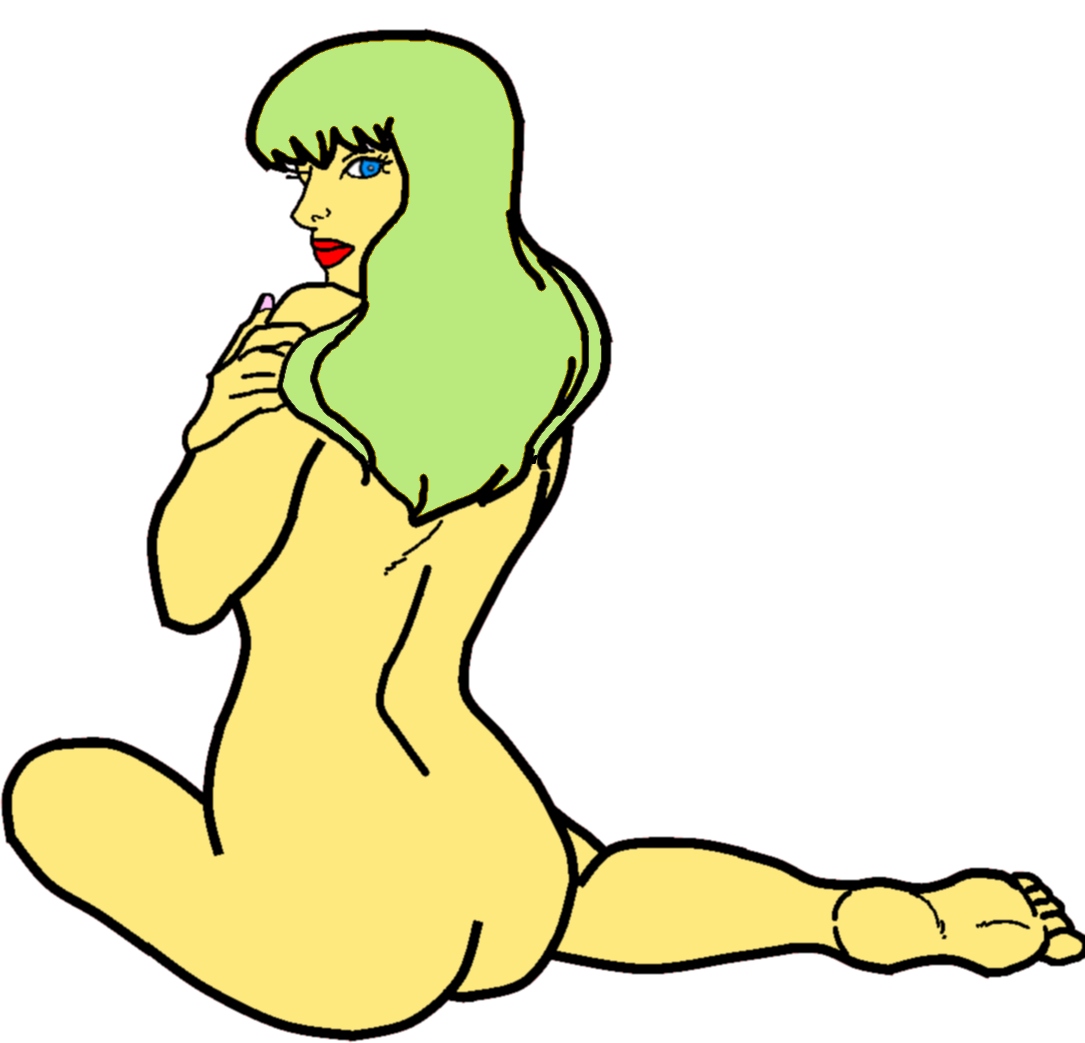 Alicia, having embraced the call of the wild.

Nymph: While going on one of her trips in the woods Alica discovers a set of nymphs frolicking in the forest, one of which she recognizes as her mother. Without denying it, her mother reveals that she had stayed with her father only for as long as he held her interest, and left not long after Alicia was born, explaining that Alicia had inherited the same inclinations for promiscuity and love of nature. Alicia was then given the choice to have her nymph heritage awoken in her, which she accepted, and with just a touch, she became like the nymphs, who she later joined. 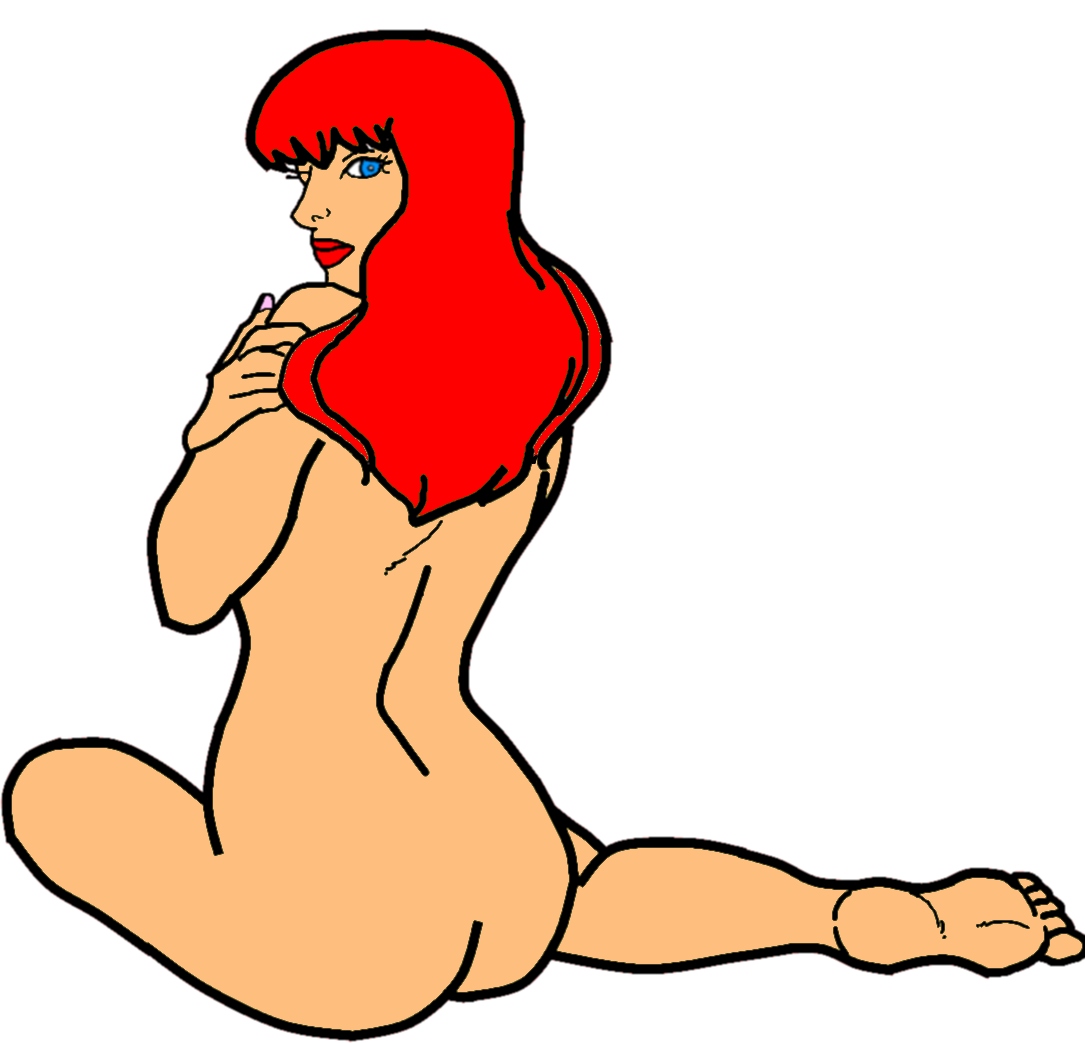 Alicia, with her sorcerous powers awakened.

Fire Sorceress: During one of her frequent bouts of lovemaking, Alicia discovered that she was emitting flames from her body, much to the painful (but non-lethal) shock of her lover. After seeing to his mild burns, Alicia learned that she had sorcerous blood in her veins, and her powers manifested, albeit later in life than many sorceresses. Her appearance was somewhat altered, but she didn't mind, and now she seeks to master her new powers. 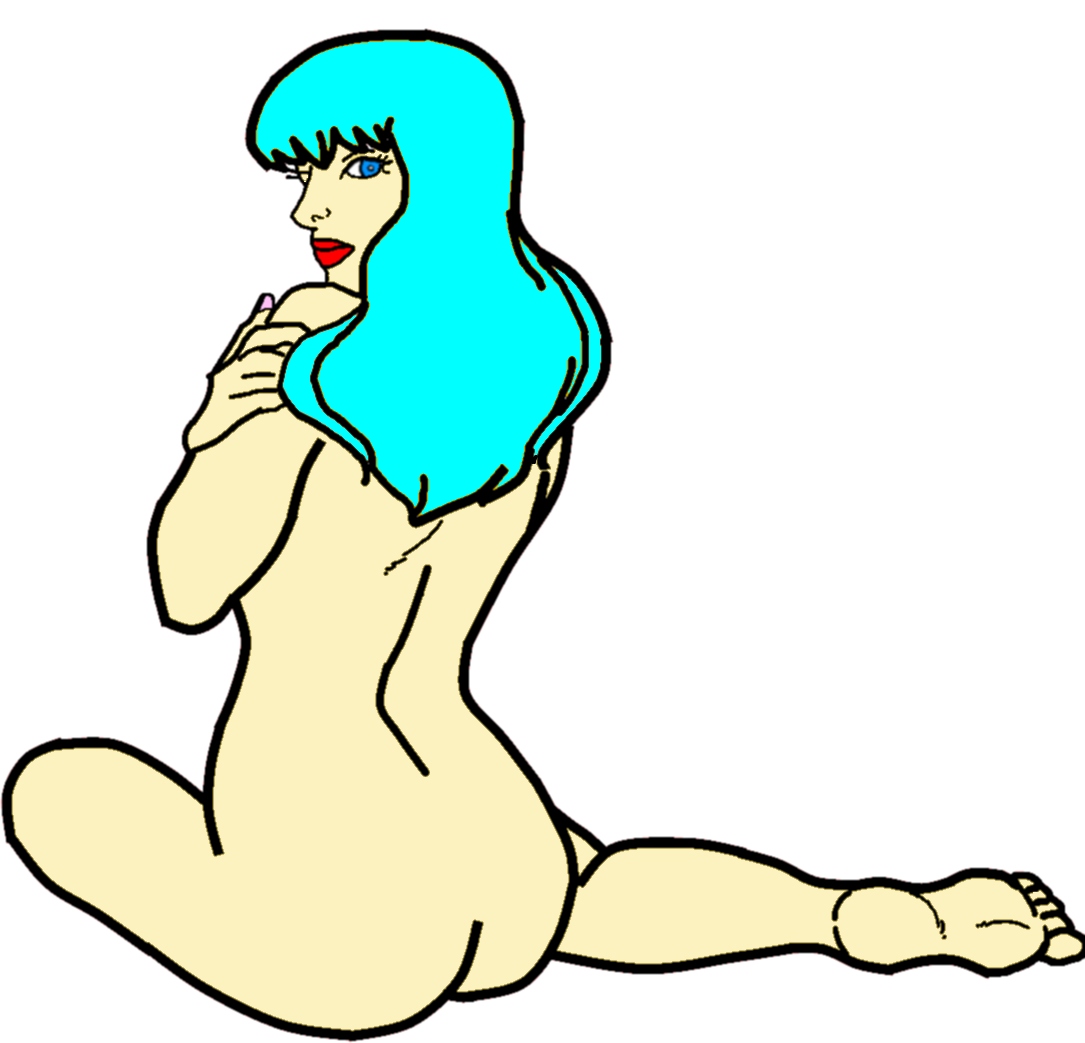 Alicia, after years of learning how to use magic.

Ice Witch: After a day spent in town, Alicia comes home to discover that her father is seeing a strange man in a light blue cloak. This man is a wizard, and after some explaining, her father turns out to be a wizard as well, fully aware that the order he is a part of demanded that he replace himself with his offspring upon his retirement. Since Alicia is clearly of age, she is given the option to study magic. Thinking that it is a short and easy process, she accepts, only to learn that it will take years of study and commitment. She considers giving up, but sticks with her studies after learning that she can create ice with ease, and that she has a talent for casting certain cryogenic spells. In time, she casts spells on herself so that she can be adapted to the cold, even without heavy clothes, although her appearance is somewhat changed. 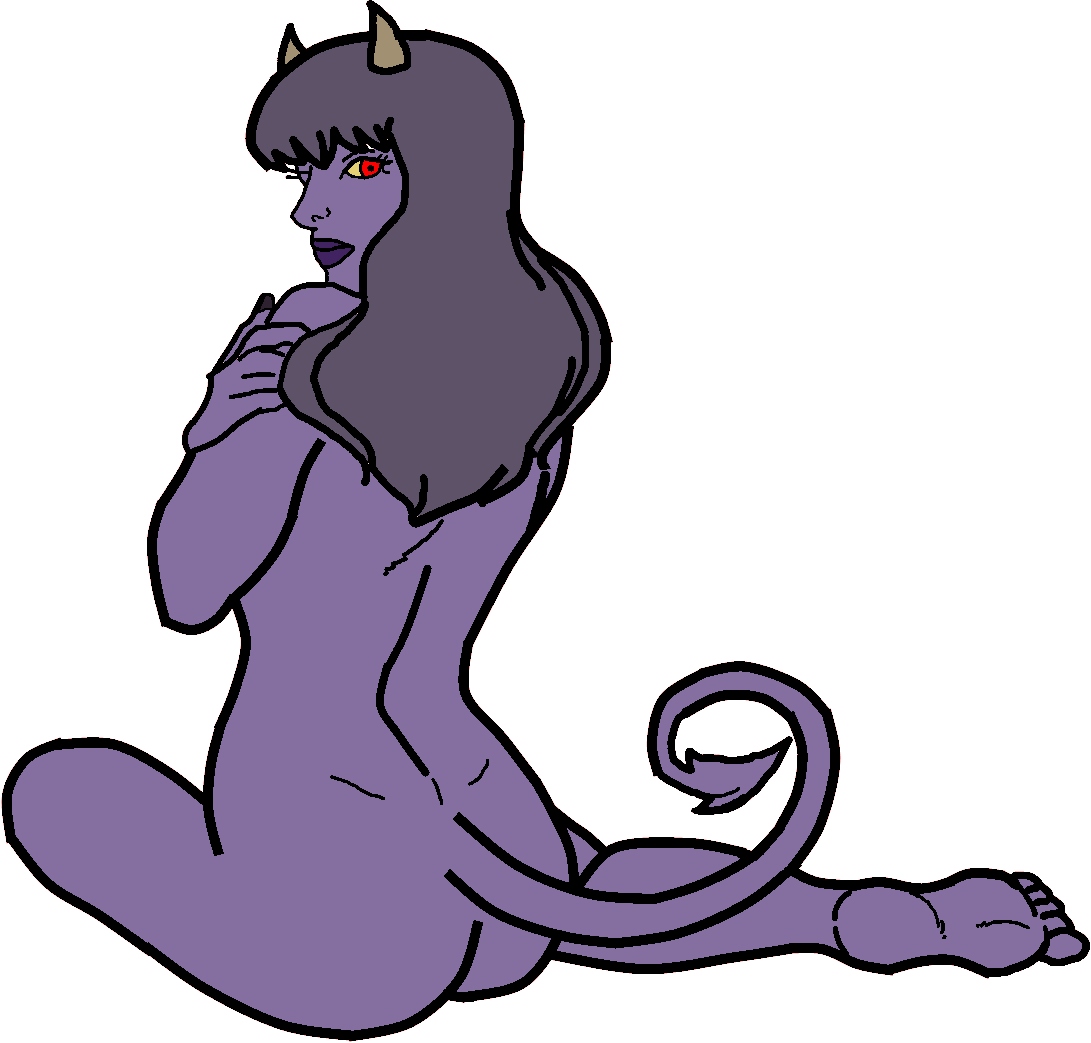 Demonness: One night, Alicia woke to hear the sound of fighting coming from her father's room. When she got there, she was shocked to find a purple-skinned Demoness with a bloody sword in her hand, and her father lying dead on the ground. The demoness introduced herself as her mother, even though her form was so twisted, Alicia could not recognize her. The demoness explained that she was a pawn in a great plan to bring a great evil to the world, and that the time to play her part had come. The demoness cast a spell, and Alicia's form mutated into the demoness's likeness. Now, what will become of her? Will Alicia play the part that she was allegedly born to play, or will she find a way to resist?