A typical Yuuzhan Vong resembled a Human in form, though they were taller and heavier than the average Human and had less hair on their heads. The Yuuzhan Vong were religious zealots, who viewed mechanical technology as blasphemy. Their technological innovations were genetically engineered and purely organic. Additionally, the Yuuzhan Vong deeply respected pain to the point of masochism, and strove to improve their physical capabilities through organ grafting. Such grafting was a status symbol within Yuuzhan Vong society. Perhaps most notably, the Yuuzhan Vong were unable to be sensed through the Force. This confounded the Jedi who first encountered the Yuuzhan Vong. However, they were susceptible to some Force based attacks. 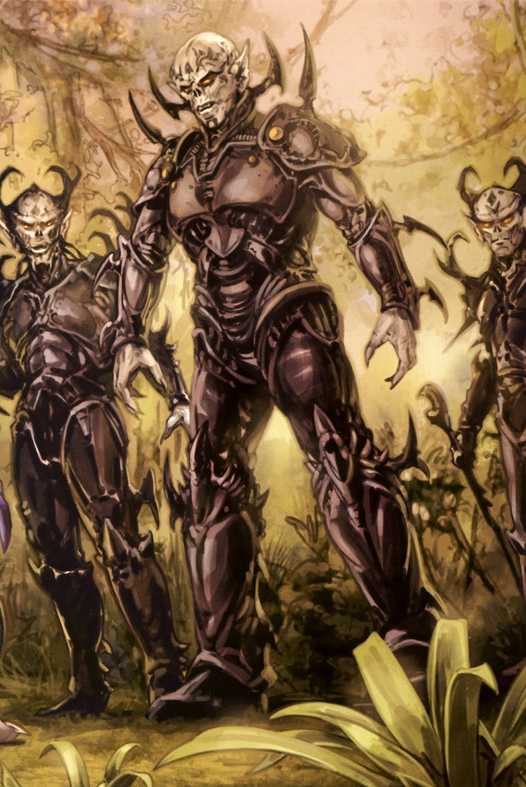 The Yuuzhan Vong were a humanoid species—initially leading some to believe that they were a Human offshoot race—but there were differences between Humans and Yuuzhan Vong. For example, Yuuzhan Vong typically lacked kidneys. The Yuuzhan Vong were also much taller and had heavier builds than the average Human, though this could be a result of selective breeding. Yuuzhan Vong also had a longer life span than the average Human, generally around three times that of a Human's. Genetically, they shared many elements that made them similar to Humans, which was considered unusual as they were an extragalactic species, but one notable difference was one element of their genetic structure that was present in all their biotechnology.

The Yuuzhan Vong functioned in a caste system. This ranged from the powerful one-person Supreme Overlord to the lowly, oppressed Worker caste. Not much was known of their economic system, but it appeared to be a command economy. The political system of the Yuuzhan Vong was a theocracy, with the Supreme Overlord deriving his authority directly from his status as the voice of Yun-Yuuzhan.

Yuuzhan Vong are typically evil aligned but they can be any alignment.

Yuuzhan Vong culture was centered on sacrifice and their gods, although warriors in particular were centered on the philosophy of pain. They tended to glorify pain, not as a motive for action but rather as a state of living. This was because they believed that, just like their gods had sacrificed their bodies to create the galaxy, the Yuuzhan Vong themselves were to sacrifice parts of their body for a greater purpose. As such, they believed that by remaking their own bodies, they were becoming closer to their deities. While this was the case, they never maimed their bodies in a manner that would permanently hinder their ability to function. This resulted in individual Yuuzhan Vong having mottling or scarring, and sweeping tattoos. The more elite individuals were even known to graft organs from other creatures into their bodies. Devotional practices to the gods called for bloodletting at prayer times. Shamed Ones were forbidden from attending religious ceremonies.

Yuuzhan Vong beliefs highly influenced their actions and personality. According to their religion, life was suffering, and death was the ultimate release from that suffering. Thus, the Yuuzhan Vong were resigned, and willingly went to their deaths. In addition, the priests claimed that they did not ask of others what they themselves did not accomplish, meaning that they equally sacrificed their own numbers as well as "infidels". This was an act of service to their deities, who were believed to have sacrificed their body parts in order to create all of existence. According to their beliefs, the gods of the Yuuzhan Vong declared that life was suffering and that pain was their truth. As such, the Yuuzhan Vong felt that nothing could be learnt unless it was purchased in pain. Some amongst their race, such as Domain Shai, went as far as to inflict pain on themselves to the point that they enjoyed it. Such groups felt that the infliction of pain was a means of earning the favor of their deities.

The Yuuzhan Vong has 3 major caste's 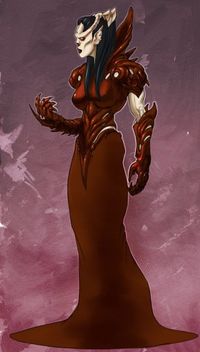 The Shaper caste gains the wildshape ability like a druid. They also gain the Master shaper ability.

Shaper: makes you and all allies within 15ft do x3 critical damage and their threat range is doubled.( like improved critical feat) 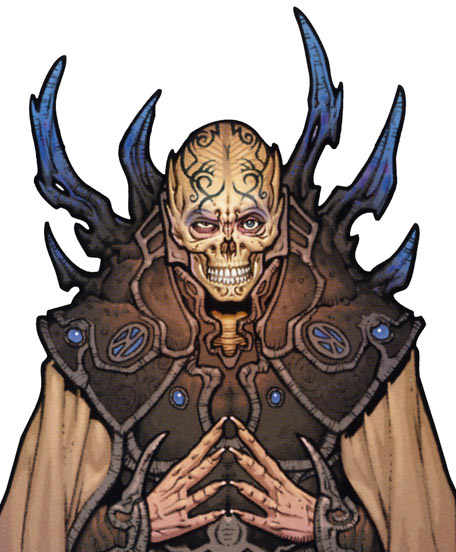 Scarification: grants you and allies within 15ft a +4 to attack and additional 1d6 of magic damage to their attacks. 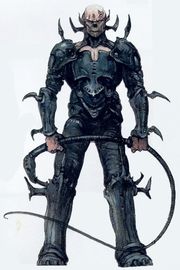 The Warrior caste gains profecieny with all weapons and armor as well as gain the Greater Vondun Crab Armor Item.

Crab Armor: is light/Medium, grants a +4 defense, a +4 max dex, 15% spell failure, and gives the wearer Damage reduction 3 from all sources.

immune to all mind affecting spells and enchantments.

Amphistaff(400 gold): is treated like a Masterwork bow but has unlimited ammunition, can be wielded in one hand,range of 120ft does 1d8 acid damage. can also be used as a masterwork long-sword, and can be used as a Masterwork spear but only one form at a time.

Snap Bugs(5 silver): range 40ft target square, each character within 10ft must make a Fortitude save of DC 16 or be blinded for 1d4 rounds.

Tokhlor tallow(5 silver): a smelly tick-like creature that exploded when it hit a surface spraying its corrosive tallow over anyone and anything it hit. A friction-less coating to form on exposed surfaces causing anyone walking through the area to slip and fall down.

Coufee(1 gold): A Master work dagger about 20 centimeters long, black, does 1d6 damage and an additional 1d4 damage the next round. 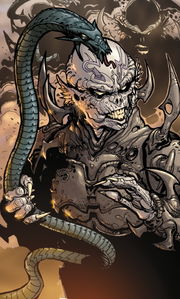 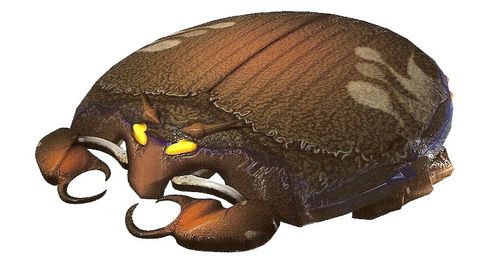 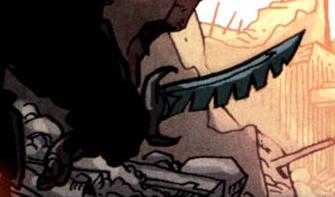 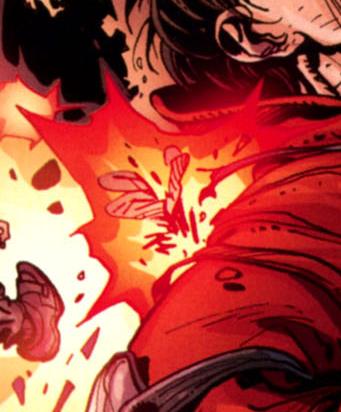