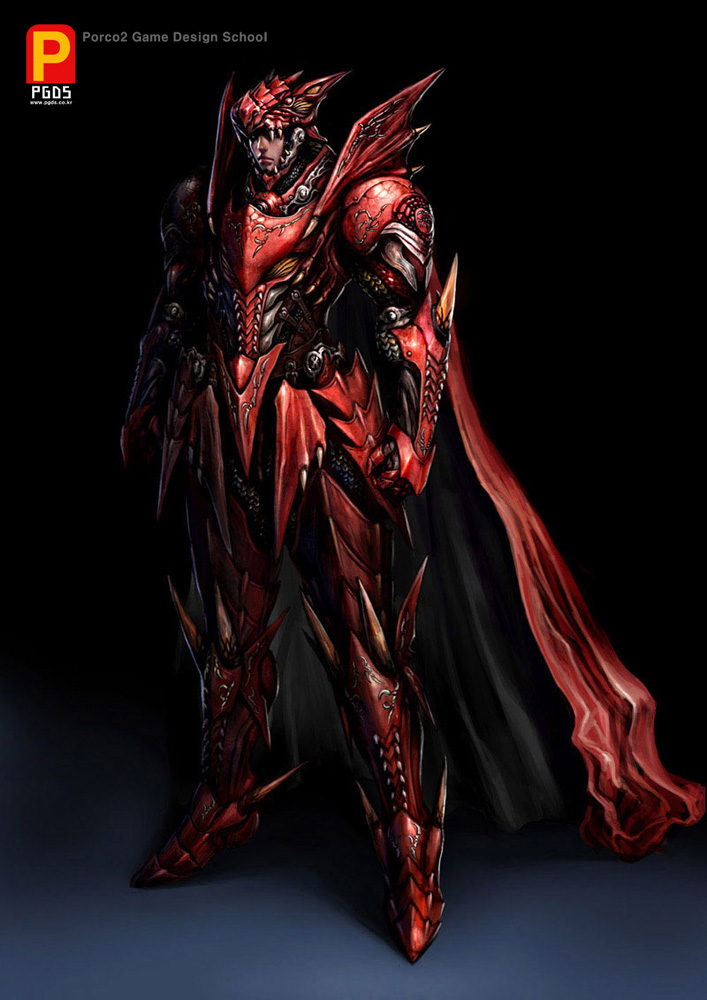 Thanks to Porco2 of Deviantart, and to it's creators for the use of this image.

The Wyrm Knight has made a bond to serve a dragon, the most deadly creature of all the planes. The Wyrm Knight is gifted with the abilities of it's patron, and supports his master's cause.

A Wyrm Knight gains it's powers from it's patron in the form of "Gifts". All of the following are class features of the Wyrm Knight. ((As a small note, each renewing Companion ability replaces the one before it.))

Dragon Mount: At 1st Level, the Wyrm Knight gains a dragon cohort according to the leadership feat, to serve as his mount. The dragon cohort mount is from the Wyrm Knight's dragon patron's brood. If the dragon is normally too small to serve as a mount, the dragon will magically enlarge in size until it reaches the least size category necessary to be a mount. This size enhancement is permanent as long as the dragon serves wilfully as a mount, however any dragon mount that has increased in size this way takes a penalty on all damage rolls for natural attacks equal to -2 damage per size category increased (minimum 1 damage). A paladin who takes this class permanently dismisses his special mount, and the dragon becomes his special mount.

Gold Tithe (Su): At 1st Level, the Wyrm Knight must split half of all his treasure he gains with his Dragon cohort mount. This gold belongs to the dragon cohort and is theirs to do with as they please.

Gift of Breath (Su): At 5th Level, the Wyrm Knight learns the draconic secret of breath weapons. His breath weapon is a 30ft cone and deals damage equal to 1d8 per 2 Hit Dice, the damage is of the same energy type as it's patron. This ability requires a recharge time of 1d6 rounds. If the Wyrm Knight already has a breath weapon, he also gains a -1 modifier to the recharge roll of their innate Breath Weapon, to a minimum roll of 1 round. If the wyrm knight has more than one type of breath weapon, it still can breathe only once every so many rounds.

Frightful Presence (Ex): At 7th level, The Wyrm Knight gains the Frightful Presence ability. The Wyrm Knight can unsettle foes with his mere presence. The ability takes effect automatically whenever the wyrm knight attacks, charges, or flies overhead. Creatures within a radius of 30 feet are subject to the effect if they have fewer HD than the wyrm knight. A potentially affected creature that succeeds on a Will save (DC 10 + ½ wyrm knight’s HD + wyrm knight’s Cha modifier) remains immune to that wyrm knight’s frightful presence for 24 hours. On a failure, creatures with 4 or less HD become panicked for 4d6 rounds and those with 5 or more HD become shaken for 4d6 rounds.

Draconic Ascension (Ex): At 10th Level, once per day, a Wyrm Knight may transform as if by the shapechange spell into a dragon of the patron's variety (caster level equal to character level). While in this form the Wyrm Knight gains an additional +4 to Strength, his Breath Weapon increases to d12s. After Draconic Ascension ends, the wyrm knight becomes fatigued (-2 penalty to Strength, -2 penalty to Dexterity, can’t charge or run) for the duration of the current encounter.

A Wyrm Knight who breaks his Patron's Pact, by commiting an act against his patron or multiclassing away from Wyrm Knight, or allows his dragon cohort to die must present at least 2000 x His Wyrm Knight Levels to his Patron's Hoard to atone, this is the only way to resume taking Wyrm Knight levels. Ex-Wyrm Knights may not summon their companion, but still benefit from their other abilities, armor, and weapon proficiencies.

Thalu Orthson is a Wyrm Knight under the "Queen of the Marsh" Neknelivenia, a Black Elder. He is a Human with an ambitious heart, and an apathetic view of what the law and it's equivalent nemesis is. He delights in causing mayhem, and destruction, and is wanted throughout much of the territory his Mistress holds, though through bribes and threats of death, few dare to challenge his Championship on his Mistress' home turf. Where once he was a fair, fine warrior and rogue, his heart was tainted by the promise of power that came to sit in his lap when he unsuccessfully tried to steal from the Elder Black's hoard. He made the pact to champion Her cause, and has since begun the descent into evil.

Thalu is depicted in the example encounter with his companion, Kennelvalukeis. The adventurer may encounter him through the bounty on his head, or may run into him while he and his companion fight off or kill another dragonkind threatening his Mistress' home and hearth. No matter how they encounter him, the party is bound to learn what happens when one gains Power, that that Power Corrupts Absolutely.

Thalu and his Companion are likely to be fought before facing his Patron, Neknelivenia, in a given Marsh or Swampy region.

Advancement: Wyrm Knights do not tend to advance from their class into others, as this breaks their Patron's Pact.

Resources: Among the few Wyrm Knights, there is an organization for both the Chromatic, and Metallic Dragons. Neutral Wyrm Knights may bind themselves to either one. Tiamat's Calling, the Chromatic's cult, is a shadowed organization which deals in the calling of their namesake. Bahamut's Platinum-guard, the Metallic's Order, is a more open organization with a small temple amidst the humanoid races of the Natural Plane.

Wyrm Knights in the World[edit]

Wyrm Knights adventure for their Patrons, or their own power. Wyrm Knights of a Lawful Good alignment often function similarly to Paladins, or Clerics, while Wyrm Knights of Chaotic Evil function as agents of their Master or Mistress' vile whims. Much like their patrons, it is rare for Wyrm Knights to not come to blows over opposing sides, and philosophies.. Or, just territory.

NPC Reactions: Most commonfolk regard the Wyrm Knight as a champion of it's cause, similar to a Paladin. Wyrm Knights of Lawful/Chaotic/Neutral Good Dragons are hailed as heroes and champions of the Dragon who attends to their protection, while Wyrm Knights of Lawful/Chaotic/Neutral Evil Dragons are regarded with suspicion, if not outright hostility. But, the strength of these wayward champions often removes their ability to be vocal about it. As long as a Wyrm Knight causes no destruction, or mayhem, they may be treated with Tolerance. For Dragons, much the same can be said when they stand amidst people.

Characters with ranks in Knowledge (Nature), or Knowledge (Arcana) can research Wyrm Knights to learn more about them. When a character makes a skill check, read or paraphrase the following, including information from lower DCs.

Wyrm Knights in the Game[edit]

The Wyrm Knight makes for an enjoyable melee-battler in the epic levels. Giving the player the option to join one of the most favored of beasts ranks while enjoying the martial prowess of a real frontline warrior.

Adaptation: The Wyrm Knight is only as adaptable as their patrons are. Dragons have a place in most campaigns, so too do their champions, the Wyrm Knights.

Base Attack Bonus: 10, +2 from Weapon = +12 to Rolls without miscellaneous additions.

Immunity to Sleep, Paralyze, and Charm. Immunity to Acid, Weakness to Electricity.