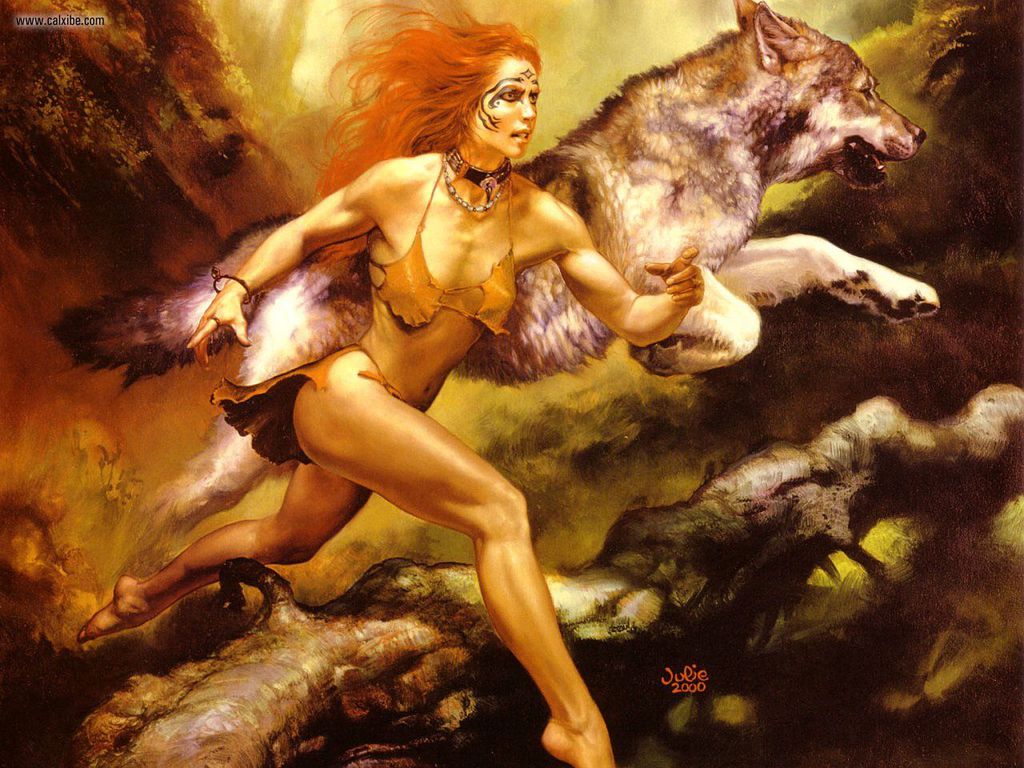 Wolfia Appears as a red headed woman clad in leather and sometimes carrying a quarterstaff which is still growing from its end. In some occasions she may give one of these Living Staves to her high priests or priestesses. She regularly runs and plays with wolves and other creatures of the forest. If a lost wanderer is found by Wolfia in the forest they may be guided out, free or for a small price depending on the mood of the Goddess.

It is encouraged to live at peace with nature, to protect the weak and teach acceptance to those around, no extreme fervor is required to follow Wolfia's teachings, only to be at peace with oneself and be happy. Evil and destruction are discouraged as much as possible.

Clergy are non-descript and can be any followers depending on the decision of the goddess herself, high priests and priestesses are marked with favor by the divine symbol placed by Wolfia's own hand. Her clergy have no set temples although small offerings are made by leaving offeratory food and gifts under trees in the woods which Wolfia may rest at after a hunt or a run.