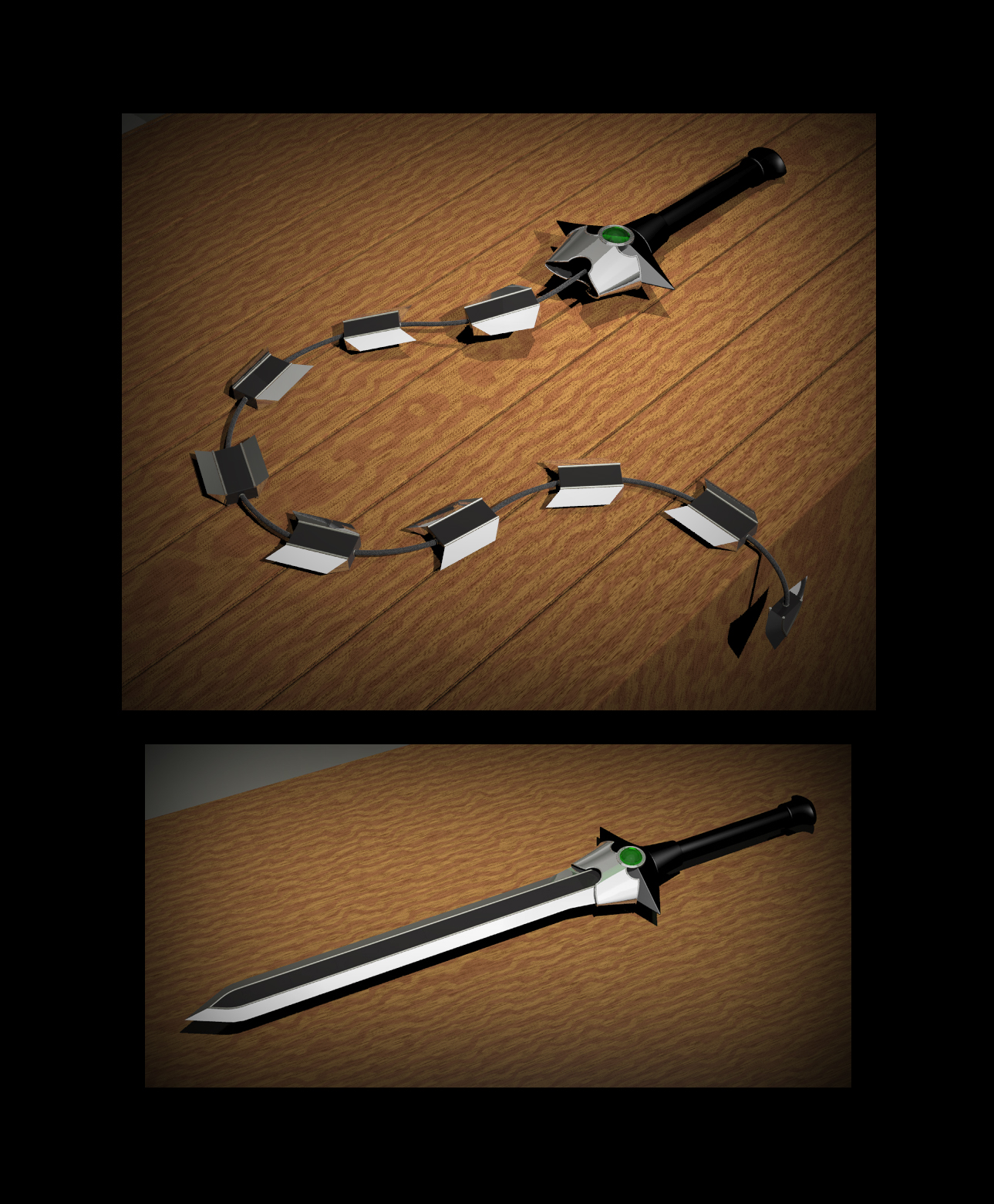 The whip sword was designed as an exquisite example of craftsmanship. When in sword state, a solid sword between the lengths of a long sword and short sword can be used in combat with "martial weapon proficiency: short sword" or "martial weapon proficiency: long sword". Those who have "exotic weapon proficiency: whip" may extend the sword into its more lethal form, the whip state. This may be activated before an attack to increase it's range instantly*. The sword will break into fragments attached by a highly flexible chain that allows advanced combat maneuvers. The user may during a whip state attack retract the weapon to sword state instantly*.

The whip state is treated as a melee weapon with 15-foot reach, though unlike regular whips, you do threaten the area into which you can make an attack. In addition, unlike most other weapons with reach, you can use it against foes anywhere within your reach (including adjacent foes).

Using a whip sword in whip state provokes an attack of opportunity, just as if you had used a ranged weapon.

You can make trip attacks with a whip sword. If you are tripped during your own trip attempt, you can drop the whip sword to avoid being tripped.

When using a whip sword, you get a +2 bonus on opposed attack rolls made to disarm an opponent (including the roll to keep from being disarmed if the attack fails).

You can use the Weapon Finesse feat to apply your Dexterity modifier instead of your Strength modifier to attack rolls with a whip sword sized for you, even though it isn’t a light weapon for you.