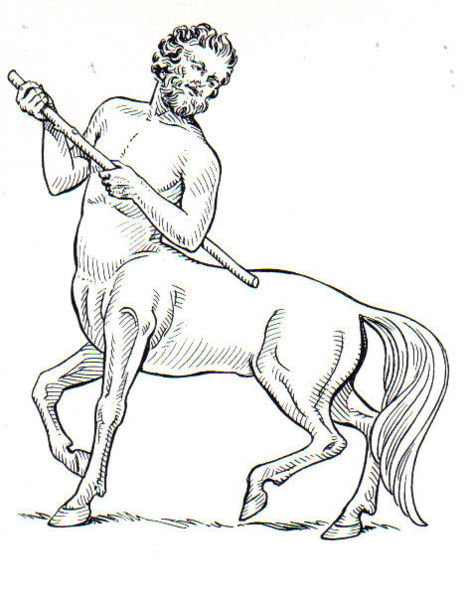 You can use the standard point buy to max out strength instead of getting the elite ability score array. (+3 = 59)

A runePGtF FRCS of righteous might will give a +4 size bonus to strength and increases your size to huge. (= 74)

A runePGtF FRCS of divine power will increase your BAB by 10. (It, also, gives a +6 enhancement bonus to Strength—which overlaps with the belt of giant strength—and at least 7 temporary hit points.)

Though runes are usable by anyone, they are twice as expensive as scrolls, and if you get reusable runes from a character with enough levels in the runecasterPGtF FRCS PrC, they're even more expensive.

From the levels in war hulk, Intimidate is the only mental stat-based skill in which the centaur can have ranks.

The Lolth-touchedMM4 template changes the centaur's alignment to chaotic evil.

Restrict the number of high-tonnage objects available to throw. Alternatively, don't allow PCs into the War Hulk class; it's intended as a way of advancing monsters.

Also effective is the use of illusory and/or decoy enemies to draw the Hurler's supply of ammunition. Finally, such throws are highly impractical anywhere with a low ceiling. In some cases, the projectile may not even fit in your dungeon.

If you can get your hands on a hammer of thunderbolts (shouldn't be easy) and gauntlets of ogre power (fairly easy at high levels), you'll get an extra +2 to Strength and a +5 weapon that does 6d6 base damage (after size increase from righteous might). Find an 8th-level caster to cast greater mighty wallopRotD and the weapon will do Colossal sized damage. So with all the bonuses you'll be doing 12d6+38 points of damage (80 average). Your enemies will have to make fortitude saves with every hit to avoid death from massive damage (barring damage reduction).

There is also the Gloves of Taarnahm the Vigilant (PGtF, 10,000 gp) Gives any weapon you are holding throwing and returning weapon qualities. If you were to include that improvised weapons gained this, then you won't have to worry about ammunition, provided you're able to catch the damn thing when it comes back.