War Elephants are extremely large nearly hairless herbivorous mammals that have a snout elongated into a muscular trunk, huge fan-like ears, and two incisors in the upper jaw that grow into large ivory tusks. War Elephants are unpredictable creatures but nevertheless are used as mounts or beasts of burden by many large evil creatures, such as Trolls. 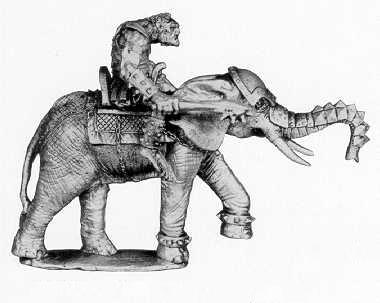 Normally in the wild war elephants attempt to flee danger, using their large bulk to deter and crush potential threats. If provoked males will often use their large tusks to gore and rend attackers. Trained riders can spend a standard action to make their war elephant mount Tusk Gore or Trample a target.

War Elephants live in a structured social order. The social lives of male and female elephants are very different. The females spend their entire lives in tightly knit family groups made up of mothers, daughters, sisters, and aunts. These groups are led by the eldest female, or matriarch. Adult males, on the other hand, live mostly solitary lives. Often it is these males that are captured and used for mounts by various beings.