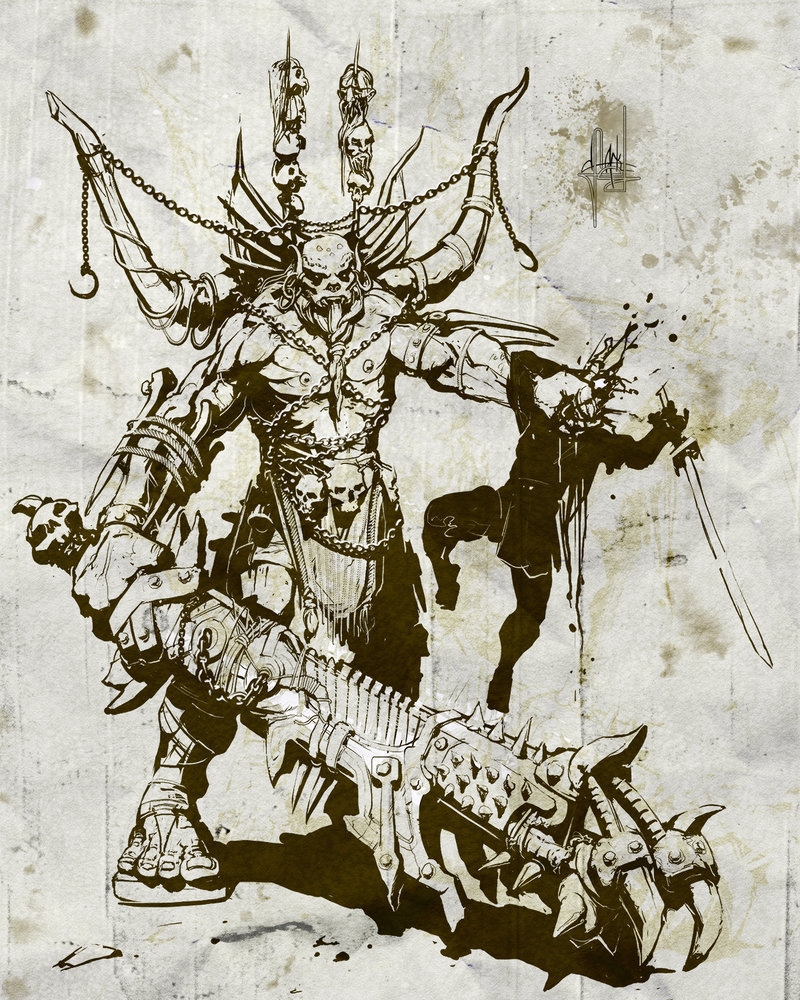 Urgalz is crushing a human head

They are always fighting each other and training for the next battle or war. They like to travel a lot so when they are around 20 they go traveling for a few years and then return back to their village (if they want to return). It is not hard to make them angry; just saying one insulting word to them can make them go bezerk on everything that they see, even if the one that insulted him were just asking a question.

They are most of time around three meters tall. They have similar skin and eye color as elves or trolls but they always have black hair (if they even have hair). One in every 100 urgalz becomes a knasari and they are even more powerful than the weak urgalz.

They don't like other races and are most of times in war with many of them. Their worst enemies are the Humans, Elves and Undeads. They look at Trolls as their Brothers and help them in battle sometimes if they really need it.

They are mostly Chaotic Evil or other Evil aligment

They live where they can live; in deserts, mountains and many other places. But they can't live many together. They are always in groups fighting each other. They are around 100 in each group, 200 at most if they are more than 200 in one group it most of times starts fight betwean few of them until everyone is fighting against each other ending up destroying the group, but if the race goes to war with another race and they are in danger to be defeated they fight all together.

They believe in in many deities. It depends in what the village chief believes in. They most of times believe in Tempus deitie of battle or Garagos Lord of War and they can allso believe in Berkrakwar[1], Lazarus[2], Nera[3] or Taslan[4]