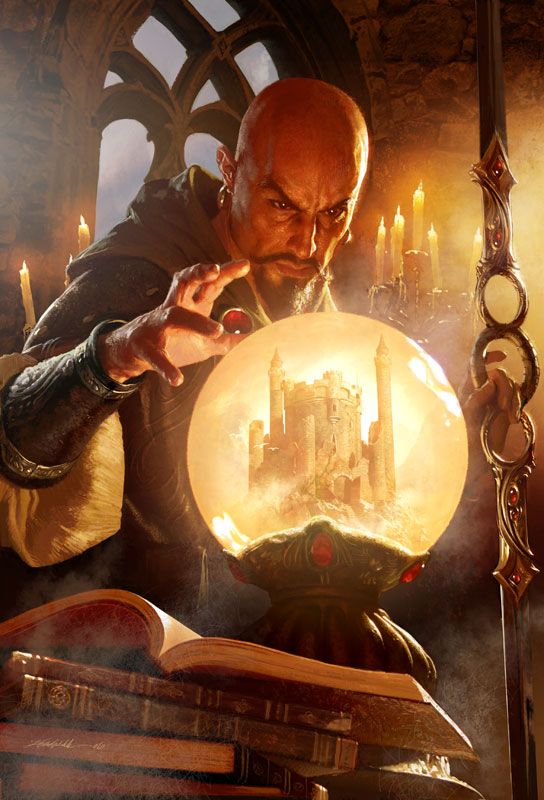 An evil magus plotting and schemining in his thirst for power

A magus is an arcanist who blends the spellcasting abilities of a wizard with those of a sorcerer. Relying on spell points to work their wonders, they prepare a limited number of spells each day from their spellbooks and are able to cast them in an array of different styles as their needs require. Unlike a wizard, the number of spells they have available any particular day is drastically limited, and compared to a sorcerer, the total amount of magic they can wield in a day is likewise limited. In exchange, the magus makes up for their shortcomings through their versatility, allowing them to use what magic they do possess more efficiently than either of their contemporaries.

Designer Note: I created this class after some criticisms that my spellweaver class was a bit over the top in some ways. I wanted to keep the essence of the aforementioned class, while still toning it down to its bare essentials. Thus was born the magus.

Abilities: Charisma determines how powerful a spell a magus can cast, how many bonus spell points he can cast per day, and how hard those spells are to resist. Like other spellcasters, a magus benefits from high Dexterity and Constitution scores, and Intelligence holds sway over how many spell points they have to work with.

Races: Any race may choose to become a magus, though humans and elves are unquestionably the most common practitioners of the art.

Alignment: Any. Good magi tend to favor white or other bright colors and use their spells to aid others, neutral magi generally prefer brown or other earth tones and focus on learning and mastering magic for its own sake, and evil magi prefer black or other dark colors and lust for the power they feel they deserve.

All of the following are class features of the magus.

Weapon and Armor Proficiency: Magi are proficient with clubs, daggers, darts, quarterstaves, and slings. They are not proficient with any type of armor or shield. Armor of any type interferes with a magus's arcane gestures, which can cause his spells with somatic components to fail.

Spells: A magus casts arcane spells which are drawn primarily from the sorcerer/wizard spell list. He can cast any spell he knows without preparing it ahead of time, the way a wizard or a cleric must.

Like other spellcasters, a magus can cast only a certain number of spells. However, instead of having a limited number of spell slots as a wizard or sorcerer, the magus relies on the spell points rules found in Unearthed Arcana. If spell points are for some reason antithesis to a specific campaign, a DM may also opt to use the same spell slots as a sorcerer of the same class level, though it should be noted that doing so takes away a large portion of the class's flavor.

As per those rules, a magus gains bonus spell points each day if they have a high Charisma score, as indicated on the second table. The cost for casting a spell is equal to twice the spell's level -1, so a 7th level spell requires 13 spell points to cast. Cantrips do not cost any spell points, but a magus can only cast a number of 0-level spells per day equal to 10 + his Charisma modifier.

Prepared Spells: Magi practice magic in a way that blends sorcery with wizardry. Like a wizard, a magus relies on a spellbook in which they record their spells. After 8 hours of rest, a magus may prepare spells from their spells precisely like a wizard does. However, instead of preparing spells into specific slots, the magus simply prepares a list of spells similar to a sorcerer's spells known. Throughout the day, the magus may then cast any spell he has prepared, relying on his spell points rather than prepared spell energy to fuel the magic.

A magus can prepare lower level spells in higher level spell slots, and such spells are automatically heightened to that level, as per the feat Heighten Spell without any additional increase in spell level or casting time. They cannot, however, be cast at their lower level once prepared in this fashion.

Magi learn and record their spells into a spell book in precisely the same way a wizard does. At 1st level they begin with a free spellbook containing all cantrips and two 1st level spells plus one additional 1st level spell per point of Intelligence modifier, chosen from the wizard/sorcerer spell list. At each class level thereafter, they automatically learn two additional spells of each spell level they can cast, adding them to their spellbook for free.

Should they come across additional spells during their adventures, they can learn and scribe them into their spell books in the usual methods. Magi are capable of learning arcane spells from other spell lists, such as those of a bard or beguiler, should they find a spellbook or scroll containing those spells. Attempting to do so, however, increases the DC of the Spellcraft check to learn the spell by +5.

Once they have woven an arcane tapestry, they can send their spells across the mystical strands to their allies. Although they cast only a single spell, they can have it affect every creature in their arcane tapestry just as if they were part of a single creature.

Only spells with the "harmless" designation in their saving throw entry or ones requiring willing targets can be cast into an arcane tapestry. If a spell has a costly material component or an XP cost, the magus must expend one casting's worth of the material component or pay the XP cost for each creature targeted by the spell (including the magus himself).

Latent Weaving (Su): The magus can now weave spells into their arcane tapestry for later use. At the indicated class levels, they can store the listed number of spells as a latent weaving.

To make a latent weave, the magus must designate the arcane tapestry as the target for the spell as they cast it regardless of what the spell's normal target is. The spell is then woven into the arcane tapestry in a dormant state; it doesn't use up its duration or affect targets in any way.

At 5th level, the magus may unleash their tapestry as a swift action rather than a move action, and at 10th level it becomes a free action.

Spell Points: At each level after 20th, your spell points increase by 20.

Latent Weaving: The epic magus continues to advance his latent weaving class feature, though he now only improves it at 24th level and every four levels thereafter rather than every three.

Bonus Feats: The epic magus gains a bonus feat (selected from the list of epic magus bonus feats) every 3 levels after 20th.