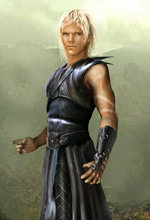 Theodians are a plantouched race. Not stemming from the sacred of profane like Aasimars or Tieflings however, Theodians draw their lineage straight from the magic in the multiverse. Long years of living on the material plane has diluted their outsider state and they now exist in a duality. They are both outsiders and natives.

Theodians differ in personality nearly as much as humans do. The nature of their existence tends to make them spontaneous and brash, but also enjoyable company. Their quick wit and charm tends to land them in good graces amongst outsiders, though most see them as fickle at times.

Magic comes naturally to Theodians, making bards and Sorcerers common amongst them. Fighter/Sorceror characters are common.

Theodians height varies as much as humans do, but most are between 5' 5" and 6' tall. Theodians often lack the physique other races have due to their preference for magical careers, but are by no means smaller than the average human. All Theodians have white hair and their eye color never stays the same long.

Theodians tend not to get along with the more savage races, as these races tend to view magic with suspicion.

Theodians, like humans, can be of any alignment, but most of them tend towards neutrality with a preference for good. The society Theodians have created for themselves is governed by an Emperor who upholds the rule of law, however all Theodians feel the tug of magic in them and as such most end to fall roughly neutral on that axis.

Most Theodians are found on their native islands of Theodia. This archepelego is a alpine climate and is famous for its large trees. Many powerful Arcanist have trained at the Arcane University. The great port city of Clar is also infamous for its Arena.

Outside of their native lands, Theodians commonly find themselves at home amongst magically inclined peoples. Though some Theodians prefer to live in non-magical communities (only so they can be revered and praised for bringing magic to those lands).

Theodians follow whatever god suits them. Most leaning towards gods of magic or goodness.

Note: If your game uses the Classical Hellenic Pantheon (Zues, Ares, et al) the Theodian would be followers of that pantheon.

Theodic names are Latin in sound. 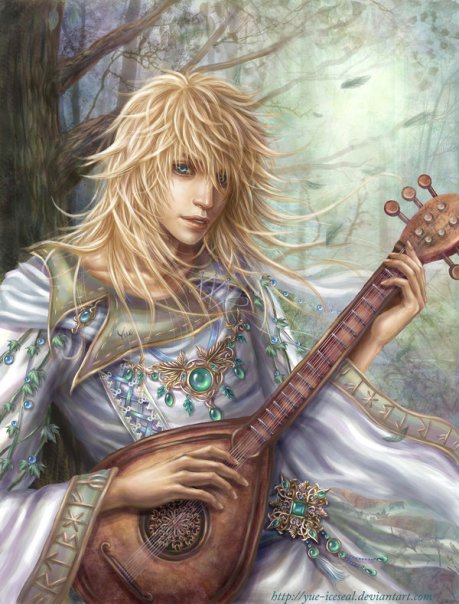