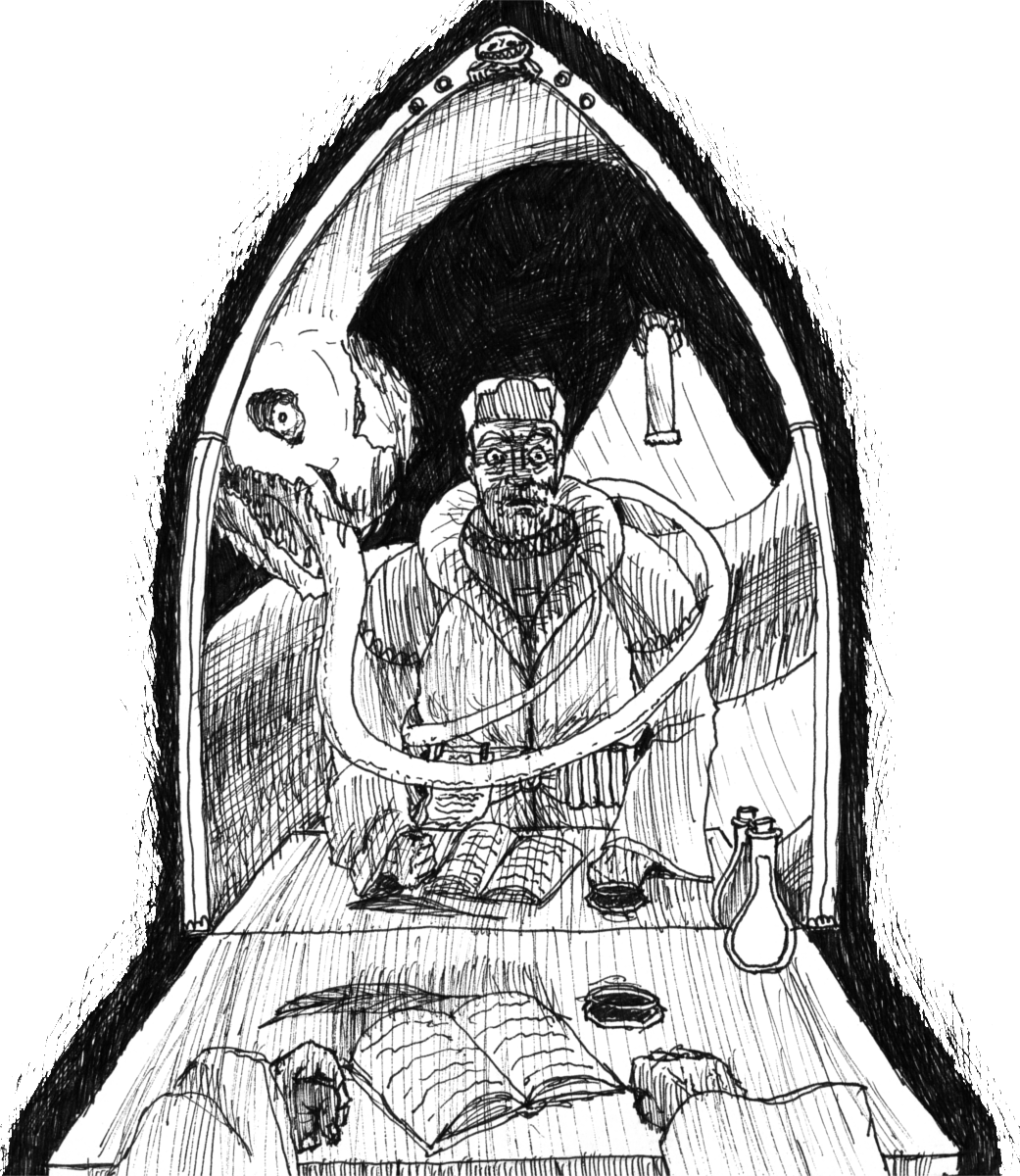 So ended the life of Lord Venel, a practitioner of Violet Magic, at the will and the maw of the Great White Wyrm.

Unrelated to the novel of the same name.

In worlds where magic runs wild, the Great White Wyrm slithers from its nest in the Astral Plane and tracks down those who would abuse the arcane arts. It is a creature that can only be seen in mirrors and is, by all accounts, unstoppable. It is a thing with no origin and no true name. And it has chosen you as an avatar of its unfathomable justice.

Starting at 1st level, you are given the quest to eliminate users of certain kinds of magic. When a creature within 60 feet of you casts a spell, you can use your reaction to instantly teleport to a space within melee range of that creature and deal 3d10 force damage to that creature. Once you use this feature, you can't use it again until you complete a short or long rest. At 6th level, this damage increases to 5d10; at 10th level, it increases to 7d10; and at 14th level, it increases to 9d10.

Starting at 6th level, you gain some moderate resistance to magic. You have advantage on saving throws against spells and other magical effects.

At 14th level, you can physically manifest an aspect of the Great White Wyrm: its annihilating maw. Whenever you deal damage with a spell or your Seek and Destroy feature, every creature that takes damage must succeed on a Wisdom saving throw against your spell save DC or lose 12 combined points of spell slots, starting with the highest possible and descending from there. Once you use this feature, you can't use it again until you complete a short or long rest.

In addition, whenever you kill a creature, you may banish its soul to the Astral Plane.

Spell attacks have disadvantage to hit you. In addition, whenever you succeed on a spell's saving throw, you take no damage from that spell.

While you are wielding your pact weapon, your melee range is extended by 5 feet.

When you see a reflective surface, you can close your eyes and see as though from the perspective of a 5-foot-square portion of that surface. Alternatively, you can close your eyes and project an image of yourself into any portion of that surface that you can see, moving in any way that you could in reality. You cannot affect anything in reality when you project this image, nor can you make any sound with this image.

The witch bolt spell is added to your expanded spell list.

Your Pact of the Chain familiar may be a white nothic.