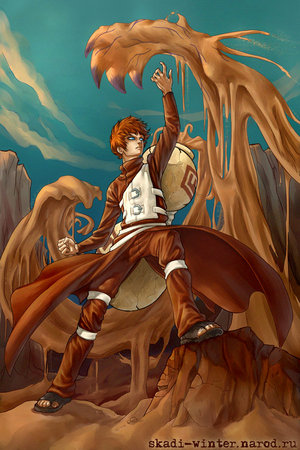 A sandbender using a technique.

Some specific types of classes and creatures, very generally referred to as technicians, have special abilities over elements or can call upon their own life's powers to perform incredible feats called techniques. Unlike magic, these things cannot be learned by just anyone and are usually inherited through a specific species or bloodline or are taught through rigorous training from birth. Unlike manifesting powers, these abilities aren't psionic but rather come from a combination of some inner energies that flow through a creature. Some call it chi, others chakra, still other names being mana or energy. But whatever you name it, it needs a way to be kept track of in the world of DnD and this is represented by technique points. Not to be confused with power points, technique points are a representation of a creature's inner powers.

How To Determine Bonus Technique Points[edit]

If you are taking continuous damage half the damage is considered to take place while you are using a technique. You must make a Concentration check (DC 10 + 1/2 the damage that the continuous source last dealt + the level of the technique you’re using).

Repeated damage does not count as continuous damage.

To use a technique while grappling or pinned, you must make a Concentration check (DC 20 + the level of the technique you’re using) or lose the technique.

If you are riding on a moving mount, taking a bouncy ride in a wagon, on a small boat in rough water, belowdecks in a storm-tossed ship, or simply being jostled in a similar fashion, you must make a Concentration check (DC 10 + the level of the technique you’re using) or lose the technique.

If you are on a galloping horse, taking a very rough ride in a wagon, on a small boat in rapids or in a storm, on deck in a storm-tossed ship, or being tossed roughly about in a similar fashion, you must make a Concentration check (DC 15 + the level of the technique you’re using) or lose the technique.

Using Techniques on the Defensive[edit]

If you want to perform a technique without provoking attacks of opportunity, you need to dodge and weave. You must make a Concentration check (DC 15 + the level of the technique you’re using) to succeed. You lose the technique points without a successful use of the technique if you fail.

Each technique's effect often depends on the technician level of the caster, that being the number of levels in the technician class the character has taken. Many techniques improve as a technician levels and learns new ways to use old tricks. Adding on these extra benefits usually requires the use of more technique points but is also completely optional.

If you try to use a technique in conditions where the characteristics of the technique(range, area, and so on) cannot be made to conform, the technique works as close to the full effect as possible. If the target is out of range then the technique fires as close as possible, possibly injuring allies or unintended enemies.

Once you know which creatures (or objects or areas) are affected, and whether those creatures have made successful saving throws (if any were allowed), you can apply whatever results a technique entails.

Many techniques give creatures bonuses to ability scores, Armor Class, attacks, and other attributes. Each bonus has a type that indicates how the technique grants the bonus. The important aspect of bonus types is that two bonuses of the same type sometimes don’t stack. The same principle applies to some penalties. In either case, use the better bonus or the worse penalty.

The passage from life to death and back again is a wrenching journey for a being’s soul. Consequently, any creature brought back to life usually loses one level of experience. The character’s new experience point total is midway between the minimum needed for his or her new (reduced) level and the minimum needed for the next one. If the character was 1st level at the time of death, he or she loses 2 points of Constitution instead of losing a level. This level loss or Constitution loss cannot be repaired by any mortal means, even the spells wish or miracle. A revived character can regain a lost level by earning XP through further adventuring. A revived character who was 1st level at the time of death can regain lost points of Constitution by improving his or her Constitution score when he or she attains a level that allows an ability score increase.

Enemies can take steps to make it more difficult for a character to be returned from the dead. Unfortunately for the enemy, they must know what different techniques the technician can use to revive as each works differently.

Usually a soul cannot be returned to life if it does not wish to be. A soul knows the name, alignment, and patron deity (if any) of the character attempting to revive it and may refuse to return on that basis. Some very powerful techniques, though, may be able to forcefully return a creature to life. These are usually considered very evil techniques though.

When the rule about technique–magic transparency is in effect, it has the following ramifications. Spell resistance is effective against techniques, using the same mechanics. Likewise, technique resistance is effective against spells, using the same mechanics as spell resistance. If a creature has one kind of resistance, it is assumed to have the other. (The effects have similar ends despite having been brought about by different means.)

Unlike usual, all spells that dispel magic have limited effect against techniques of the same level. The dispel check is instead 10 + technician's level squared. This is because techniques are a natural ability based not on learned use of magic but on life energy converted into power and thus much more difficult to dispel. Instead, most techniques can be countered through other techniques or an equal or greater opposite, such as fire countered by water.

The spell detect magic detects techniques, their number, and their strength and location within 3 rounds (though a Knowledge(Techniques) check is necessary to identify characteristics of the technique's aura). Dead magic areas are also dead technique areas.

Some techniques can interfere with others. Each technique will usually have a section describing what situations may cause various effects.

Techniques that provide bonuses or penalties on attack rolls, damage rolls, saving throws, and other attributes usually do not stack with themselves. More generally, two bonuses of the same type don’t stack even if they come from different techniques, or one from a techniques and one from a spell. You use whichever bonus gives you the better result.

The bonuses or penalties from two different techniques, or a techniques and a spell, stack if the effects are of different types. A bonus that isn’t named (just a “+2 bonus” rather than a “+2 insight bonus”) stacks with any bonus.

Same Effect More than Once in Different Strength[edit]

The same technique or spell can sometimes produce varying effects if applied to the same recipient more than once. The last effect in a series trumps the others. None of the previous spells or techniques are actually removed or dispelled, but their effects become irrelevant while the final spell or technique in the series lasts.

One Effect Makes Another Irrelevant[edit]

Sometimes, a technique can render another technique irrelevant.

Multiple Mental Control Effects: Sometimes techniques or magical effects that establish mental control render one another irrelevant. Mental controls that don’t remove the recipient’s ability to act usually do not interfere with one another, though one may modify another. If a creature is under the control of two or more creatures, it tends to obey each to the best of its ability, and to the extent of the control each effect allows. If the controlled creature receives conflicting orders simultaneously, the competing controllers must make opposed Charisma checks to determine which one the creature obeys.

Techniques and Spells with Opposite Effects[edit]

Techniques and spells with opposite effects apply normally, with all bonuses, penalties, or changes accruing in the order that they apply. Some techniques and spells negate or counter each other. This is a special effect that is noted in a technique's or spell’s description. In the case of techniques, it is very common for one technique to negate or otherwise affect another.

Two or more magical or technique effects with instantaneous durations work cumulatively when they affect the same object, place, or creature.