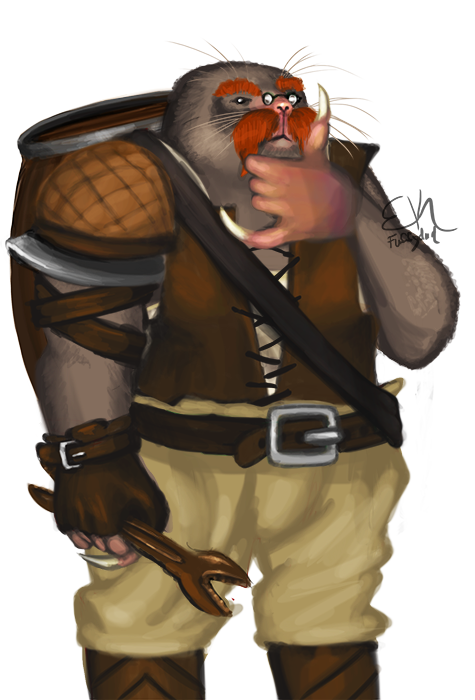 A talpidan man of a mechanical or engineering profession.

Talpidans have a coat of fur that can be gray, blond, rusty red, brown, or black. They have a short, triangular snout with many whiskers, a small pink nose, tiny ears, and tiny eyes. A male talpidan can grow a mustache. They have mole-like hands with large claws which allow them to dig as fast as they can run. They prefer function over form in their clothing, due to poor eyesight preventing them from appreciating fine details. Talpidans average 4 feet tall and weight almost as much as adult humans.

Talpidans have a given forename and a clan name.