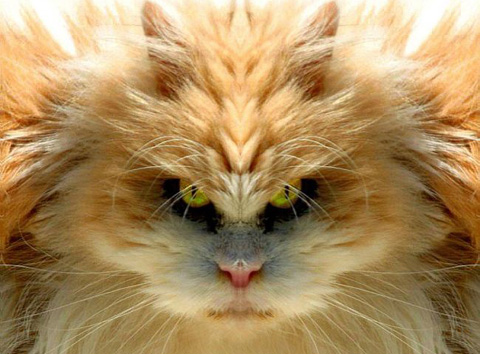 Sylus is a demonic deity of all felines who follow the dark path, some humans follow him as well, as such he has some respect for humans, but despises all other humanoids, he was once a powerful demonic general in the sin wars (ancient wars between good and evil) and commanded a legion of Rakshasas, and slaughtered hundreds of angels, he indeed was the creator of the Rakshasas, who where once a nation of Tanreiss (DnD Race) who he infused with the power of demons, now he has ascended into godhood, he is allies with Orcus and Duriel and although cannot help them physically due to his godliness, he often commands his Rakshasas to aid his demi-god allies.

The feline race called the Vielians (DnD Race) are the loyal and zealous children of Sylus.

Sylus is a god whom demands human sacrifice and disapproves of weakness among his followers, beckoning for them to become as strong as they can.

most evil intelligent felines know of Sylus, and many of them follow his path, he commands a clergy of druids, whom he demands they focus on "awakening" unintelligent felines, to bolster his ranks, they use a variant of the "awaken" spell that insures that at least 95% of awakened felines are evil.