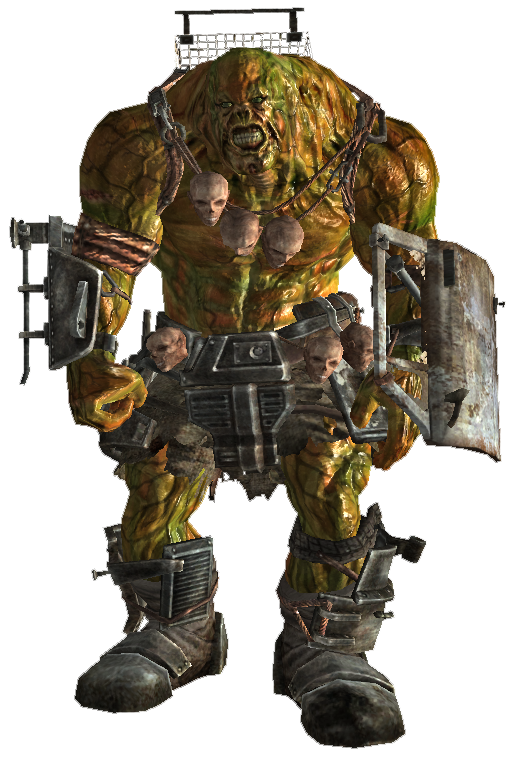 The oldest and strongest of the Super Mutant army.

Super Mutant Behemoths are the most dangerous foe to be encountered in the wasteland, and should never be engaged unless full preparation has been made for the battle. Encountering one by accident has meant the end for many a wastelander and creature alike.

They are usually encountered in groups of several other super mutants, usually being the only behemoth in the group. Despite their seemingly low intelligence, super mutants can sometimes employ effective military tactics. Melee-armed mutants will move in to engage the player while those behind them take pot-shots with ranged weapons. Super mutants armed with grenades will often use them without regard for any fellow mutants that might be caught in the blast radius.

Radiation Resistance(Ex): Super Mutants are entirely immune to the effects of radiation.