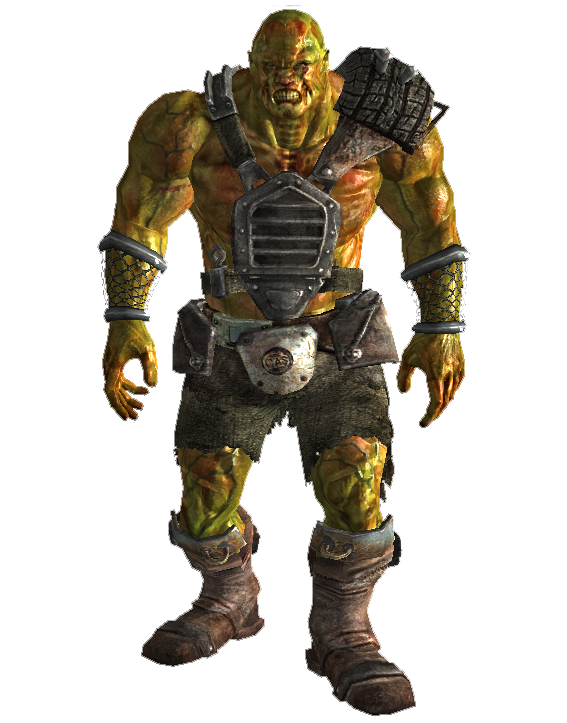 The youngest and stupidest of the Super Mutant army.

Super mutants are mutated humans, products of infection by the Forced Evolutionary Virus (FEV). They are much taller, bulkier and muscular than pure strain humans, have (mostly) green, gray, or yellowish skin, are immune to disease and radiation, and are gifted with superhuman strength and endurance. Although they are completely sterile, the rapid regeneration of their cells caused by FEV makes them virtually biologically immortal (but not immune to death from injury).

They are usually encountered in groups of two or three, led by a stronger super mutant. Despite their seemingly low intelligence, super mutants can sometimes employ effective military tactics. Melee-armed mutants will move in to engage the player while those behind them take pot-shots with ranged weapons. Super mutants armed with grenades will often use them without regard for any fellow mutants that might be caught in the blast radius.

Radiation Resistance(Ex): Super Mutants are entirely immune to the effects of radiation.