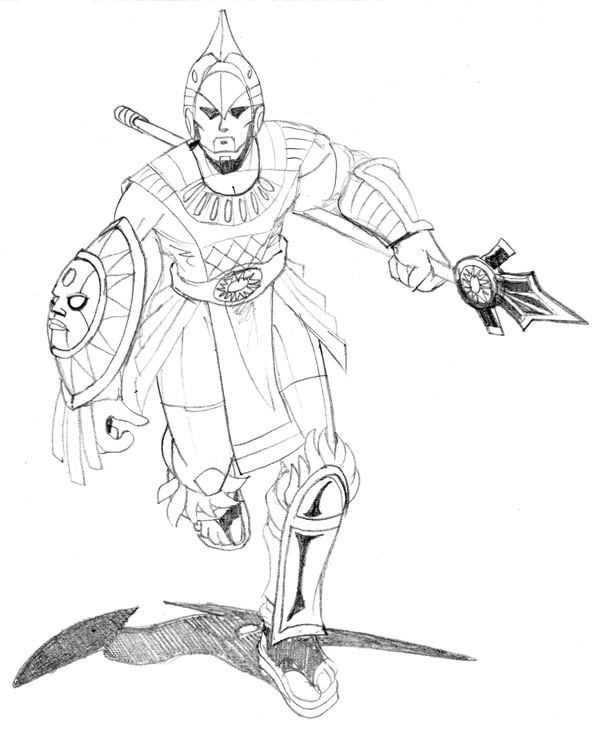 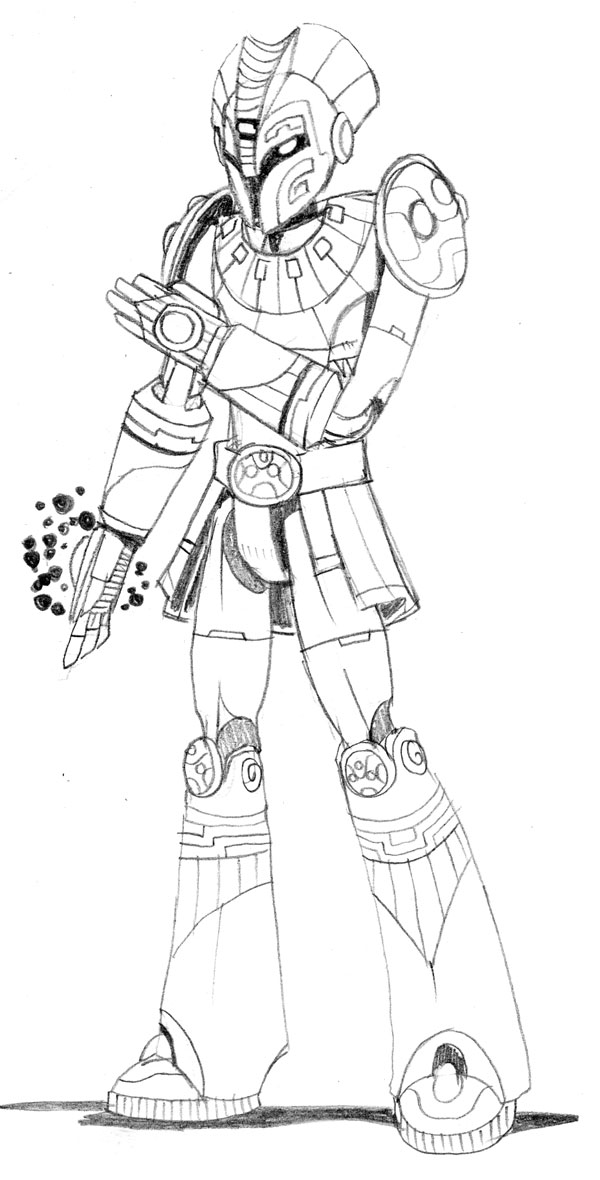 ...and the latest standard autosoldier, built to work in outer space.

When placed next to each other and care is taken to observe the design, you are able to see that the fleshy-looking wax golem in golden armor was a precursor to the sleek armored construct. Both types of golems bear the symbol of the Sunglari Empire: the holy symbol of their god Inti, a blazing sun.

Sunglari autosoldiers are the answer to the problem of lost lives in battle with countless races for supremacy of the galaxy. They are constructs made to do the dirty work, while living Sunglari commanders direct from safety. Most are designed for combat on every type of terrain, even in the gravity-free corridors of space. A few leftover models are older "ornamental" editions, modeled in wax after one of the great generals of ancient Sunglari history.

Autosoldiers have simple combat orders: to attack or defend. They always fight until destroyed.

Integral Laser Sight (Ex): Standard autosoldiers have a built-in targeting system. This grants them a +4 bonus to their ranged attacks.

Plasma Beam (Sp): A plasma cannon has been built into each hand of a standard autosoldier, giving it a ranged attack. This is similar to the searing light spell, with the construct's caster level equal to its HD.

Lifelike (Ex): Wax autosoldiers are crafted out of wax to look like specific war heroes. The detail is so fine that they are often mistaken for an actual person. This gives the construct a +10 racial bonus to Disguise to conceal its true nature.

Magic Immunity (Ex): All autosoldiers are immune to any spell or spell-like ability that allows for spell resistance, with certain spells affecting each construct thus: Fire damage of any kind slows wax autosoldiers (as the spell). Fabricate allows the caster to permanently alter the appearance of a wax autosoldier (not clothing, armor or accessories), but will require a new Craft(sculpting) check. Standard autosoldiers are slowed by any spell that deals electricity damage. Both versions of the autosoldier are normally affected by all repair damage spells.

Melt Down (Ex): Wax autosoldiers melt into a puddle of liquid wax when destroyed. The puddle dissolves quickly, leaving behind any clothes or accessories.