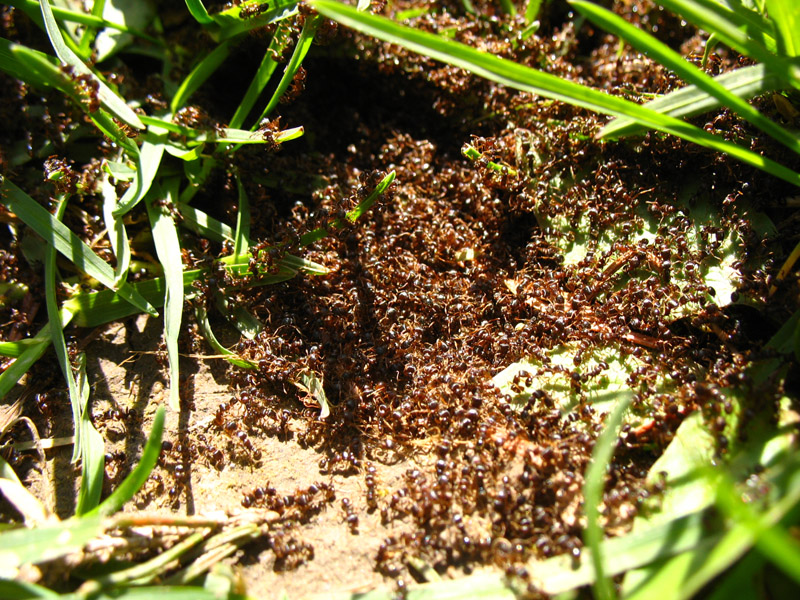 The ground ahead of you seems to be moving, and you can hear a faint buzzing noise. As you get closer you realize that the "ground" is actually a dense swarm of hundreds of frighteningly large ants.

An army ant swarm seeks to surround and attack any living prey it encounters. The swarm deals 1d6 points of damage to any creature whose space it occupies at the end of its move.

Distraction (Ex): Any living creature that begins its turn with an army ant swarm in its space must succeed on a DC 14 Fortitude save or be nauseated for 1 round. The save DC is Constitution-based.