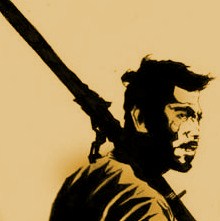 He wasn't lost. He just had no clue where he was.

Regional Travelers are talented adventurers who seek fame and fortune through contract jobs and quests. Contracts often involve specific tasks such as finding, retrieving, and returning an object. Travelers are support fighters but can fill the role of healer when outside of combat. Regional Travelers suffer from wanderlust and a devious curiousity and are almost never homesick. They thrive on excitement and dangerous situations. Always thrillseeking for a few coins. They can many a times be found traveling with a large party or caravan. Many Regional Travelers wished to become Bards or wealthy Sorcerors but lacked the musical or magical talent to pull it off. However, their lifestyle has given them a practical knowledge of medicine and healing, which they are more than happy to share. And while health and wellness are habitual, few travelers live to a ripe old age and see retirement. The world is just to wild and dangerous a place for these riskbreakers. The few that do live long enough to retire often author a book of their many travels. Inspiring the next generation of adventurers for years to come.

Regional Travelers are support melee fighters. They act as healers when out of combat.

All of the following are class features of the Regional Traveler.

Parry (Ex): At 1st level choose a one handed weapon with which you are proficient and do not have Weapon Focus. You may no longer take the Weapon Focus feat for this weapon. Instead, when held with one hand you gain a +1 shield bonus to armor class. This bonus increases by +2 at 4th level and every four class levels thereafter (8,12,16,20). This ability is lost should you gain proficiency with heavy armor or shields. However, this ability can take the place of the Weapon Focus feat when determining prerequisites.

Also, at 4th level and at the beginning of your turn you can choose to trade your entire bonus to AC for sneak attack damage to all attack roles. Every -2 to AC grants 2d6 sneak attack damage. This damage only applies whenever your target would be denied their Dexterity bonus to Ac. This effect last until your next turn, you must still hold the weapon with one hand to use this ability, and any bonus to damage is not multipled when a critical hit.

Shout (Su): At 2nd level yourself and allies within 60ft gain +4 temporary hit points when you use this ability. This is a swift action and allies need to be able to hear you for this ability to work. This bonus stacks every four levels after 2nd. This ability can be used 3 times per day and lasts for 5 minutes. At 6th level and above, when activated any allies within 60ft suffering from an enchantment can make a will save vs (10+spell lvl) to resist the effects.

Gift: At 3rd level a traveler gains six level-0 arcane spells. These spells are Detect Magic, Flare, Light, Mending, Prestidigitation, and Read Magic. These spells can be cast at any time however a traveler can only cast 3 spells a day. These spells do not need to be prepared and have a DC of 10 + wisdom modifier.

Trap Sense (Ex): At 3rd level a traveler gains a +1 bonus on Reflex saves made to avoid traps and a +1 dodge bonus to AC against attacks made by traps. These bonuses rise by +1 every four levels after 3rd.

Natural Critical (Ex): At 5th level choose a weapon with which you are proficient. A natural 20 is now always a confirmed critical hit for this weapon. This increases to a natural 19 at 9th level, natural 18 at 13th level, and natural 17 at 17th level. Any automatically confirmed criticals deal half damage against targets immune to critical hits.

Map Sense (Ex): At 9th level a regional traveler can always discern which direction is north and recieves the Woodland Stride ability. Which allows them to move through some difficult terrian at their base land speed. This does not apply for magical or enchanted obstacles.

Parry: When held one handed your chosen weapon gives a +11 shield bonus to AC. This increases by +2 at levels 24 and 28. At 21st level you can choose to trade your entire Ac bonus for 2d6 sneak attack damage equal to every -2 to Ac.

Shout: Self and allies within 60ft gain +20 temporary hit points. This bonus increases +12 every four levels.

Trap Sense: A traveler gains a +5 bonus on Reflex saves made to avoid traps and a +5 dodge bonus to AC against attacks made by traps. These bonuses rise by +4 every four levels.

Natural Critical: Any critical threat for this weapon is automatically considered confirmed. Increases the weapons multiplier by two at 25th level.

Any traveler who multi-classes loses the parry ability.

Religion: Worships according to alignment and gods of good fortune and travel.

Other Classes: Healthy admiration for Bards and Clerics.

Advancement: Some enjoy taking one level in Regional Traveler just to use the Parry ability.

Regional Travelers in the World[edit]

Where characters of this class fit in the world.

Notables: No famous Regional Travelers to speak of. They are popular with the local innkeepers.

Characters with ranks in Knowledge (local) can research Regional Travelers to learn more about them. When a character makes a skill check, read or paraphrase the following, including information from lower DCs.