The Order of the Wardens[edit] 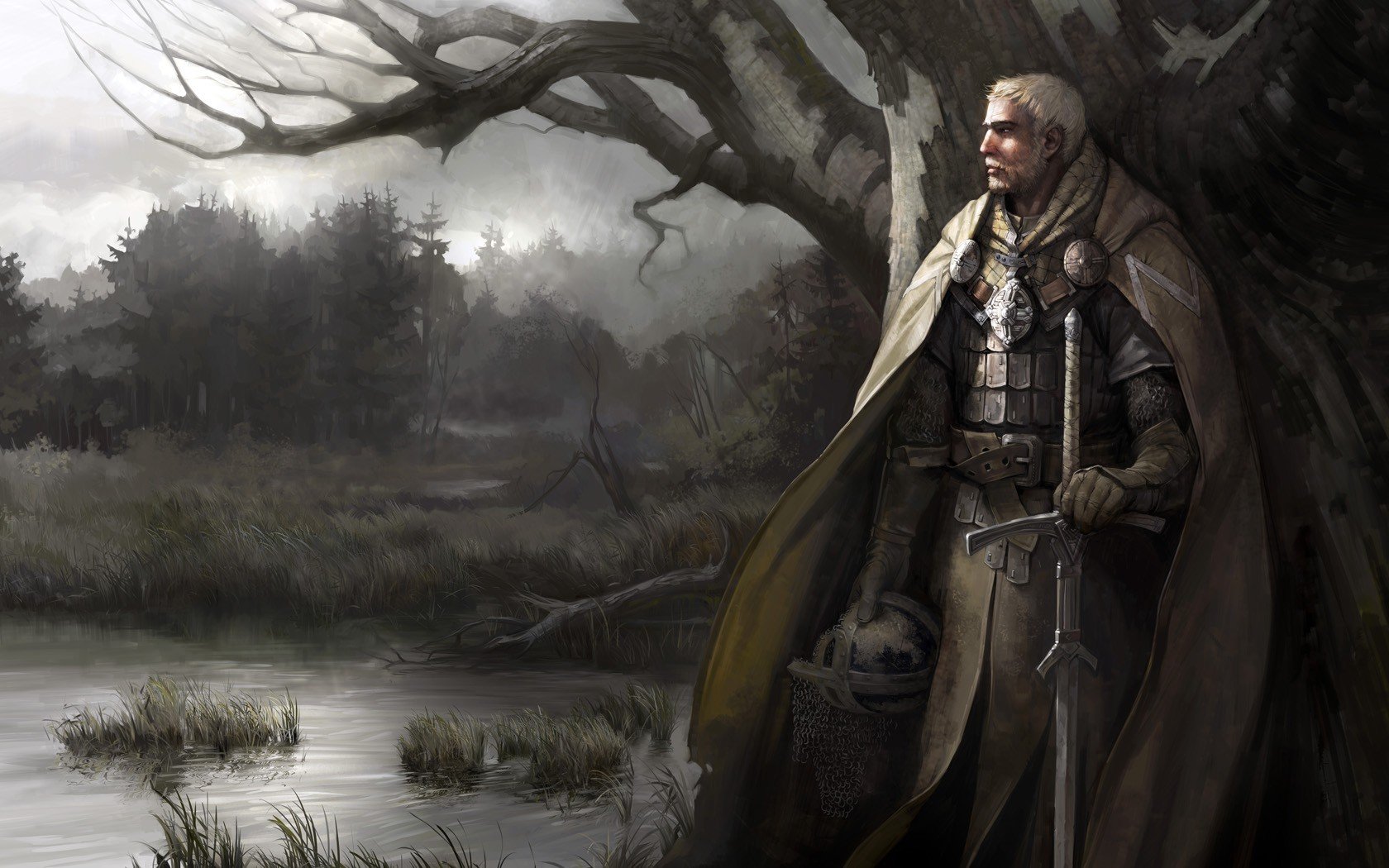 The hard men of the Wardens are a thin line against the ancient evils of the Barrier Forest.

The Black Forest Guard, or originally the Black Road Guard, were formed in the mid Third Age after the Second Campaign of the Wandering One. Even with the defeat of the last major death cults and sleeper cells, those that remained slunk back into the dark places of Dominaria and the Goldenwood especially became a haven for necromancers, Vampires, and worse. Within a few years, the "Black Forest" was a place of fear, and the large town of Kurt's Junction was terrorized until it was all but abandoned. Soon the "Black Road", the easiest way to reach Lugard from Telasaro, was dangerous and harried by opportunistic bandits as well as creatures from the forest. With terror spreading and the trade and welfare of the people drying up Tyler the Lichslayer, a cleric of Heironeous and a hero from the Campaign, formed The Companions of Telasaro to clear the areas around the road and patrol it. He sought and received commissions from Telasaro, Lugard, and several Trade Houses and soon he had almost 450 well equipped men patrolling the road on horse. The first years were tough fighting and groups of 20 or so Companions would shepherd caravans from Telasaro to Lugard and then take any back that did not take the Melidaa south.

Eventually the road stabilized and the Companions began to range and fight further towards the forest. Now called the Black Road Rangers, the group swelled to nearly 2000 men within 5 years and parties of up to several hundred would ride out to the forest's edge and fight for several brutal months before returning to Lugard, Telasaro, or Kurt's Junction which became their base. The Rangers were a dangerous group but young adventurers saw them as glorious and the ultimate group of heroes to join. The membership climbed slowly even as the Rangers made the road more and more secure, because many new recruits died on their first expedition and veterans too were claimed. It was during the eighth year of the Company when Kurt's Junction was burned in a night attack surprising in both its size and how far it went from the forest. Following this, Lord Commander Tyler ordered the entire Company to muster and they all rode out towards the forest. They campaigned for 4 months and cleared out each of the 5 major ruins near the forest as well as the two watchtowers long abandoned by the 2nd Imperium. The Company returned a mere 1500 men: bloodstained, hardened veterans all, and loaded with treasure. Their victories were celebrated from Lugard to Balmorra and into Nurimsland and the High Houses of Lugard, Telasaro, and Balmorra each pledged 5,000 men to march on the forest. Lord Commander Tyler however, knew that it would be foolhardy to march into the forest with 50,000, especially with no information on what lay inside, and instead asked for money to construct a pair of fortresses.

So were the twin fortresses of the Black Forest Guard constructed. The monolithic North and South Watch castles are some of the largest and newest 'large fortresses' on Dominaria, indeed few castles built in the almost 500 years since can match their height and size. The star-shaped bastions are an improvement on the older Imperial-pattern fortress they're based on, and the inner redoubts and block-citadels are built of thicker stone with more positions for heavy weaponry. Upon completion of the fortresses, Lord Commander Tyler gave up his command and commissioned the Black Forest Guard under its first commander, Lord Arthur "Hyperion" of Lugard. The Black Forest Guard have patrolled the edges of the forest and guarded the Black Road for nearly 500 years. They've fought the creatures of the forest, tracked the larger groups for, and weathered more than a dozen major attacks and campaigns in that time. Men from northern Ramosia as well as the Northern Houses may join the Guard for a period of three, five, or ten years and are equipped with what they cannot bring. The Guard was once highly selective, and still will only take able bodied men who can take the training, but now criminals can join to manumit their sentences and the Guard will provide equipment to those who sign on for at least five years. The group is still seen as a heroic profession, and indeed many young men seeking to raise or 'polish' their station will join the guard, but it has definitely lost its luster as it becomes more and more successful at holding the denizens of the forest at bay. North and South Watch can each comfortably hold 6,000 men and 2,000 horse, and both currently house roughly one-third that number with about 1,000 from each out on mounted or foot patrol at any time.

Area of Influence: The Black Forest in northeastern Ramosia

Base of Operations: North and South Watch as well as the taverns, way-stops, and depots the group owns in Kurt's Junction

Leadership Style: Lord Commander of each Watch, who agree on directions through seniority

Patron Deity: None, but Pelor or Heironeous would be commonly worshiped in the chapels

Symbol: A black tree on a green field, a white skull on the left of the trunk and a golden shield on the other

Note: The Black Forest Guard currently considers the Lich Artemis of Ithraka and his undead horde, the Werewolf King Thomas Redmane and his tribe (allied with the Yellowshield Goblins), and the Red Sorceress of Bear Lake as their main enemies.