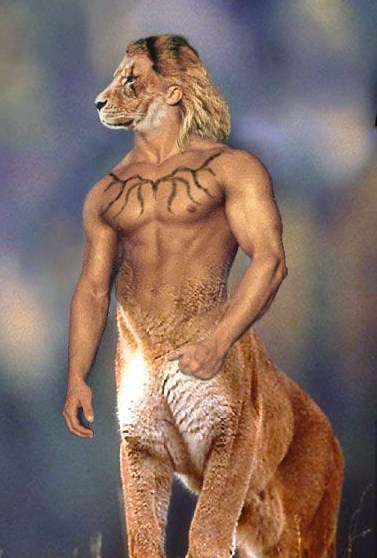 Ferris are proud and always ready to charge into battle, usually even recklessly. Ferris are proud beings to the point where they will never except help, no matter how hard the task. They will never cheat at anything and will never steal. The Ferris species are typically good aligned, as they are predisposed to do well by their fellows, and enemies.

The Ferris are appear just as the base species, blended with a lion. They have short yellowish-orange fur, large manes if they are male, catlike ears and eyes, if they are women. They all have long tails with a bushy bit of brown fur on the end. The Ferris is typically between 5 1/2 to 6 1/2 feet tall. They usually have brown, black, or yellow eyes. Males usually weigh 150 - 180 pound with females weighing around 135 - 150 pounds. The Ferris typically have very long claws and teeth; the teeth occasionally extruding out of the mouth of the Ferris

Ferris get along with most races without issue, but because of their typically wild upbringing, they are typically not as trained in social protocol as most other races

Ferris are fluent in most basic animal languages, and can therefore speak Sylvan Ferris are also fluent in common