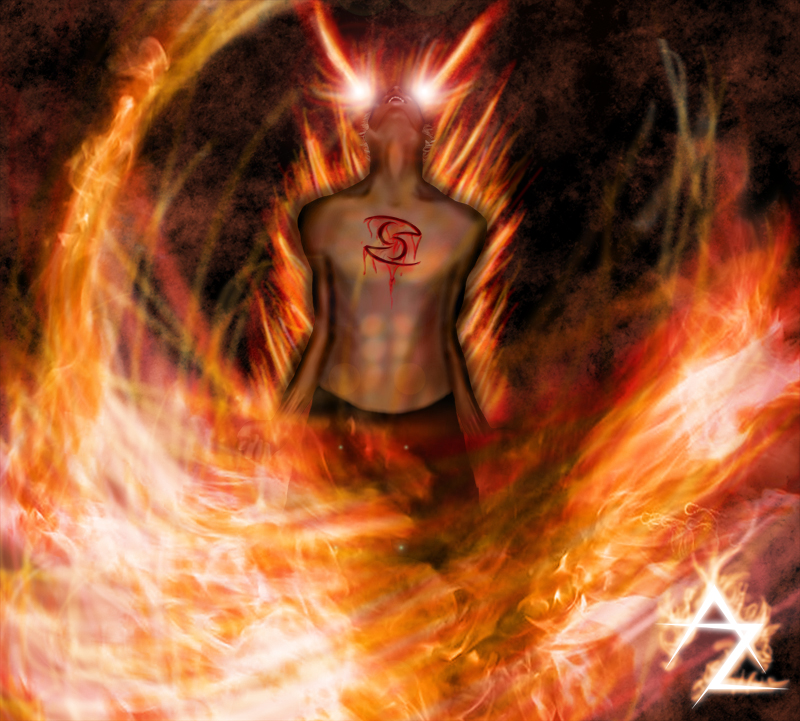 A rage mage unleashing the fury of his magic.

A rage mage plunges into to their primal fury; a bestial rage formed from the very essence of nature itself and the thrill of the hunt. Infusing their brute strength and connection to the arcane arts, spell-flinging barbarian is something most fierce and dangerous. Though he may be well-learned in mystic ways, a rage mage shies away from civilization and the order it carries. The wilderness suits the destruction usually caused, and allows the freedom required for such a chaotic soul.

Those casters who wish to spice their magic with the melee prowess of the barbarian, or barbarians who wish to increase their options with arcane spellcasting, are most suited to become a rage mage. Only one level of barbarian is required, so many expand their combat abilities through levels of ranger or fighter.

All of the following are class features of the rage mage.

Weapon and Armor Proficiency: Rage mages gain no proficiency with any weapon or armor.

Spellcasting: At each level besides 1st, 4th, 7th, and 9th, you gain new spells per day and an increase in caster level (and spells known, if applicable) as if you had also gained a level in a spellcasting class to which you belonged before adding the prestige class level. You do not, however, gain any other benefit a character of that class would have gained. If you had more than one arcane spellcasting class before becoming a rage mage, you must decide to which class to add each level for the purpose of determining spells per day, caster level, and spells known.

Instinctive Casting (Ex): A rage mage has the ability to cast a number of spells while raging. At first level, a rage mage is able to cast one of his spells per day while raging, each rage, and it increases by another one each other odd level. This is the same rage that allowed him access to the class, not a new one. If a rage mage doesn't use all of his instinctive castings in a rage, they are lost and do not carry over to the next rage.

Spell Fury (Sp): Upon reaching 10th level, a rage mage can quicken one spell of 4th level or lower (as if he had used the Quicken Spell feat), but without adjusting the spell’s level or casting time. He may use this ability once during each rage.

Chaos fuels the rage, and without it, the rage mage falls short of the power required to carry on. Should a rage mage become lawful, he loses all class abilities except armored mage.

Combat: As a rage mage, you have several options based on the spells available to you. Most are front-line casters, using their spells to augment their own combat abilities. Others take the standard role of a mage, saving their fury for dire situations.

Advancement: The shortcomings of following a sole-caster role afterwards are low Hit Die and poor base attack bonus; Whereas the martial path does not increase your casting abilities. Most rage mages simply continue leveling in alternations of barbarian and whatever spellcasting class they prefer. Others find another prestige class that suits them, such as eldritch knight or Elves might go into the arcane archer.

Resources: As a rage mage, you're typically capable of handling things yourself, living in the wilderness, and using your arcane magic to accomplish whatever your strength and senses cannot.

Rage Mages in the World[edit]

NPC Reactions: NPCs tend to steer clear of rage mages because there's little telling what might reign down upon them should they say the wrong thing.

Characters with ranks in Knowledge (arcana) or Knowledge (nature) can research rage mages to learn more about them. When a character makes a skill check, read or paraphrase the following, including information from lower DCs.

Rage Mages in the Game[edit]

An NPC rage mage is typically found in the wilderness, knitting themselves in with barbarian, druid, and ranger clicks. They're generally unruly, blunt, and rude, though often well-learned in arcane magic. A rage mage is not necessarily stupid like a standard barbarian, and should be feared for it.

Adaptation: Alternatively, the rage mages could be a close group, protecting their homes as the top of their forest village or town. Or possibly even trained at a college to channel their natural instincts.

EL 12: Egadden Dennet is chieftain of a village hidden away deep in the woods, a meritocracy. Though generally neutral, trespassers are not treated well, and inhospitality could lead quickly to hostility. Egadden will likely make a rash decision that turns the mood of his villagers without question, and he will act as he believes they wish him to. Strong, brave, and their defender.