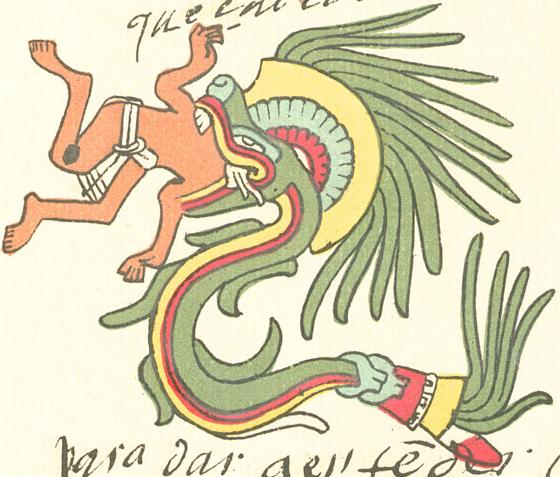 Quetzalcóatl is the Aztec deity known as the feathered snake god. As one of their most revered deities, he receives much power from heart sacrifices in his name and as such is one of the most powerful of their pantheon. See the wikipedia article on Quetzalcóatl for more details.

Quetzalcóatl encourages the same general practices as the other Aztec gods and goddesses, namely heart sacrifices to himself and the Sun, and the many strange religious practices of the Aztecs.

Quetzalcóatl's clergy are all Aztec Priests. They are usually bloodstained and filthy, and not beyond eating the flesh of their foes. His temples are impressive stepped temple-pyramids covered in bloodstains from sacrifices.