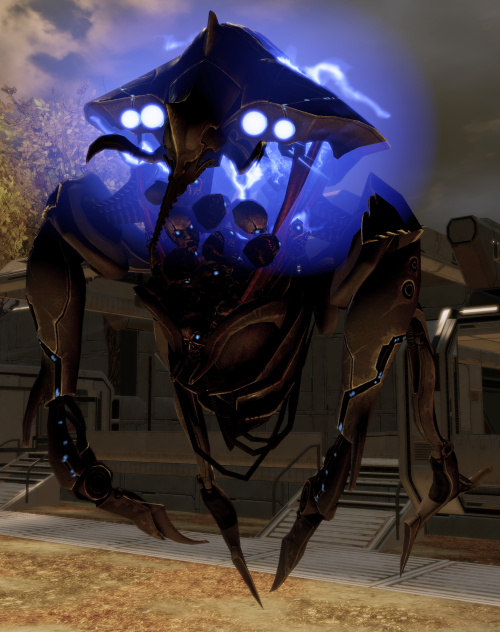 You suddenly hear an unearthly wail. You see a creature flying rapidly towards you. It has an insect-like head with four eyes and glows bluish-purple. Its four legs dangle loosely beneath it and are as sharp as swords. As it nears you notice that it is made of dozens of strange skeletons fused together into one large beast, the skulls visible inside its over-sized mouth.

The praetorian is a slow-moving flying collector construction which appears in Mass Effect 2. It consists of thirty deformed husks fused together, and has a strong barrier and powerful armor, giving it high durability.

Praetorians single out one target and fire their particle beams while slowly hovering towards him. When they are close enough or had their biotic barrier depleted they use their death choir ability.

Biotic Barrier (Ex): This creature uses biotics to create a powerful kinetic barrier around itself. The barrier takes hits instead of the praetorian as long as it is working. It has 40 hit points and takes half damage from any supernatural sources.

Death Choir (Ex): Always comes immediately after a slam attack as a free action. The praetorian opens its mouth wide and screams loudly while expelling massive amounts of biotic energy. The attack does 5d12+7 energy damage to anyone within 20 ft. of the praetorian. After a death choir the praetorian's biotic barrier is fully restored. Foes that succeed a DC 17 Reflex save take half damage from death choir. The saving throw is Charisma-based. 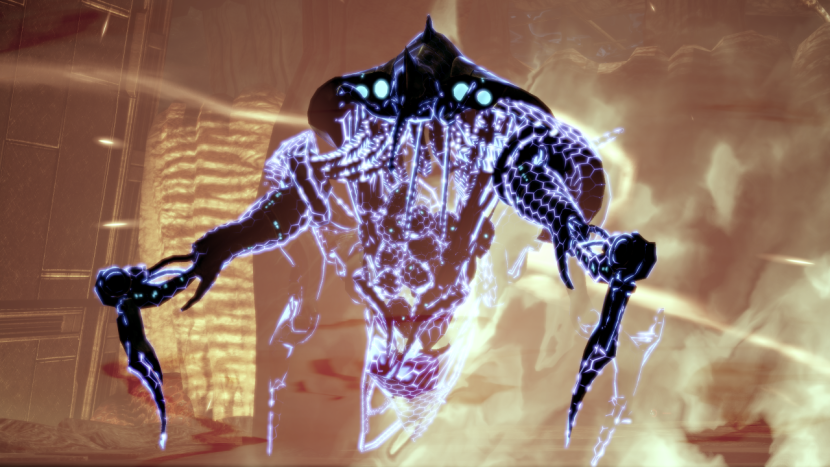