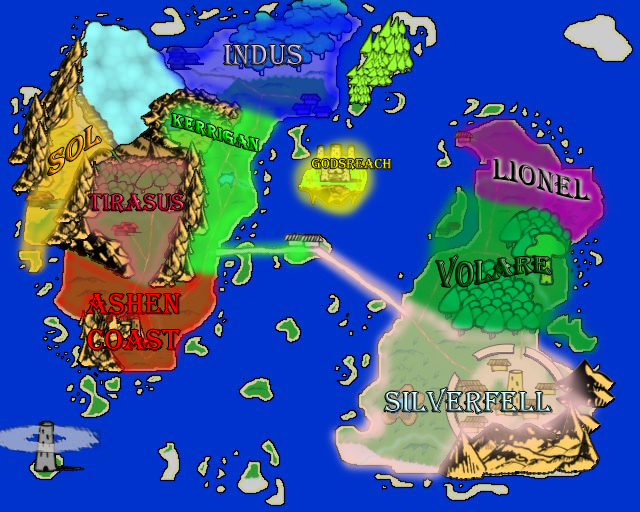 Civilizations of the Material Plane[edit]

Across the Material Plane's sprawling width, many civilizations have sprung forth, nestled in the bosom of whatever habitable location they can find. While the continents have constantly shifted, both geographically and politically, over the countless millenia since its birth, Tirr currently has eight political regions, each defined by war, diplomacy, and resources between the inhabitants.

Some entities have the unique privilege, or burden, of not being a part of a larger empire, either due to dispute or simply no will to join up. These small settlements and cities can be found in the world, usually part of race- or ideal-centric groups who simply pursue their own idyllic society.