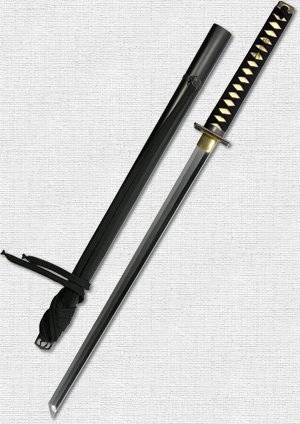 Ninja-to are straight edged swords predominantly used by Edo era ninjas. They are almost 3 feet tall from end to end, with a 10 inch grip. They were traditionally used for quick ambushes and one-hit kills, rather than drawn out fights. Regardless, ninja-to are surprisingly lightweight and very versatile cutting weapons. Ninja-to normally deal slashing damage.

Special: In a charge, a ninja-to is supported with both hands and deals double piercing damage with a critical multiplier of ×3. Ninja-to can be used both one- and two-handed without penalty, and are considered light for the purpose of Weapon Finesse.