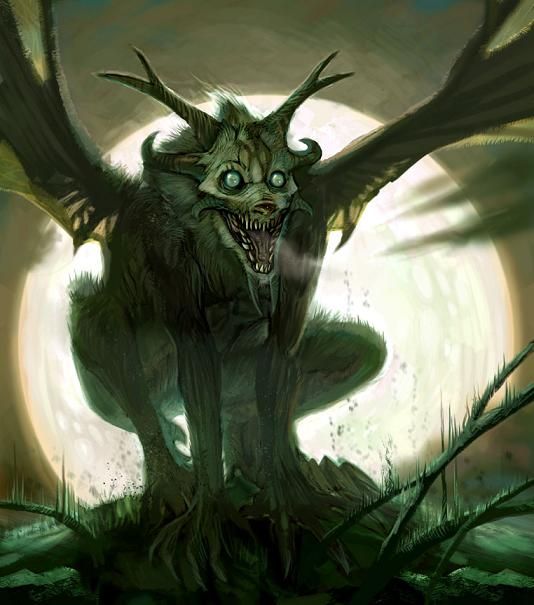 Nature's Incarnate are beings who have been chosen to be the wielders of Nature's Wrath. They wield the power of the world itself, through raw power. Anyone can become a Nature's Incarnate, but only those willing to become less human will survive.

All of the following are class features of the Nature's Incarnate.

Weapon and Armor Proficiency: A Nature's Incarnate is proficient with all simple weapons, light armor, and medium armor.

Elemental Fury (Ex): A Nature's Incarnate possesses an increased connection to the elements of the world.

At 1st Level: He chooses which element they have mastery over (or do it randomly), granting the user immunity to said element.

At 3th Level: He adds a (Con Mod)d6 of that elements damage to all attacks for half his HD + constitution modifier rounds per battle.

At 6th Level: He deals ½ HD in damage of the chosen element whenever an enemy makes physical contact with him, through grappling or natural and unarmed strikes.

At 15th Level: An aura of the element consumes the Nature's Incarnate, causing any enemy entering it to take (Con Mod)d8 initially, and then another (Con Mod)d8 every round inside the aura.

At 18th Level: The aura now gives him an unclassified armor bonus equal to his constitution modifier.

Animalistic Characteristics (Ex): A Nature's Incarnate becomes much more like the creatures that inhabit the forest.

At 1st Level: He grows claws and sharp teeth. These are equal to the Monks Unarmed Strike and level accordingly.

At 3th Level: He gains fast movement as a monk and swift tracker like a ranger and the scent ability of animals

At 6th Level: He gains a tougher hide, granting him an natural armor bonus equal to his strength modifier.

At 15th Level: He is not effected by the elements, letting him travel through extreme environments without ill effects.

At 18th Level: He gains wings with good mobility with a speed equal to his base land speed. If he already has wings, the wings become perfect mobility and its speed is doubled.

Bonus Feat: At first level and every iteration of 3 afterwards, the Nature's Incarnate gains a bonus feat.

Nature's Vision (Ex): Nature can see everything, no matter what the hindrance is. At 2nd Level he gains Darvision, Tremor Sense, Low-Light Vision, Blindsight, Touchsight, and Arcane Sight to at least 60ft.