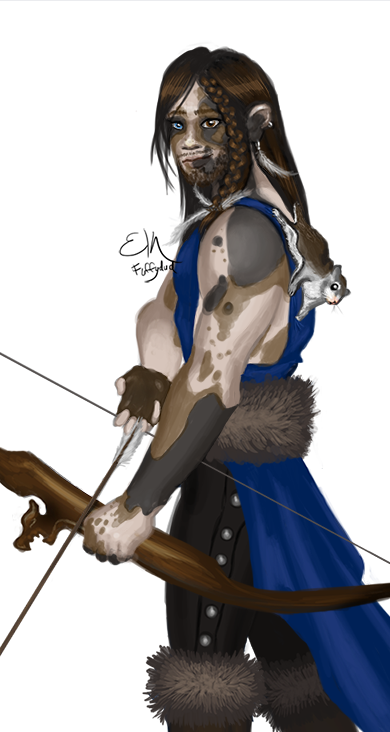 A grand nagualdl man with a flying squirrel friend.

The grand nagualdl is the most common nagualdl variety. Grand nagualdls have patterned skin which takes on many appearances: striped, spotted, large patches, and so on. Their skin colors and patterns range from pale pink to brown to black. They average the same height and weight as humans. They wear earth-toned fabrics, as well as fur, leather, and decorations made from feathers and claws.

Shapeshifting (Su): Nagualdls enjoy a special connection with nature and, particularly, the wildlife in it. Grand nagualdls are born with the ability to shapeshift into any non-magical, land-based mammal.